The Obsessed Artist Trope in Art

“You can justify anything if you do it poetically enough.”

Art may seem inert and benign but it can affect us deeply, especially if it activates old wounds or painful memories spotlighted or triggered by the art itself or a specific time and place in which it was experienced. The spectrum of interpretation that may be proliferated through certain characters’ acts is certainly a treat for a cinephile and a bookworm like me. I’ve always been drawn to ‘dark academia’ and ‘psychological thrillers’ hence I will try and dissect a few of my favorite pieces of art (in the form of books and movies) and highlight how they all circle the same boundaries of obsession that comes with the perfection of an art style.

“The only person getting in the way is you.“

“Do you blame Shakespeare for any of it?”

The question is so unlikely, so nonsensical coming from such a sensible man, that I can’t suppress a smile. “I blame him for all of it,” I say.

It is a human tendency to be drawn to what we cannot have and the aforementioned two films and book warn us that opening Pandora’s box can be lethal. Perfection is what we crave, and yet, it is also the thing we should arguably run away from. We continue to strive to find that level of madness in the things that offer just a smidge of validation to us. Probably because it stands as a testimony to the love that we have for art and all that it entails.

Just your average teenager who loves books, food and music. And then some. She is an English major, her life revolves around reading for college, reading to sleep, reading to procrastinate etc. If you are on her page, she already likes you. Be like her. Read a lot.
Similar Reads👯‍♀️

Entertainment
Why You Should Watch Little Women (The Movie)
Read more → 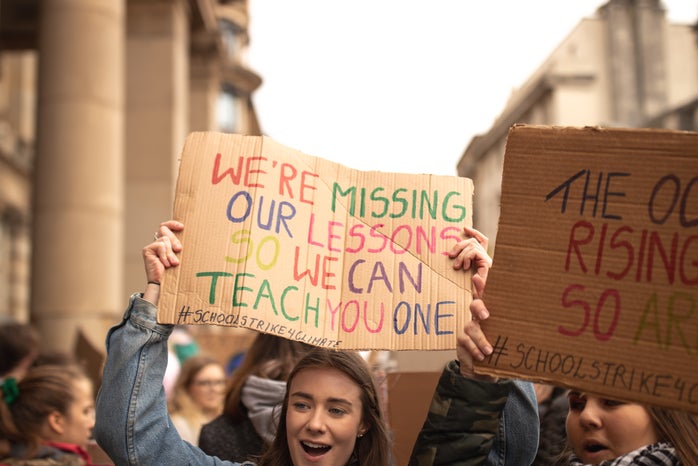 News
Towards Environment Education: Where We Are, Where We Want To Be
Read more →
Good stuff only!