Raya Is Disney’s Most Empowering Princess Yet

As I pull into the parking lot of the movie theater, I’m struck by an overwhelming sense of deja vu. 13 months. How has it been 13 months since I came here with my dad to watch “Harry Potter and the Chamber of Secrets”? Only 13 months ago, there were no masks or X’s on the floor telling people where to stand. No hand sanitizer containers on the counters or capacity limits. From the outside, the theater seems the same as ever. Marquee lights, movie posters, the dull smell of salt and butter. On the inside, the theater is almost eerily quiet and unassuming. The film offerings are few and far between. The staff seems bored. Still, I’m happy to be here. I grab a popcorn, make my way to Theater #9, and sit down with a limited few who seem similarly pleased to be out of the house.


After the long (really, really long) sequences of commercials finish up, the familiar Disney castle appears alongside its “When You Wish Upon a Star” theme. Much to my surprise, I unexpectedly tear up. I’m not a teary person (I can count the number of times I’ve cried this year on a single hand), but hearing the music on the loudspeakers chokes me up.

It’s been so long since anything’s felt normal.

Within the first minute of the film, “Raya” separates itself from other Disney princess flicks with its obvious absence of songs replaced instead by an action-packed score by James Newton Howard (“The Hunger Games”, “The Dark Knight”). The film seems intentionally set on creating a world meant for grown-ups. The film’s premise is pretty simple and I will give it with limited spoilers: it’s the end of the world (literally) because of a mistake Raya made as a kid. Six hardened years of the apocalypse have transformed Raya from the Chief’s pretty princess into a tangly-haired, teenage bad-ass living in a strangely familiar apocalyptic world without family or friends. The story follows her mission to restore peace and bring back the people she loves. The movie ticks all the usual boxes that include animal sidekicks, magical quests, and lesson-learning but Raya is an incredibly subversive heroin in that she is flawed.


Traditionally, Disney presents each of its princesses as female figures that young girls can look up to. Each movie illustrates a positive moral that can be applied to the viewer’s life. Rapunzel, for instance, learns to break out of her comfort zone. Mulan fights against the role she was born into. Moana trusts her gut. All of these are objectively great lessons for kids. Yet, what always seems absent is the flaw in the protagonist that leads to meaningful character development. Rapunzel, for instance, always wants to leave her tower but is afraid of Mother Gothel. When she learns to break out of her comfort zone, it feels less earned than if she had started perfectly content with her situation and changed her mind throughout the story. Similarly, Mulan begins her story as someone unhappy within the role she’s been assigned. When the story ends with the rest of Mulan’s world recognizing what a queen she is, the audience knows Mulan had it in her from the start. One of the most iconic Disney princesses ever, Cinderella, arguably never learns a lesson at all! She starts out as a kind and good person and simply ends up a kind and good person who is justly rewarded with a prince and a castle. This contains the great moral that what goes around comes around, but doesn’t adequately represent a fully-fledged, flawed human being. Girls deserve flawed princesses to look up to that look and feel like them. They deserve women who screw up majorly and still find themselves loved and supported. Enter Princess Raya!

When critics say that Raya is a great model for young girls because she’s got a rockin’ spear, intelligence, and independence, they leave out that Raya’s most significant impact on the Disney universe is that Raya is ordinary. She is flawed like every little (and big!) girl in the world and is still lovable. So what is Raya’s biggest “flaw” you might ask? Well, it’s one that many of us have; trust issues! Some common symptoms of trust issues include assuming betrayal, being overly protective, and distancing oneself from people for fear they’ll leave. Raya’s “flaw” isn’t even a flaw in her eyes; it’s a necessity. As an audience, we empathize because her betrayed trust is what turned the world into a disaster to begin with. Additionally, it’s a dangerous world; blindly trusting is not a part of the survival handbook. In this regard, Raya’s biggest flaw is simultaneously her biggest strength. Raya survives because of her refusal to take risks, yet sacrifices much of what it means to be human in her quest to keep moving. It is incredibly relatable for an individual’s flaws to be inherently linked to their strengths, which is why it makes it all the more difficult to reform overnight. If it were that easy, all of us would do it! Ironically, the only way Raya can overcome her lack of trust in people is to first find some people who will trust her. In comes the dragon!

I’ll be completely honest: I had no idea this movie involved Awkwafina in any way, so I burst out laughing the moment the dragon opened its mouth and all I could think was “‘Bawk, bawk bitch,’” from “Crazy Rich Asians”. Awkwafina rocked it in this role as a foil to Raya’s untrusting, skeptical self. Sisu, the dragon, is the film’s comic relief but also the resilient survivor. Like Raya, she’s been through her fair share of trauma but maintains that trust is necessary in order to restore the world. Over the course of the story, Raya learns to believe in people and, in typical Disney fashion, makes choices that lead to a better self and a better world.


I could write pages upon pages of my thoughts on this film, but wish to leave you with this: please go see it. Whether in theaters or on your living room television, there is no better time to watch a film all about making it through a strange world without losing faith in humanity than right now. This film is about your sisters, your nieces, your cousins, your mother, and you. It is mandatory viewing for your fathers and brothers and male relatives who deserve to see a great film about a strong female character. If for no other reason, watch it for Awkwafina’s hilarious delivery of lines like “Ya broke it!”

Hannah is a freshman at the College of Arts and Sciences. When she's not writing music or reading Jane Austen, she's likely having a Harry Potter movie marathon, hiking up the side of a mountain, or thrifting at Goodwill.
Similar Reads👯‍♀️ 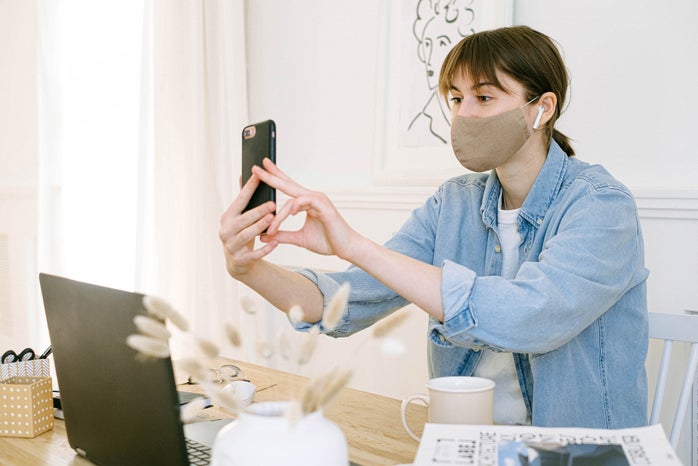 News
Thoughts on the Racist Book Ban in York, Pa., from an Alumna
Read more →

Mental Health
Dear Old Me, This is Why Your Insecurities Meant Jack-Shit
Read more →

Fashion
Save Money, Save the Planet, Thrift it!
Read more →

High School
I am a Shrinking Fish: Transitioning from being #1 to 1 out of 32,000
Read more →
Good stuff only!