*Disclaimer: This article contains spoilers. Please proceed with caution or take a look at one of our other articles!*

I have been a huge fan of the Artemis Fowl series since elementary school. It was one of the first series I fell wholly in love with; from the characters to the plot to the clever wit, everything about Artemis Fowl was perfect. All it needed was to have an accurate movie (or TV series) adaptation. There were so many fan castings with actors and actresses that seemed to be made for the role, including Asa Butterfield as the gangly, black-haired, blue-eyed title character, Artemis Fowl. It would have been truly perfect if the movie were in production when Asa was younger since the series followed Artemis as he grew up into a young man. I'm actually getting upset about how tragic it is that we were denied that opportunity.

Since I have been pining for an Artemis Fowl adaptation for so long, I was nearly willing to take anyone in the role of Artemis at this point if it meant getting a movie or TV series (I now wish we were given a TV series, but I suppose I can't be choosy). I heard rumors about the film around 2018 when the actors first started filming but didn't believe them until I saw the teaser trailer.

You must think I was overjoyed at what I was seeing, since I've waited so long, but I wasn't. Just from the teaser, I could tell they were getting so many important details wrong. Initially, I thought the plot would follow the books fairly closely or at least do them justice. Another watch-through showed that they casted a female in the role of Julius Root, who was canonically male. That would have been fine in any other circumstance but not this one. Root was not one of the main characters but a side character that was supposed to have an interesting, almost paternal, relationship with the main character, Holly Short. Holly and Root worked together on the fairy version of the police. Holly was supposed to be the only female on the force, constantly fighting to be taken seriously in this male-dominated career. Root was her commander and mentor who, despite giving Holly a hard time, genuinely cared for her. Replacing Root with a female character with a similar name completely takes away a large portion of Holly's powerful personality.

On the topic of neglecting characters, let's talk about Artemis again.

Artemis is a 12-year-old criminal mastermind and basically a certified genius. This boy has next to no interest in things that are not "intellectual," such as anything athletic. Zero athleticism. I cannot stress this enough. None at all, Disney, none at all. So tell me, why is Artemis surfing (???) after school within the first 10 minutes of the movie? The rest of the movie had him doing other athletic things that the real Arty would have never done. Plus, they downplayed his genius status by having him know things about the fairies based on stories his father told him. Um, wrong again! In the book, Artemis did his own research because he was trying to capture a fairy in order to trade it for the fabled fairy gold. Artemis wanted to stop using his dwindling family fortune to find his missing criminal father who disappeared during a weapons exchange and was currently presumed dead (another spoiler: the movie got that part wrong, as well).

The movie plot itself was completely and utterly cluttered and mixed up. The writers tried to fit plotlines from at least four books into the first book's plot and made the whole movie a train wreck. Artemis wasn't supposed to know his father was alive and being held captive, one of the villains shouldn't have been introduced in this movie and Artemis and Holly weren't supposed to be friends (yet). This movie was doing absolutely too much, and it pained me to no end to watch it.

I'm also the kind of person that will try to distance the movie from the book and judge it on its own, but even doing that couldn't make this movie good. It had a classic Disney ending, of course, but the happy ending tied things up too neatly to be satisfying, especially after such a confusing and action-filled plot. I can't think of anything that could redeem this movie.

If you want to really experience the wonderful world of Artemis Fowl, just read the book series. If there are enough of us complaining about this tragedy of an adaptation, maybe we can get a TV series like Percy Jackson is getting.

Paige Pennebaker is an aspiring writer who attends UNC-Chapel Hill as a Senior during the day. She enjoys writing fiction and has been published on shortfictionbreak.com. While fiction is where her heart is, Paige also has a lot to say about the real world and how to get by.
Similar Reads👯‍♀️ 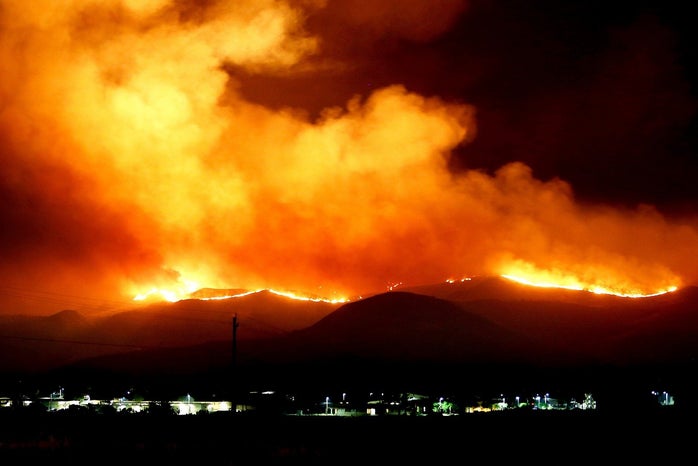 Academics
I Think I’m Allergic to the LSAT
Read more →
Good stuff only!