The article below was written by Nicoly Bastos and edited by Isabella Gomes. Liked this type of content? Check out Her Campus Cásper Líbero for more!

I completely love Taylor Swift. If you ask my friends my top three singers of all time, they would definitely say her name to you. But as incredible as it seems, it was not always like this. Her hits have been with me since the release of Love Story, this is a fact. But even listening to her songs – and loving them – I was not a big fan of the figure she represented and the way she behaved in the media. And I am sure I am not the only one.

A Victim Of Vicious Media Portrayal And A Sexist Society

We claimed to hate her when we only knew the bare minimum about her. When there was any news about Taylor Swift, the thoughts were all about her having ‘yet another boyfriend’, and everyone was annoyed at her always ‘good girl’ act. And I must say already that everything the media painted (and still does) was simply not true or made by exaggerated versions.

The truth is society started in a bad position with Taylor Swift early at the beginning of her career. The media saw a young and talented girl taking over country music at only 16 (when she was the youngest artist ever to write and sell a country album), and they just were not happy about it.

“When Fearless did win Album of the Year at the Grammys and I did become the youngest solo artist to ever win the award, with that win came criticism and backlash in 2010 that I would never experience before as a young new artist. All of a sudden people had doubts about my singing voice, was it strong enough? Was I a little bit pitchy? All of a sudden they were not sure if I was the one writing the songs because sometimes in the past I had had co-writers in the room”, said Taylor during her speech when received the Woman of the Decade Award at Billboard’s Women In Music.

Her documentary, Miss Americana, available on Netflix, is a great example to finally break out of that mindset. Even though I already liked her at the earliest of 2020, when I first watched it was the first time I could see Taylor Swift as a victim of vicious media portrayal and sexist society.

The way she was always painted as someone’s lover before a singer, how the lyrics of her songs – all written or co-written 100% by her – were ridiculed even without people hearing them properly; and the way that man like Kanye West thought it could intimidate a new and full of talent girl in front of a whole audience or even ridicule her in the lyrics of an extremely sexist song.

Taylor shows us that for over a decade, she has created a space for herself in an industry notoriously cruel to women. People even listen to her music and even so, she suffered for frivolous reasons.

“In the last 10 years I have watched as women in this industry are criticized and measured up to each other and picked at for their bodies, their romantic lives, their fashion, or have you ever heard someone say about a male artist, I really like his songs but I do not know what it is, is there just something about him I do not like? No! That criticism is reserved for us!”, said in her speech.

I was affected by this speech towards her for a long time too. When her album 1989 arrived in 2014, actually, is when I started to see things differently, while I also matured my ideas about patriarchy. In Reputation (2017) I was already spreading the word about Taylor Swift and Folklore arrived for me to scream “is truly the artist of the decade but you guys are not ready for this conversation”.

Taylor Swift is the music industry

Since very young, Taylor Swift has shown her impact in the music industry. She has always been responsible for writing 100% of her songs and started early on that, at countries, in a time where the only women making success in this genre were Dolly Parton, Shania Twain, Miranda Lambert, Carrie Underwood – way older than her. With only sixteen years, she was capable of taking the country to the whole world.

But Taylor Swift has never been a fan of being limited to one genre only. After the release of Fearless (2008) – which earned 4 Grammys for the youth singer – she started to incorporate pop in her songs and “Speak Now” and “Red” are a great mix of the beginning of her career with the desire of trying new things.

It was in 2014 that the singer definitely embraced pop and delivered one of the greatest – if not the greatest one – albums of its kind in history. “1989” got the best of the Grammy, winning the album of the year category once again with the work.

She also has admirable marketing planning. Ever since her first album release, in 2006, we could see a singer creating a different aesthetic for each new project. In Reputation, for example, we have her darkest era, but also pretty glam and abandoning completely the “old Taylor”, who she said was dead.

Taylor also leaves us clues to unravel every time announces or releases something, so we never get tired or forget to talk about her. There is no one like Taylor Swift. We are always looking for more of her, because she let us to.

more fearless than ever

Taylor Swift has always been relevant to the industry in general. In 2014, she removed her music from Spotify to protest against the small amount of royalty payments that the singers receive for each play of a song. In an interview to Yahoo Music, the artist said: “I am not willing to contribute my life’s work to an experiment that I do not feel fairly compensates the writers, producers, artists, and creators of this music”. It was not until 2017 that her music returned to Spotify, time when the streaming decided to give the artists a fair price, with “Reputation” album arrival.

Another example was in 2019, when Taylor signed a contract with Universal Music, and one of the required clauses was that every time the label sold shares to Spotify, all the artists there would get their part of its profit. And it did work, making her (again) being influential not only for her own benefit.

And last, but definitely not least, TS is not being intimidating for people who own the rights to her music and do not want to sell to her. She is actually using this as an opportunity to win another battle she was put into.

She embarked on a new phase of her career with the “Taylor’s version” of her first six albums. Re-making her back catalogue is a financially smart decision. As Taylor’s versions arrive online, the value of the originals will diminish — given the choice, fans will inevitably pick recordings that support Swift. In her social media account, she claimed:

“I feel very strongly that sharing what is happening to me could change the awareness level for other artists and potentially help them avoid a similar fate. The message being sent to me is very clear. Basically, be a good little girl and shut up. Or you’ll be punished”.

I kind of feel things changing this quarantine, when she released Folklore and Evermore. It was the time I felt more connected to her than ever before and I think it was like that with other people. She won for the third time the Album of the Year’s category with the first one and Fearless (Taylor’s Version) and Red (Taylor’s Version) re-records of old songs, which could already be enjoyed by new people – I dare say fans.

Even so, I still hear from friends that Taylor Swift embarrasses them, or that she does not know how to write anything other than about ex-boyfriends – as if she did not do that in a brilliant and unique way. Some people even felt ashamed of liking her 2020 and 2021 releases, like it was sort of a crime liking Taylor Swift stuff. She is one of the most eclectic artists nowadays, has nine albums – all of them pretty different from each other – and yet it is underestimated by the past built around her.

Yes, Taylor Swift has written a lot of songs about love and dating, but what artist does not?

“It seems like the pressure that could have crushed us made us into diamonds instead. And what did not kill us actually did make us stronger. But we need to keep advocating for women in the recording studios, behind the mixing board, in A&R meetings, because rather than fighting to be taken seriously in their fields, these women are still struggling to even have a chance to be in the room”, Taylor Swift, Woman of the Decade speech.

👯‍♀️ Related: The Cultural Impact Of Dune (2021) And How It Differs From The First Film Adaptation
Good stuff only!
We wanna slide into your DMs… (but via email)

Entertainment
“Love And Thunder”: Why Do We Need a Female Thor?
Read more → 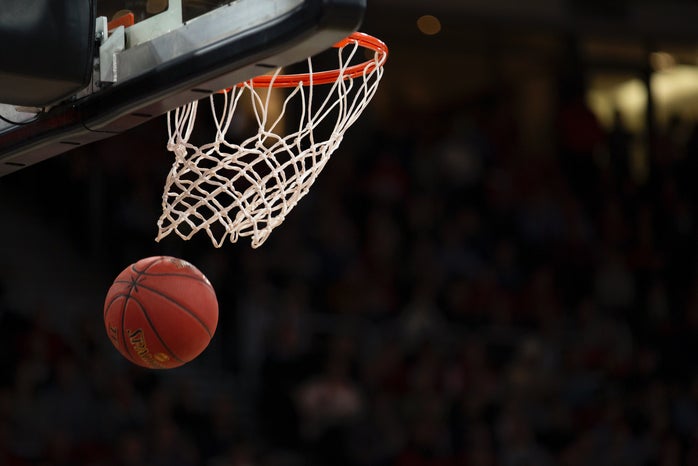 News
NBA: What To Expect From The Finals Stretch So Far
Read more →
Good stuff only!