HC at C of C
Entertainment

Cats the Movie: A Cat-astrophe?

In 2016, Broadway tried to revive Cats, but it closed after a year and a half. Then in 2019, a movie was made that cost Universal about 100 million dollars. I just Googled the film and the first words that popped up were, “Cats has lost around $100 million at the box office and no one is surprised”. I have to laugh at how grim this is. Even Google, the world’s largest online search engine, seems to be laughing at the joke that is the Cats movie.

No one can escape this conversation. If you are a person who pays the slightest bit of attention to pop culture, you’ve already heard all about the nightmarish CGI and something about cockroaches. Even people who haven’t seen the movie love to point out how ridiculous it is, and I have to agree.

I, however, love it so much. I previously wrote an article about how I thought the movie was going to be a complete failure. And, not to brag, but technically I was right.

Between the creepy people-cat hybrids and the jokes surrounding the Broadway revival, someone should’ve figured out how this movie would go over with the general public.

But now that I’ve seen the movie and I really have just one thing to state: this film is Cats in its purest form. My biggest fear was that they would force in a coherent plot for the movie, which is totally not what Cats is about. Thankfully, I was proved wrong. If you didn’t like this movie, it wasn’t because it wasn’t true to itself. If you hated it, you would probably hate Cats the musical, too.

The CGI was the worst part. They all looked fake and also too real, and sometimes you would see a full human hand which just didn’t make sense. Also, I love Taylor Swift as much as the next basic college girl, but the song they shoved in it was super not good.

I took some notes during the movie that I would now like to share. If anyone reading this has connections to a Hollywood exec who can fix these issues, please pass this list along:

I may have cringed in my seat for two hours, but I have to admit that I smiled a bunch too. And while many people have only bad things to say about this movie…they are still saying them. Isn’t that how we all justify the Kardashians, too? We love to hate them, but we have fun doing it. My final conclusion about Cats is that it’s very bad but very fun and it’s the Kardashians of musicals.

Okay, so if you read any of my other articles for Her Campus you’ll know I pretty much always use gifs. For this one, I looked up the Cats gifs and I think they illustrate perfectly just how visually chaotic this movie is. I have never in my life been more scared in my life by moving images. Enjoy.

Kathryn Collins is a Sophomore at the College of Charleston this year. She is majoring in arts management with a minor in creative writing. She loves traveling, watching terrible movies, eating brunch and other fancy lady activities. Instagram: @katiecollins_7
Similar Reads👯‍♀️ 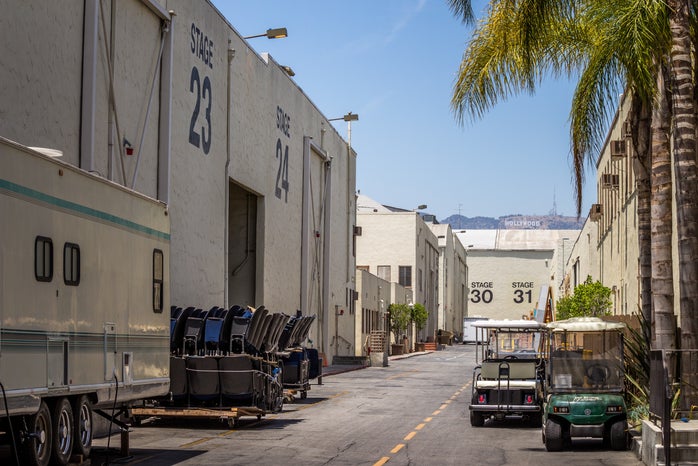 Experiences
Standing Up For Yourself
Read more →

Experiences
Witnessing Beautiful Strangers: A Poem About Nothing in Particular
Read more →