Cancellation, chaos & controversies – the scandals of the beauty world

If you are looking for controversy, look no further than the beauty industry. Contrary to what might be expected from a world of eye shadow palettes and lip gloss, the culture surrounding this billion- dollar business is anything but pretty.

Every celebrity – from Selena Gomez to Maddie Ziegler – wants a piece of the pie which Kylie Jenner and Rihanna have been devouring in recent years with the commercial success of their beauty lines, Kylie Cosmetics and Fenty Beauty. The days of popstars promoting subpar fragrances are long gone, as makeup is all the rage now. The creation of beauty products is, for many celebrities, nothing more than a side project, merchandise re-invented if you like. Competition is amicable due to their already -established, successful career in another field which patchy foundation is unlikely to tarnish. For those whose livelihoods depend on creating content on beauty, however, the story could not be more different: enter beauty YouTubers.

You would be hard pressed to find a community more toxic on YouTube than the beauty community. Earning hundreds of thousands of pounds for painting your face in front of a camera for a living seems like child’s play but, in reality, this career is no walk in the park. With scandals aplenty and cancel culture rife, controversial personalities such as Jeffree Star, who worryingly embraces his ‘bad-guy’ status, have proven time and time again that they will stop at nothing to end the careers of others in their community. Take, for example, the feud between beauty Youtubers and former close friends Tati Westbrook and James Charles back in 2019. In a YouTube video, Westbrook exposed Charles for promoting Sugar Bear Hair, a direct competitor with her supplement brand, Halo Beauty and accused him, amongst other things, of coercing straight men into sexual acts, explaining why she could no longer be associated with him. The battle lines were drawn and subscriber counts were monitored as the video sent shockwaves through the entire YouTube community. Charles became the first ever YouTube personality to lose one million subscribers in 24 hours whilst Westbrook gained an unprecedented 4 million subscribers. People from all corners of the internet were quick to react, including Jeffree Star and fellow YouTubers Nikita Dragun and Gabriel Zamora, but the rumours were put to rest when Charles responded with his video, “No more lies”, in which he refuted Westbrook’s claims, providing ‘receipts’ and screenshots of text messages as evidence. Had James Charles not uploaded this video, there is a high chance that his career and his moral integrity would have been unjustifiably destroyed at just 19 years old. Instead, he is now the biggest beauty YouTuber on the platform with more than 25 million subscribers to his name.

With freedom comes responsibility and, all too often, YouTubers in the beauty community have flouted this for personal gain. James Charles himself was guilty of this when he took part in the controversial TikTok ‘mugshot challenge’, posting a picture of himself with a bruised and bloodied makeup look. The challenge was considered by many to be distasteful and insensitive to domestic abuse victims and Charles later removed the post from Instagram. Jeffree Star is, however, the undisputed master of controversy within the YouTube beauty community. With accusations against him of racism, bullying and sexual assault, some might consider it shocking that he has remained relatively unscathed from his time on YouTube, reaping instead the rewards of his cosmetic empire, Jeffree Star Cosmetics. Beauty YouTubers, however, do not provide lessons in morality. The numbers of subscribers they have and the amount of money they make is not guided by how good they are as a person but by how invested people are in their content and how willing they are to buy their products. With people like Jeffree star masterminding controversy left, right and centre and gaining viewers on the back of it, beauty YouTubers have no choice but to be ruthless. There are, however, glimmers of hope. In January 2020, the dutch YouTuber Nikkie de Jagar (aka NikkieTutorials), one of the most influential names in the YouTube beauty community, revealed in a video that she is transgender – an act of immense courage which was met with an overwhelmingly supportive response from fans, other YouTubers and members of the LGBTQ community. The circumstances which led to this video should not, however, be overlooked. De Jagar made the decision to come out after someone had threatened to publicly out her. The fact that such a personal story was told to combat an act of malice is evidence of the price that beauty YouTubers in the public eye are often forced to pay.

It can be said that the world of beauty is not full of cotton candy and rainbows; it is a lion’s den in which only the fittest can survive.

Life
REALISTIC How To Become ‘That Girl’
Read more →

Wellness
Why Do We Intellectualise Our Emotions and How Is It Harmful?
Read more →

News
The BBC’s Impartiality Plan: Is It Enough?
Read more → 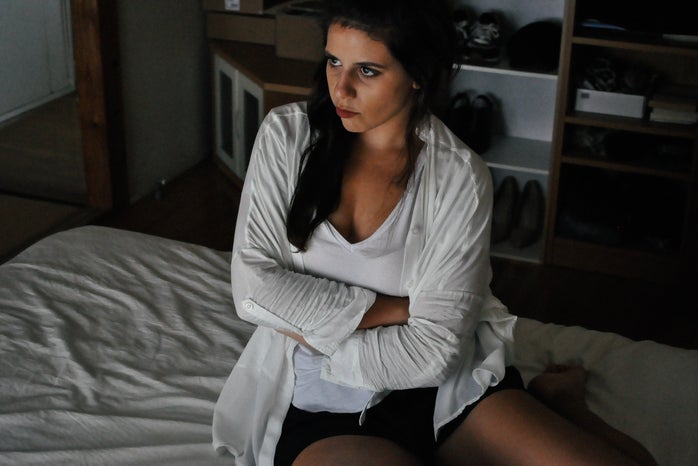