HC at Bradley U
Experiences

Growing up, I never knew how fortunate I was to be surrounded by home-cooked South Asian cuisine. I didn’t realize how much I craved classic Pakistani cooking like chicken handi, aloo chaat, biryani, gosht, gobi and other dishes until I relocated two hours away to college.

The funny thing is, I didn’t realize how much time and effort it takes to make each individual dish. I was selfish; I desired to dine in American restaurants. When I wanted to “reward” myself, I always went to Chili’s. My mother worked tirelessly from morning to night in a cramped kitchen to ensure that we ate nutritious, well-balanced meals and to expose us to our culture.

On occasion, I lament the fact that I did not learn to prepare these dishes. Although I understand that our university makes an effort to include dishes from my culture, they are, to be honest, somewhat bland. I believe they attempt to please everyone, hence it is rarely properly seasoned. It’s almost as if you’re eating a peanut butter and jelly sandwich, but the flavor is inconsistent. Nobody likes inconsistent peanut butter. I also can’t help but feel bad for my peers that have never ventured into trying South Asian food. I’m aware that a variety of stereotypes prevent people from doing so. Some of these stereotypes are “it’ll burn your throat,” “it smells awful” and most of the dishes are “curry-based.” I am here to tell you this is not true. There are plenty of options to select from that are not spicy such as yogurt-based meals. Most dishes don’t need to be spicy, they just need to be well-seasoned and prepared with love.

My elementary school classmates used to belittle me for bringing Pakistani food to school. Many of the stereotypes listed above would be mentioned by them. K-pop and anime are extremely popular right now. These influences have opened up people to be far more accepting in terms of food and music. I’ve noticed an increasing trend of folks who are completely okay trying Eastern Asian food. However, I’ve seen that South Asian cuisine isn’t held to the same standards. The trend here is very clear. Many people aren’t eating certain foods from different cultures because they are not considered popular by the West. The reason why this matters is that many South Asian restaurants do not receive the same kind of traction and business. This brings an unfair advantage to many of these restaurants.

I’ve discovered that a popular cuisine among non-South Asian Tik Tok creators is butter chicken. To be honest, I had never tasted butter chicken before last weekend, and I’m not sure how I feel about it. It’s possible that it’s because this butter chicken was from Peoria. There only appear to be three types of South Asian restaurants in Peoria. To be honest, none of them are particularly good. I tried very hard to like them, but it was quite tough due to the poor quality of the meals. The food is all very expensive, which I suppose is to be anticipated given that this isn’t a huge city like Chicago. The price of two slices of naan made me want to cry. I was just very excited to embark on a butter chicken journey, but regrettably, it did not measure up to my expectations. There wasn’t much chicken in it, and it tasted rather garlicky. I feel like I paid a lot of money for a dish that wasn’t particularly good, to begin with. Although this was my first time eating butter chicken, I am confident that the flavor was odd due to the strong garlic flavor. I was pretty upset about it, but then I remembered that I had ordered mango lassi as a dessert drink. Tell me why it had a weird cinnamon flavor? I was devastated because the main course had been a flop, but mango lassi has always been a comfort drink for me. It’s meant to be sweet, silky and smooth. I was given a watered-down mango drink with cinnamon. This brings me to my main point. If you want to eat South Asian food, either prepare it at home or go to a place with a larger population and more diversified cuisine. Peoria isn’t it, and I wouldn’t waste your money there.

Hi, my name is Amal! I am currently a junior at Bradley University. I am a psychology major with a Biology minor. I have a deep appreciation for literature and I love snow globes.
Similar Reads👯‍♀️

Life
The Beginning Of An Ending
Read more → 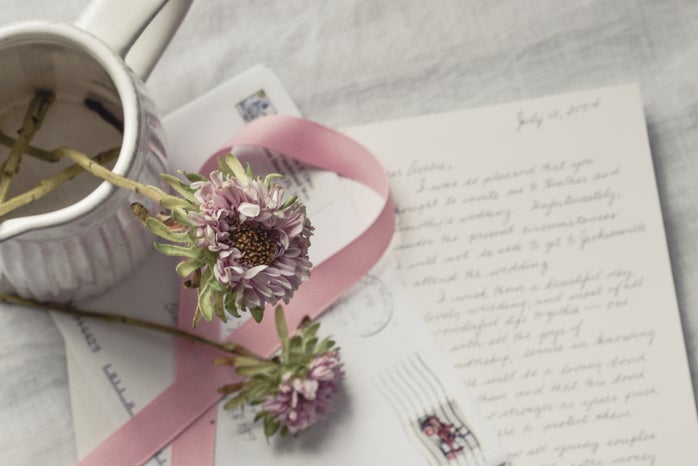 Sex + Relationships
What to do When You’re Single on Valentine’s Day
Read more →
Good stuff only!