5 Reasons Why Your Hookup Should Stay a Hookup

Love is beautiful, don’t get me wrong. But whether it’s recovering from trauma, working on mental health, being too busy, or even just being immature, good love requires a lot—and there are so many things in life that make being in love not the best thing for a person. Let’s give a big round of applause for… hookups! Hookups are their own ordeal alone. There are different types, levels, and arrangements for hookups, but the main gist of it all is that things are just physical, not emotional. Should be pretty simple, right?

Yes and no. Humans crave interaction, and depending on the person, it can be really hard not to develop feelings for a hookup partner that you constantly see, even if there’s already been a conversation not to pursue more. Sometimes transitioning from a hookup to a relationship works, and everything is great. Other times, things crash and burn. Either way, it’s a great idea to do some excessive thinking before starting something new, and as your friendly cynical romantic, there’s definitely a lot I can say about why something that starts out as a hookup should probably stay that way. Feel free to use any of these five reasons on your indecisive, hopeless-romantic friend (we all have one):

1. A relationship isn’t going to mesh well in your life at the moment.

Holy cow, a relationship is a lot of work. If you’re already choosing to go the way of hookups, and everything is going really great for you, it might seem like you’re ready for more. But what if things are great because hookups are time efficient? Or because you don’t have any other needs (such as emotional) that need to be constantly attended to because you’re actually in the right place with yourself? A relationship could mess up your smooth sailing and push your life off balance; it could be that one extra thing that makes it so you have too much on your plate. It’s not worth it. In these cases, it’s important to be able to know the difference between wanting something and missing something. If you know that the piece missing in your life is a partner, that means that you know that the addition of one would only contribute to the quality of your life, thoughts, and decisions. That’s different from just wanting a relationship.

2. There are definitely red flags you’re choosing to ignore.

We all know that when we’re talking about a true casual hookup to friends, the line “Oh they’re super great, I just wouldn’t date them/they’re not my type/I’m just doing this for me” probably comes up at least once. That’s why they’re a hookup! But look deeper. Why aren’t they your type? Why wasn’t dating them your first interest when you met them? Were you previously anxious about what your friends or family might think if you were to give that partner a title? What did they do that made you sure, at least in the beginning, that you didn’t want to be in a relationship with them? I think that if a person really saw a potential relationship with someone they had met, they wouldn’t start a hookup arrangement just because they didn’t want a relationship at that point—hookups are notorious for being short term, no one in their right mind would want to screw up a chance at a serious relationship out of something rather flexible.

3. Your friends don’t think they’re good for you, and they’re probably right.

Most of the time your friends can tell when a hookup is doing you better than usual or if it’s just a hookup. If you’re constantly gushing about how great the sex is and how great of a person they are at the same time, your friends would most likely ask you if you’ve considered something more with them. That’s when hookups-turned-relationships may work out. Your friends mostly see you in your typical day-to-day state, and if that has changed for the better since seeing your hookup, it may be a good sign. However, if this hookup has been going on a while and they’ve stayed silent the whole time, it’s usually one of two things: 1) they don’t see anything more than a hookup a good idea for you or 2) the guy’s just not a good fit for you. Any sort of lovey emotion usually dims the red sirens that may be going off in the more sensible side of your thinking, but your friends will still see them. Hopefully, if you’re more of a sensitive type to catch feelings fast, they stop you from an unfit hookup partner in advance. Case in point, your friends being silent is never a good sign when wondering whether you should try and make something more out of your hookup.

If this is a true hookup, you’re only seeing them on the side. It’s a small part of your life, you’re only there for the “good” stuff, and then you go back to your normal lifestyle where you try to be productive, healthy, and successful. Your hookup could be a mini vacation from the chaos in your life, it could be the weekly exciting escape from your 9-5 gig, or it could be just a hobby out of boredom. What all these things have in common is that it’s a quite short event for reasons that different than what you’d want in a relationship. In a relationship, you’d want that person to be part of the chaos in your life, you wouldn’t want to escape them. A relationship can and should be exciting for you, yes, but it shouldn’t be just a weekly occurrence. And of course, your relationship shouldn’t be out of boredom! Sexual chemistry is great and often keeps you in a hookup arrangement, but the chemistry won’t seamlessly translate to a relationship. There are too many factors and aspects of a relationship that sexual chemistry just doesn’t cover.

5. They are probably not in the place for it.

Yes, there are at least two pieces in every puzzle! You might actually be ready for a relationship, though I’m not sure why you’re choosing to pursue that with someone who’s been only a hookup this whole time. Either way, you have to consider that they might not be as into the idea as you are. They could be working through any of the problems that you were working through when you knew you weren’t ready for a relationship or is just flat out emotionally unavailable and don’t want one. If they’ve never brought it up, whether in the beginning or during this entire time, they either have trouble voicing their feelings or just aren’t interested in going further in that sense with you. That can be harsh and hurtful to imagine, but affection in any arrangement is a two-way street, and as I mentioned sexual chemistry is not the same as relational chemistry. Everything in their life could be going great for them, they could overwhelmingly enjoy hooking up with you, and there’s still every possibility that they won’t develop stronger feelings for you. Cut them some slack, they can’t change the way they feel! You’re better off with someone who wants you as much as you want them, anyway.

Hey! My name is Allison Ling and I'm from Portland, Oregon. I'm a freshman at Bentley University in Waltham, Massachusetts and my major is currently undecided. I love traveling, finding good eats, and trying new things. I'm excited to share my take on topics such as skincare, lifestyle, and socials through HC. Thanks for reading!
Similar Reads👯‍♀️

Mental Health
Why We Are Grateful
Read more → 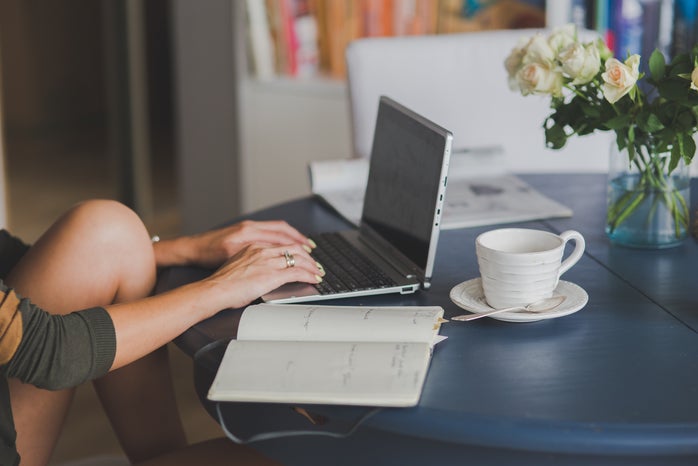 Academics
Why We Chose To Come To Bentley
Read more →
Good stuff only!