Yesterday morning, I took a break from oatmeal and made scrambled eggs with veggies. I was in the mood for something more savory than sweet and I realized I hadn’t had scrambled eggs for breakfast in a while, so I went for it. This type of dish is a great way to sneak protein and vegetables into your diet at the start of your day. It may take a little longer to prepare than a bowl of cereal or a prepackaged granola bar, but it’s much more satisfying. And it really only takes about five to 10 minutes tops.

I had two pans on the stove at once, both over medium heat and coated with cooking spray. In one, I put chopped onions and mushrooms and let them cook until they started to get tender and brown, at which point I added sliced cherry tomatoes and spinach and sautéed them for another minute or two until the spinach wilted. At the same time that I added the tomatoes and spinach to the first pan, I added one egg plus two egg whites to the other pan and scrambled them. Once the eggs were set, I mixed everything together on a plate, sprinkled it with some pepper and then proceeded to inhale it all in the span of about two minutes. I really need to work on eating more slowly, which is a goal I’ve continually set for myself but tend to forget as soon as food is put in front of me.

After loving Swiss chard wraps last week, I wanted to experiment with other bread alternatives for wrap-style lunches. When I was grocery shopping, I came across roasted seaweed sheets, or “nori,” which is what’s used in your favorite sushi rolls. It turns out nori is good for more than just holding sushi together, though. Nori is almost 50 percent protein by weight, and it’s also rich in fiber, vitamins and minerals – for only 10 calories per sheet. That means you could have about 10 sheets for the calorie equivalent of one piece of bread, and you’d be getting much more nutrients in the process!

To go with the sushi vibe, I decided to stick with Asian-inspired filling. I got terriyaki-marinated tofu and vegetables from the Whole Foods hot bar, which I then mixed with quinoa that I had made at home. I put a few spoonfuls of the filling in the middle of the seaweed sheet and then wrapped it up like a burrito. After my first bite, I realized how dry the seaweed was. It was hard to chew because it kept sticking to my mouth. So I got a little dish of soy sauce out and dipped the wrap into it, which totally solved the problem and made the wrap even more tasty. I had three wraps total for a light but protein- and nutrient-packed lunch. I will definitely be trying more of these with different mix-ins in the future. Whatever you decide to fill your nori with, make sure you use some sort of dipping sauce to moisten (sorry, I know everyone hates that word) the wrap for easier eating.

If you’re into the food blog scene, you’ve probably seen, heard of or maybe even tried cauliflower pizza crust. It’s exactly what it sounds like – pizza crust made from cauliflower in place of regular dough – and recipes for it are everywhere. I’ve made it once before a long time ago following a recipe from the blog Rabbit Food For My Bunny Teeth, but hadn’t had it since. I was reminded of cauliflower pizza while editing a HC article for the Health section, so when I was hit with a serious pizza craving last night, I decided to test it out again. Recipes for the crust vary, but the gist of it is the same: you use shredded cauliflower to form a dough that you then top with whatever you like and bake it until it’s crispy. It has a different taste and texture than regular pizza crust (I mean, it is cauliflower, after all), but I’d say it makes a pretty good substitute considering how much healthier it is. The biggest difference is that the cauliflower crust is much more fragile is much more than regular crust, so you may have to fork and knife it if it falls apart when you try to pick it up with your hands.

This time around, I used a recipe for vegan cauliflower crust (most other recipes use egg and cheese) from the blog The Detoxinista. I thought the uncooked dough turned out well and I was hopeful that it would cook well. Unfortunately, I used tinfoil instead of parchment paper like the recipe called for, and when I went to flip the crust, parts of it ended up sticking to the foil, so it kind of got a little mangled. That’s why a big chunk is missing from the pie in the picture above. Whoops. But it was fine; I ended up eating it in bits and pieces, which was just as delicious. I topped mine with pizza sauce, spinach, roasted caulflower, cherry tomatoes and nutritional yeast. If you want to be able to pick your pizza up with your hands, I reccommend using light toppings. The roasted cauliflower kind of weighed my crust down, so I ended up eating it all with a fork.

It may not have turned out to be a regular pizza-eating experience, but this personal pizza was still very tasty and so filling. The recipe is reposted below so you can give it a whirl and hopefully succeed at keeping it one piece better than I did. The recipe is designed to serve two, so I just halved all of the ingredient portions to make a single-serve pizza when I made it. It may take more work than picking up a slice from your favorite campus joint, but at least you won’t have to worry about blotting any grease off of it. 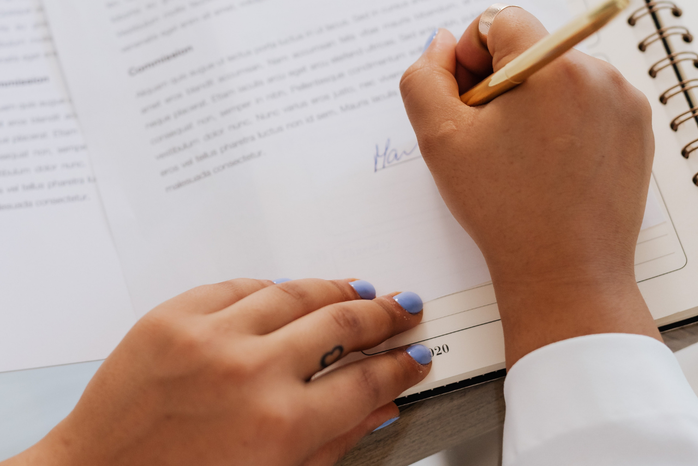