5 Moments From ‘The Bachelorette: Men Tell All’ Special We Still Can’t Get Over

Just when you thought we were FINALLY going to see the finale, ABC decides to give us the over-hyped Men Tell All special that no one asks for––aka the biggest example of procrastination on national television. Maybe I’d be a little less salty if Connor had gotten more screen time.

Anyway, here are the five most mind-blowing moments from The Bachelorette: Men Tell All special, and by mind-blowing I mean the parts that didn’t make you feel like leaving the room for a snack or bathroom break or whatever. Not gonna lie I straight up ordered Uber Eats halfway through everyone going off on Jordan and was 100% confident I would not miss a thing. Guess what? When I came back five minutes later, they were still complaining about that whole wearing underwear to the cocktail party stunt he pulled, like, 20 years ago. And, surprise, he was wearing it tonight. Yup, another visual no one asked for. Thanks ABC!

1. Colton cried about being a virgin, sort of

Yeah, so a couple of media outlets are seriously playing this as a big bullying story and saying that the other guys were viciously bullying Colton about being a virgin. Like, I guess? But I mean come on. Are we supposed to feel bad for him or something? It’s not like this isn’t 100% a choice Colton made for himself. Basically, the guys were joking around about it and Colton broke down crying, because he’s a sensitive little cherub and its just very on brand for him. No one ever said “Men Tell All” was supposed to be a safe space. I mean, they did let Jordan and his golden underwear in, so the bar is low.

Colton: I’m a virgin
Everyone: Yeah we know you said it like 5,000 times
Colton: OMG. Stop bullying me! I’m gonna tell!

Yup––that Tia. We’re still on the Colton storyline. Face it, the episode was 45% Jordan’s underwear, 45% Colton’s virginity, and 10% obviously staged apologies for dumb stuff everyone already forgot about. When Chris Harrison asked Becca about Tia, she was just like, oh yeah, we talk all the time and speculate over how much of a virgin Colton actually is.

Chris: What do you think about Tia, the girl who tried to ruin your life?
Becca: Well, we promote detox tea together, so we’re basically soulmates.

Remember Jean Blanc? He’s the colognoisseur that told Becca he loved her, gave her a bottle of custom perfume, then immediately took back what he said and asked for the gift back. Yikes. Needless to say, he got sent home immediately. But he was back in full force! And it seems he didn’t learn from his past mistakes because he showed up with a gift for Becca after awkwardly forcing himself onto the couch with her.

Jean Blanc: I brought you a gift
Becca: Not again, please make it stop
Jean Blanc: It’s perfume
Becca: NO WAY
Jean Blanc: It smells like rejection and my inability to take a hint

Twitter goes almost as crazy over Jason as they do over grocery store Joe, and that’s saying something. Jason legit just said that he doesn’t hate Becca and would be down to stay in touch––and everyone FREAKED. Girls, what sort of guys have you been dealing with? He’s just, like, being a decent human being. I half expected #GiveJasonTheNobelPeacePrize to start trending on Twitter.

Can we all just stop pretending that this isn’t all part of his campaign to be the next Bachelor?

5. The fact that nobody mentioned Lincoln

Lincoln, aka this season’s resident registered sex offender, was completely absent from the special––no one even mentioned him. Ofc, he obviously doesn’t deserve any more screen time or attention, but the fact that the franchise is just sort of trying to avoid the topic instead of raising awareness doesn’t exactly reflect well on them. Low-key, I think Connor was annoyed he couldn’t remind everyone how he threw that picture of Lincoln and Becca into the pool and show off how he was right about him all along. Tbh I’d rather watch that clip on loop for, like, a week, than ever have to look at Jordan in that gold underwear ever again.

Tune in next week to find out if Becca picks Garrett or Blake. Girl’s having a hard time choosing––somebody should tell her to call Reality Steve. I hear he has ALL the answers.

Follow Us
Brie Vascimini
Brie is the Sex & Relationships editor. She lives in New York City, where she studies psychology and creative writing at Columbia University. She is a feature writer and style writer for Her Campus National. She also covered Season 14 of 'The Bachelorette' and was the one behind all those snarky tweets and hilarious recaps. Follow her on Instagram and Twitter.
Similar Reads👯‍♀️ 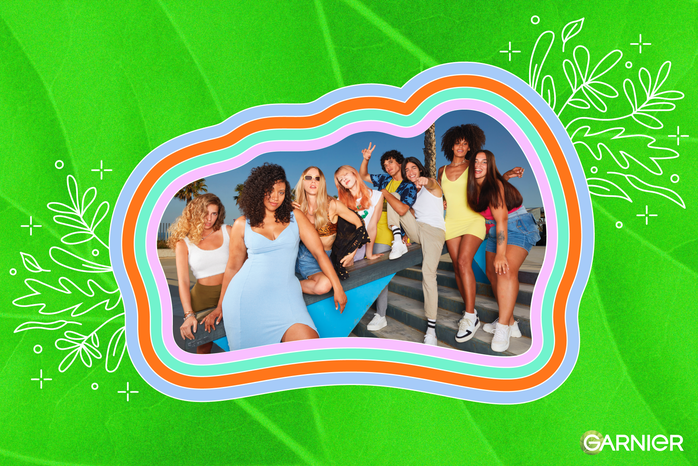 Life
Everything to Bring to College in 2022
Read more →

Life
Ready to Celebrate Summer? See How We Threw the Ultimate Pool Party with Nair
Read more →
Good stuff only!