TikTok made its new dislike button release for comments on Friday, Sept. 23. The launch followed months of testing after the company announced the feature back in April. According to Cormac Keenan, the head of trust and safety at TikTok, the dislike button was created to proactively remove negative content that violates community’s guidelines by allowing users to point out irrelevant or inappropriate comments. While cyberbullying happens on all social media platforms, TikTok has experienced its fair share of it, with 64% of young teens reporting getting cyber bullied on the app, according to a 2022 survey conducted by Security.org. While the new feature rollout is an attempt at mitigating cyberbullying and has good intentions, Gen Z TikTok users have mixed opinions on the new feature.

Some Gen Zers are actually hopeful that the new feature will help combat cyber bullying, and that the feature will be used for its original purpose. “Although I’m not sure about the logistics of the dislike button, I do feel it can be a step towards comment sections that aren’t overwhelmingly negative,” Hannah Tolley, 20, a senior at Florida State University, says. “Social media can be draining and whenever I click on a comment section that is just hate[ful] or inappropriate, it’s exhausting and saddening. I always wish I could do more for the creator of that video, so this dislike button will make me feel like I am helping curate a positive space. Hopefully, the dislike button will filter out those harmful comments and bring forth that the dislike button could be abused by users with ill intentions.”

Nicole Diaz, 21, a student at University of Puerto Rico, Rio Piedras Campus, is also hopeful that the new feature will give internet trolls a word of caution. “[The feature is] annoying because it takes up space, but maybe it will prevent some hateful people from commenting,” Nicole says.

While some Gen Z users see the benefits of the launch, others feel that this new feature may be used for the wrong reasons, despite TikTok’s initial good intentions. “While this feature can be a way of ‘hiding’ negative comments further down in the comments section, making the ‘positive’ comments stand out more, it could also be a way for people to possibly silence others that are simply sharing their own opinions on a topic (these being of a non-offensive nature),” Ana Emanuelli, 20, a student at University of Puerto Rico, Rio Piedras Campus, says. “It is something that needs to be handled with care and used with its primordial purpose, rather than something to be taken lightly and as a joke.”

Some Gen Zers also believe that this new feature won’t make a difference either way in the user experience, similar to how YouTube’s dislike button doesn’t do much to counteract hate speech. In other words, while features like these are good in theory, do they actually work? “[TikTok is] doing too much, TBH,” Madison Bailey, 21, a senior at Appalachian State University, says. “If someone on TikTok doesn’t like your comment, they’re gonna let you know by replying.” Katelyn Schmisseur, 21, a senior at Chapman University, agrees with Madison. “Honestly, I didn’t really notice much of a difference! I’ve never seen a comment with ‘negative likes’ so I don’t know how much the button really matters,” Katelyn says.

Will TikTok’s new dislike button turn out to be effective in the long run? Who knows, right? But if it does, it could do a whole lot of good in making TikTok a safer and more positive space online.

Claudia Colon is an English Literature and Biology major and a National Feature writer for Her Campus. When she isn't overwhelmed with the study of cells and chemistry formulas, you can find her watching movies, playing video games or journaling. She aspires to make a living and establish a meaningful connection between art and science.
Similar Reads👯‍♀️ 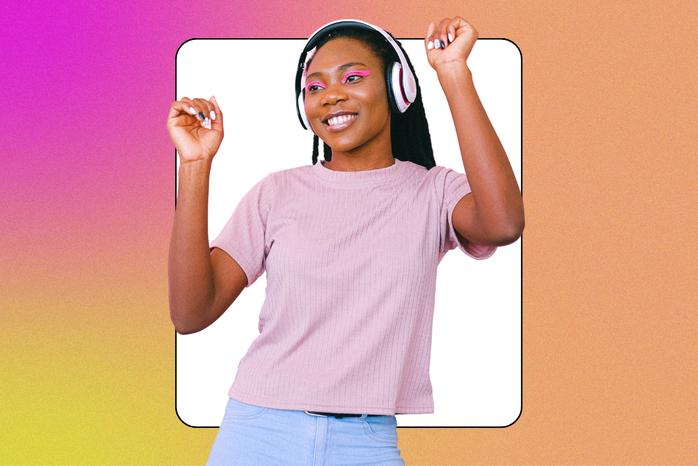