What Your Chinese Zodiac Sign Means, For Each Year Of Gen Z

Twelve animals (Rat, Ox, Tiger, Rabbit, Dragon, Snake, Horse, Goat, Monkey, Rooster, Dog, and Pig) represent the Chinese zodiac signs, or shengxiao, which means “born resembling,” according to China Highlights. Every year in the repeating zodiac cycle of 12 years is represented by a zodiac animal, each with its own attributes.

For example, 2001 was the year of the snake, so if you were born in 2001, you’re a “snake.” In Chinese culture, an individual’s horoscope, personality, and love compatibility are all affiliated with their Chinese zodiac sign, dependent upon their birth year.

According to Thred, Gen Z has taken a liking to astrology because it offers a guide to those in need and provides a glimpse into the future. Regarding the events of your life as a part of a larger plan may provide comfort. While in the past, people often relied upon religion for such answers, many individuals now use astrology — and many cultures have their own forms that differ from Western astrology, and that are worth delving into.

Many Chinese people believe that the zodiac year begins either at Chinese New Year (day one of the lunar year between January 21 to February 20) or the Start of Spring (the first of the 24 Solar Terms, beginning on either February 3 or 4). However, China Highlights reports that most Chinese people regard the Lunar New Year as the onset of the zodiac year, while mostly traditionalists and professional astrologers utilize the first solar term. So if you’re wondering, “What is my Chinese zodiac sign?,” here’s a breakdown of each sign for Gen Z’s birth years in honor of AAPI Heritage Month, what they mean, and what. celebrities you share your sign with.

The zodiac sign Ox is the second position in the Chinese zodiac. The Ox is the strongest animal of the 12 Chinese zodiac signs and is referred to as “the good helper” in Chinese farming. The Ox is a token of diligence, strength, honesty, down-to-earth persistence and wealth. Often patient with a strong want to progress in life, Oxes best achieve their goals through consistent effort. They aren’t easily influenced by others or their environment, but they persevere in doing things in accord with their ideas and capabilities. Kylie Jenner, Jungkook, and Camila Cabello are all Oxes.

The Tiger, representing strength, exorcizing evils, and bravery, is regarded as the king of all beasts in China. Individuals born in the year of the Tiger are often brave, passionate and optimistic, and they enjoy challenges and adventures. They can also be rebellious, stubborn and brash. Tigers are often authoritative and express themselves boldly. They can be capable leaders with their confidence, courage and ability to manage whatever they must endure. Shawn Mendes, Tana Mongeau, and Jack Harlow were born in the year of the Tiger.

It is believed that people born in the year of the Rabbit are vigilant, witty, quick-minded, and ingenious. Rabbits are regarded as gentle, quiet, elegant, alert, skillful, kind, patient, and responsible. While they can be hesitant to share their thoughts with others, they are faithful to the people around them. Madison Beer, Sabrina Carpenter, and Lil Nas X were all born in the year of the Rabbit.

The fifth of the 12 Chinese zodiac animals, the Dragon embodies power, nobleness, honor, luck and success in traditional Chinese culture. A supernatural being, the Dragon is the only imaginary animal amongst the Chinese zodiac, and the most powerful despite their villainous reputation in Western narratives. People believed in ancient times that due to their dominance and ambition, Dragons were the most qualified to be leaders. Dragons have within themselves a natural courage, tenacity, and intelligence and are also enthusiastic, confident, and not afraid of challenges or risks. Auli’i Cravalho, Addison Rae, and Willow Smith are Dragons.

The seventh animal in the Chinese zodiac, people born in the year of the Horse are thought to be studious, athletic and energetic. They like to be a part of a crowd, so they gravitate towards events like concerts, theater performances, meetings, sporting events, and parties. They do not mind the spotlight and enjoy being the center of attention, charming their audience. Horses also often have great senses of humor and are skilled at banter. Maddie Ziegler, Skai Jackson, and Jenna Ortega are Horses.

Monkeys have alluring personalities and are witty and intelligent. They are thought to be mischievous, curious, playful, and clever.  Monkeys are fast learners and cunning opportunists with numerous interests. They often gravitate towards people who can stimulate them and keep them interested. They have both an eccentric and inquisitive nature and are sly, restless, and creative. Charli D’Amelio, Millie Bobby Brown, and Sofia Wylie are Monkeys.

The 10th animal of the zodiac signs, Roosters are straightforward, decisive and logical and are oftentimes regarded as perfectionists and good leaders. They prefer to be active and are usually popular amongst a crowd. Roosters are also talkative, outspoken, blunt, honest, and loyal, and they prefer being the center of attention. These individuals are usually at their happiest surrounded by others, whether it be at a party or any gathering. They will utilize any opportunity to be in the spotlight and showcase their charm. Alabama Barker and Avantika were born in the year of the Rooster.

Nikki is a senior at LMU from Honolulu, Hawai'i and is majoring in Communications Studies with minors in Journalism and Health and Society. She is also the president of Her Campus LMU.
Similar Reads👯‍♀️ 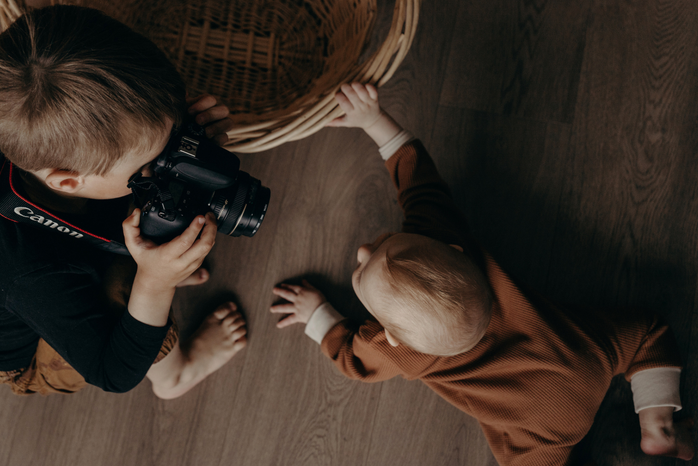