During my graduation, my professor stated in his speech, “Never accept a job just for the money, but don’t accept a job that offers no money.” When I heard this, I pinned it in my memory box of quotes because I knew I would want to remember that moment later in my career. Dressed in my cap and gown, I really felt that the world was mine. It wasn’t much later I discovered just how hard post-grad life can be, and I’m not just talking about applying to jobs.

Yes, that’s right, I’m talking about money. Once you’ve accepted a job offer and begin working at a company, you should be aware of how much other people in your role and in your industry are typically earning. It’s easy get uncomfortable when it comes to discussing salary at their jobs, but these conversations need to happen. You shouldn’t be embarrassed about asking a question you have every right to ask. According to Fast Company, as an employee, you should always ask for more money, because if you don’t, then you’re letting the company know you don’t value yourself. Essentially, know your worth, demand what you deserve and don’t apologize for it. 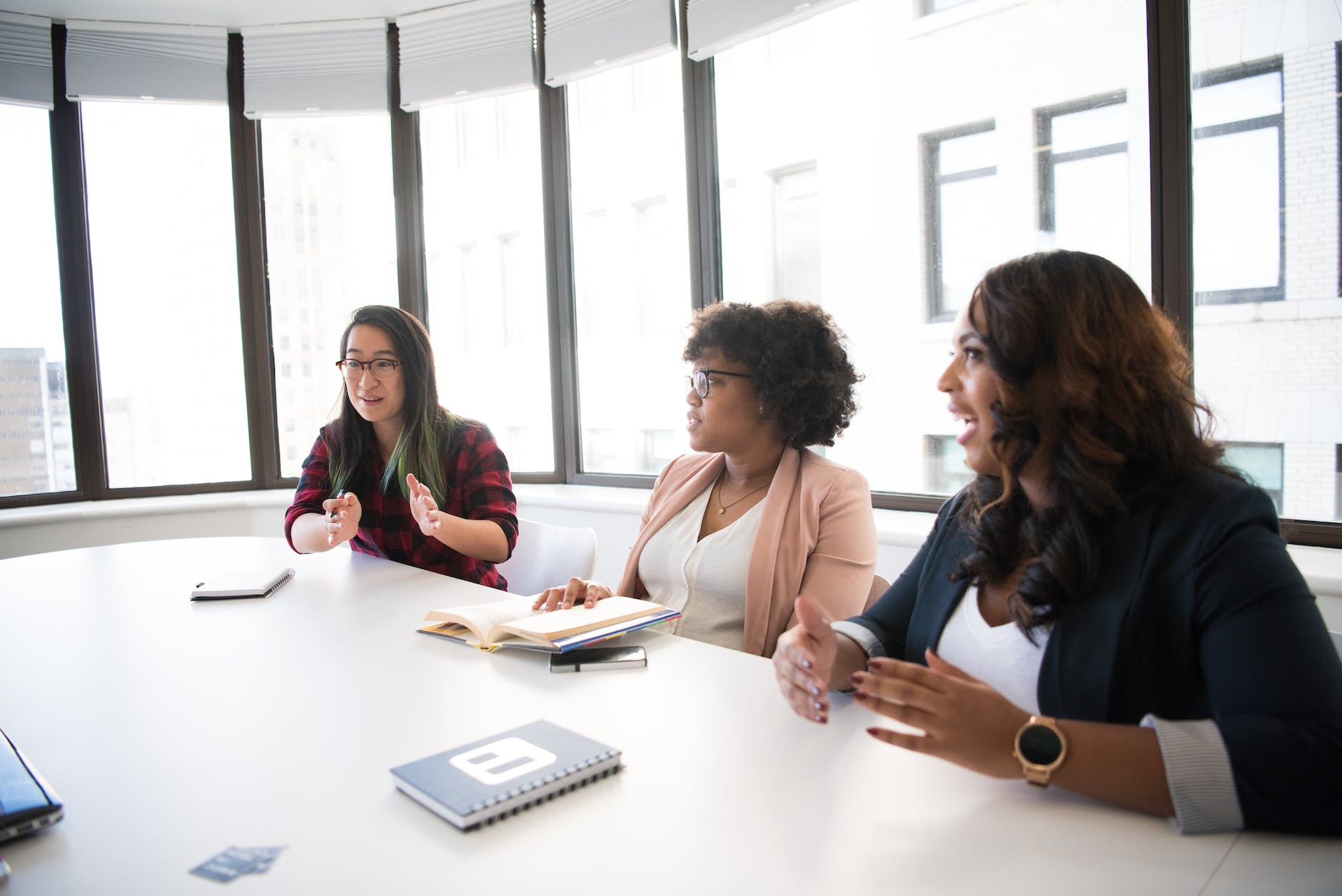 Do your research and do the math

After you’ve checked Glassdoor and LinkedIn and done your research on how much you should be earning in your position, what should you do next? Do you go ahead and set up a meeting with your boss? Before you do that, let’s think this through.

It’s extremely important to remain professional, and you should not see this as asking for more money, but rather prove why you should be getting paid more. When you do have this conversation, you have to go in prepared with as much information to be able to back up your case, and most importantly, do the math. That is why when you speak with your boss, have facts and data in front of you because having that knowledge will impress them — and you can’t argue with numbers.

Now, more than ever, women are demanding more money. In 2003, when co-author Linda Babcock published the book Women Don’t Ask, she discusses the gender divide when it comes to negotiations and how women themselves don’t ask for it. However, in an article published by The Cut earlier this year, writer Otegha Uwagba argues that women actually do ask, and it turns out women negotiate for pay raises at a higher rate of 31 percent to men’s 29 percent. This research challenges the idea that women are to blame for not being paid more because they “don’t ask.” Even celebrities have publicly demanded higher pay, like Ellen Pompeo from hit TV drama series, Grey’s Anatomy.

Women are natural-born negotiators. It’s all about considering what you and the other side want and how you can fulfill it. We need to put this skill to use in a different way that is more convenient for us in the workspace. Once you do that, your company will prioritize your needs because they will see that you are doing that as well.

The best way to negotiate

If you don’t feel comfortable asking for more money, there is another way. Nothing makes someone want you more than when they know they can lose you (something the corporate world and dating have in common). If you are overworking yourself, start to apply to other companies and see how the job markets are. The best way to negotiate an offer is to do your research, Glassdoor is a good friend of yours. Don’t be afraid to ask for the higher end of the spectrum or of the range. Some people will tell you that if it’s between 65 and 80, go for the 80. Don’t land on the 75. Salary is more than a base number; there are equity and bonuses. Evaluating total compensation can more impactful than focusing on the base salary. You gotta know how to do your numbers.

Of‌ ‌course, every company and situation is different. Sometimes, it really isn’t in a company’s budget to raise your salary. In that case, it’s your decision to stay or move on to something new. However, also keep in mind benefits, because you might earn more bonuses if you feel certain projects you’re helping with are more valuable than your daily responsibilities. As I said, know your worth, demand for you what you deserve and don’t apologize for it.

Hello there, my name is Caroline Dilone, I was born and bred in NYC and am a graduate of The New School where I majored in Journalism + Design. I have a passion for storytelling, travel, art, and coffee shops. As a former Her Campus New School Writer, I am so excited to return as an After College Feature Writer.
Similar Reads👯‍♀️

Work
How To Deal With LinkedIn Anxiety
Read more →

Work
Everything You Need To Know Before Working At A Startup Post-Grad
Read more →
Good stuff only!