You probably just read that headline and thought to yourself, “girl, you must’ve been disappointed by the end of the month.” Well, kind of. But I also kind of wasn’t. Let me explain.

For the last 30 days, I’ve been saving every receipt, muttering prices under my breath and writing down every dime I spent into a meticulously crafted spreadsheet. Sounds super smart, or super obsessive. Take your pick. But I figured this would be an interesting experiment since in just a few short months, I’m going to be a grown-ass college graduate who will have to deal with the scary financial shit I’ve been avoiding all this time. And, I wanted to at least try to start exercising good money habits (and learning more about what I blow through my bank account on so I can avoid that later).

I usually try to think of myself as a frugal person. I don’t spend that much money, and when I do it’s usually on stuff that’s really important — like new releases from Colourpop and the next viral ice cream cone. But I honestly didn’t think that I’d walk away having filled out my spreadsheet as much as I did.

Was it cringe-worthy to have to document my larger purchases? Kind of. Was it worth doing? Sure. Would I ever attempt this madness ever again? Hell. F***ing. Yeah.


I spend more money on social interactions than anything else

The last 30 days were huge for me in terms going out with friends. My money was basically spent on eating out with them, and those meals made up the majority of my spending habits (aside from my $130 purchase from PINK in one day). Not only that, but I also used social hangouts with friends as a way to unwind and forget about what I needed to do for class for a little bit. I found that being with friends is something I love doing, even if I’m spending $30 on brunch or $10 on taquitos at 7Eleven.

I definitely think this is something I should be aware of and budget for in the future, since I clearly spent a lot on that.

So, on one of the first days of this experiment, I needed batteries for a class project. Double A batteries. I kind of thought I already had one or two in my room that I could use, but I forgot to check before leaving in the morning, and I wanted to buy them right away because I wouldn’t have any time later on. I probably could have just waited until the next day to buy the batteries after checking to make sure that I actually didn’t have any. Or I could have asked around to see if anyone else had batteries I could use. But I was so caught up in wanting things to move quickly that I just put out the money for the batteries.

If we actually stopped to double check on what we already have before buying more of it, we’d save so much money. We tell ourselves that it’s totally okay to have extra because “you never know,” but it’s actually wasteful when you don’t have money to throw around like that.

Over the years, I’ve come to realize that there are certain things that are worth the investment. I’d continuously spend money on super cheap items that would break or be ruined within a few months, and then proceed to re-buy cheap items to replace them. And that was only burning a hole in my wallet. So, I started putting out the big bucks on items that I genuinely thought would last me a really long time so I could reuse them over and over again.

On a day with a great sale, I splurged on some clothes from PINK. It wasn’t anything crazy, but I got a pair of sweats that I have wanted for a really long time now, and it’s now my favorite thing to wear when I’m feeling lazy or just want to feel cozy. And I bought a new sports bra, which I have been meaning to get. These were some of my more satisfying purchases since I knew I’d use them and the quality is really good, so I’d have them for a really long time.

Starbucks may be the death of me

Or at least the death of my bank account. I’m seriously in Starbucks almost every day, but when I’m spending my college meal points at my campus Starbucks, I don’t really care what I get or how many times I get it (signs of a true Starbucks addict). But, when I was off-campus and had to use real money, suddenly I’d order a grande iced white chocolate mocha instead of a venti. I became more aware of what I purchased from the notoriously expensive coffee chain, but not enough to simply not buy anything from there. Seriously, that’s almost $35 a week, and that’s $140 per month. In other words, Every month of going without Starbucks would put me $140 closer to a trip to Paris.

Tracking my spending is smart, not obsessive

For me, anyway. It’s different for everyone and, honestly, I can really only speak for myself with this one. The habit suits me perfectly since I like being in control, and I don’t think that’s different for my money spending. It has made me more aware of what I should consider budgeting for in the future (near and far) and what I should do to avoid overspending in the future.

If you want to learn more about how you drain, er I mean, spend your bank account, try tracking all of your purchases. As for me, I think I might actually purchase a financial tracker so I can continue making note of how I spend money.

Jasmin is a News Blogger at Her Campus and chapter member at Her Campus Stony Brook. She enjoys blogging, photography, exercising and super sharp eyeliner. Check out her college lifestyle blog Macarons & Mascara and follow her on Twitter @jay_su_
Similar Reads👯‍♀️

Money
How To Figure Out Your “Money Personality”
Read more → 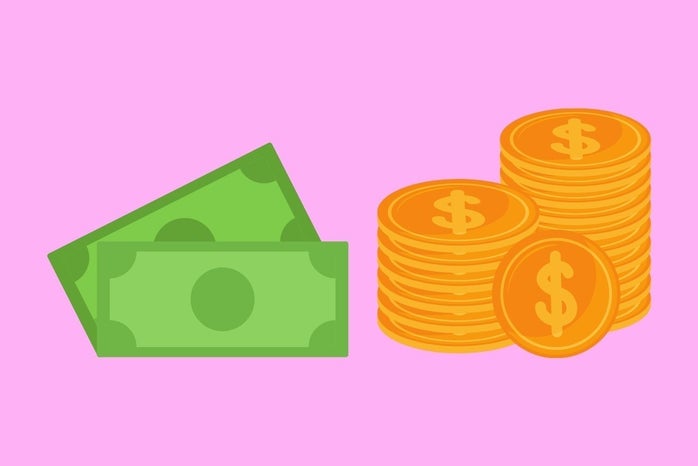 Money
How To Save Money In Your 20s, According To My Finance Major Parents
Read more →