Frenemies: When Friendships Become Toxic, and How to Deal

When You Realize the Friend is the Frenemy
This past summer, I found out I got the position as a writer on the Her Campus team. I was super-pumped for the opportunity, and my friends and family were excited for me, too. That is, all except one person. This person was my best friend since freshman year of college. We lived together for three years, studied in the same major, and found happiness in all of the same places. So why, if we were so close, couldn’t this person be happy for me? Dr. Irene S. Levine, Professor of Psychology at NYU Langone School of Medicine, defines a frenemy as “someone with whom you have an ambivalent friendship.” According to Levine, who has been called “The Friendship Doctor” by the Huffington Post and PsychologyToday.com, “the person seems to be a friend, but then has periodic or frequent lapses in behavior that are antagonistic or undermining.” Yikes. It seems I had mistakenly confused a frenemy for a friend. This is not uncommon. “A frenemy is an enemy disguised in friend’s clothing,” says Jessica Rozler, who co-authored the book “Friend or Frenemy?” with friend (not frenemy) Andrea Lavinthal.
When and Where Do We Find Frenemies? We’ve all heard it: “You’re going to eat all of that?” “Oh, that’s my shirt? It looks so different on you.” “You just started studying for the History exam? I started three weeks ago.” “I just love your healthy curves!” “I mean, I don’t think he’s attractive but I guess you like guys like that.” Women come across these types of friendships throughout their lives: In pre-school, it’s the girl who befriends you just so she can play with your brand new ‘Beach Babe Barbie.’ In middle school, she slips love letters in your crush’s locker. In high school, she was secretly pleased when you didn’t get into the college of your dreams. In college, these frenemies still exist. They compete to see who can get more attention from guys, who scores higher grades on exams, and whose butt looks cuter in the latest skinny jeans from Express. “College is a time in life when there are abundant opportunities for students to forge relationships with people who are living in the same place, under similar circumstances, with a great deal in common,” says Levine. “It’s also a time when women, and men, are trying to define themselves and their roles in society and they do so, in part, by comparing themselves to their peers.” It’s these comparisons that can cause jealousy, which can eventually turn a friend into a frenemy. “If you’re in the same classes, there’s that competitive factor,” says Lavinthal. “She might view you as a threat.” Author Lucinda Rosenfeld based her latest book “I’m So Happy for You: A Novel About Best Friends” on frenemies and the love/hate relationships that we create with our female friends. “I think we live in a very competitive culture in which women are expected to excel and achieve in multiple areas of life. We’re supposed to be extremely attractive, successful in our careers and our personal lives,” says Rosenfeld. “It creates a lot of pressure and I think some of that pressure ends up getting passed on to our friends and especially those friends with whom we’ve never felt entirely secure.”

Do Guys Have Frenemies?
“If guys are angry at a friend, they curse or punch or stomp off,” says Rosenfeld. “Women will call another friend to bitch about the other. So you have these silent wars that go on for months.” It’s true. How often do we fail to address our issues with the actual person we have a conflict with? And even if we do confront someone, it’s usually over e-mail, text messages, or Facebook. “Guys are typically more openly competitive, while girls like to analyze,” says Lavinthal. “Girls let it simmer and once it reaches the boiling point, it’s hard to turn back.” It seems that, unlike guys, we have a tendency to forgive and forget. We let girls walk all over us and then we allow them back in our lives because we want to believe that they can become a better friend. “It’s human nature to want to give people the benefit of the doubt,” says Rosenfeld. “So we tend to stick by our frenemies long past the point at which they’ve wronged us.”

Dumping the Frenemy
So you read this article and think—holy crap, I have a frenemy! Or, maybe you knew she was a frenemy all along. Now what do you do? First of all, you’re not alone. Even Dr. Levine admits to having a frenemy. “I’m embarrassed to say that I still have at least one frenemy. This particular friend is extremely jealous and makes some cutting remarks that make me feel uncomfortable. I’m trying to let her down gracefully, seeing her less and less often, and I think I’ll eventually let go.” Girls, if your frenemy is bringing you down, you don’t deserve it. It’s time to get rid of her. “If she keeps making mistakes and you see that the friendship has no redeeming qualities, you have to break it off,” says Lavinthal. The ideal way is to tell her to her face. But then again, “What girl wants to tell another girl she sucks?” says Rozler and Lavinthal. “Before you dump someone or try to mutually end a friendship, you need to do so cautiously because there’s no going back,” says Levine. So, evaluate the situation: was this a one-time thing or has this person let you down on numerous occasions? Have you been communicating clearly? How will this break-up affect your mutual friends? Dr. Levine suggests that sometimes  “the solution is just to downgrade a friendship so that it is more casual.” Stop making an effort to make plans with her, or going out of your way to see her. This way the frenem-ship can begin to slip away without a drama-filled confrontation.

What if I am the Frenemy?
If you realize that you are the toxic friend, take a step back and examine the situation. Remember that this is an important time in our lives to make lasting friendships. It’s not too late to change. “Don’t take more than you’re giving back,” says Rozler. Lavinthal agrees, “It’s the golden rule: Treat others the way you want to be treated.” Dr. Levine suggests that we be open with our friends: “If you squelch your feelings, they are likely to build up and seep out in nasty ways.” (Think—Gossip Girl wars between Blair and Serena, yikes!). Consider why you’ve been acting like a frenemy, and whether this is someone whom you would like to be a real friend to instead.

It’s Hard
Breaking it off with a close friend is just as difficult as ending a relationship with a significant other. But sometimes, it has to be done. For me, it took four years to realize how draining the relationship with this person was. It wasn’t until I got the position with Her Campus that I finally understood. This person was bitter and snide, even stooping so low as to writing AIM away messages dissing my success. (7th grade, anyone?) So, I did it. I broke it off. And I have never been happier. Appreciate the good friends you have and put your time into those that create a positive energy in your life. Remember, you can always make new friends. “In college, friends help us define ourselves and get through the practical hurdles of life,” says Levine. “If we are lucky, we can form relationships that last a lifetime.”

Cassie Potler
Cassie Potler is a senior at James Madison University in Harrisonburg, VA where she’s majoring in Media Arts and Design with a concentration in Print Journalism and a minor in Art. In addition to writing for HerCampus.com, Cassie works as a review editor for the James Madison Undergraduate Research Journal and a photographer for “Picture It! JMU.” She enjoys traveling the world and spent this past summer studying abroad in Ireland. Cassie grew up in Glenwood, MD where she was raised to be a devoted Ravens football fan. Her top guilty pleasures include stalking celebrities through Perez Hilton and watching old seasons of The OC repeatedly. She thoroughly enjoys watching summer storms, dancing to live music, and the McDonald’s dollar menu.
Similar Reads👯‍♀️ 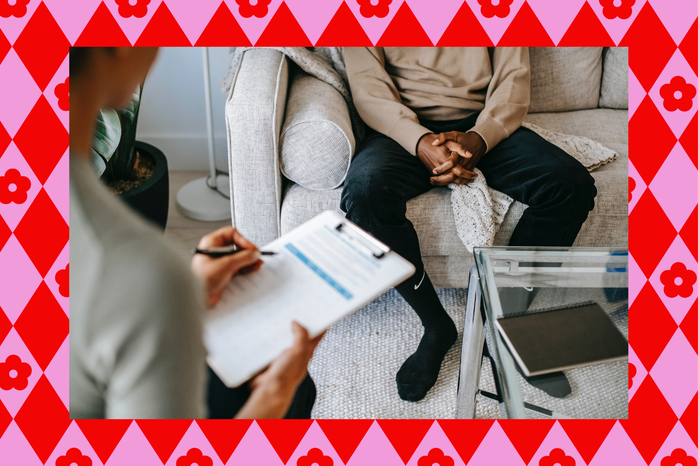