On June 15, Hailey Bieber launched Rhode, her new skincare brand that promises to make your skin look like a glazed donut. The young influencer dropped three products in her launch: peptide glazing fluid, barrier restore cream, and peptide lip treatment (in three flavors, including unscented, salted caramel, and watermelon). In an Instagram post on the day of the launch, Hailey wrote, “@rhode is an edited collection of efficacious, intentional skincare. our multi-tasking products are super wearable and glaze your skin with goodness.”

In another post, the 25-year-old model wrote, “Creating and building @rhode has been one of the most beautiful and rewarding things in my life - and now seeing it out in the world and seeing the response I am genuinely overwhelmed 🤍 thank you to my amazing team @rhode couldn’t do this without you. 🤍”

By now, the internet has seen their fair share of celebrity beauty brands, with lines like Kim Kardashian’s SKKN, Kylie Jenner’s Kylie Cosmetics, Rihanna’s Fenty Beauty, and Ariana Grande’s R.E.M. — but Hailey’s Rhode seems like a breath of fresh air compared to them all. But why? What makes Rhode different?

Hailey has been interested in skincare for a long time.

If you’ve been following Hailey for a while, you’ll know that she has been interested in skincare for years. Known for her clear and dewy skin, fans have always asked Hailey what she does for her skin to make it look so good (and looking like a glazed donut, of course).

Hailey has posted numerous skincare routine videos on her YouTube channel, as well as videos on other beauty tips and tricks. She is also active on her TikTok, where she shares shorter skincare tutorial videos. Unlike other celebrities and influencers who create beauty brands, Hailey expresses a genuine interest in skincare and has been passionate about it long before the birth of Rhode.

Her products are made with quality ingredients — and are affordable.

A common gripe with celebrity beauty brands is that their products aren’t affordable, or that the quality doesn’t live up to the hype. Kylie Cosmetics has been slammed on numerous occasions for being poor quality and having a tendency to “recycle old products” in new packaging.

In a video talking about her products, Hailey said, “I wanted [Rhode] to feel straightforward, [with] quality ingredients, good formula — and also, everything is $30 and under.”

Rhode is also intentional, and Hailey was very much involved in the process of creating it from the start. In that same video, Hailey shared, “These are the products I’ve been using for the past year, pretty much. I mean, more than that because I’ve been using everything since the testing phase, since the very beginning.”

By far, the most important part of all of this: Rhode is Hyram-approved. Hyram, who is well-known by Gen Z for his skin- and acne-related expertise and his own skincare line Selfless by Hyram, made a video with Hailey on her YouTube channel where he tried out her new products and shared his honest (and glowing) reviews.

Hailey had Hyram try each product and read the ingredient lists for each of them, telling him that transparency was one of the most important things to her in launching her brand. The two gushed over specific ingredients like shea butter and squalane that Hailey used in her products, demonstrating Hailey’s knowledge of skincare and her brand. “It’s minimal, it’s effective, [and] it’s intentional. I love it,” Hyram said to a pleased Hailey.

In creating Rhode, Hailey tapped into her audience, which is primarily Gen Z, to see what they really wanted. She took notes from other celebrity beauty and skincare brands, seeing what they did wrong and using that to her advantage. Using popular influencers among Gen Z like Hyram to back her products, as well as ensuring her products are intentional, affordable, and made with high-quality ingredients, Hailey was able to really speak to Gen Z — which is something that other celebrity beauty brands have missed the mark on in the past.

Zoë is an associate editor at Her Campus, where she covers Gen Z pop culture and viral TikTok trends. She is also a recent graduate from Loyola Marymount University, where she received her Bachelor of Arts degree in English. When she's not writing or editing, Zoë can be found reading, sipping coffee, and exploring Los Angeles.
Similar Reads👯‍♀️ 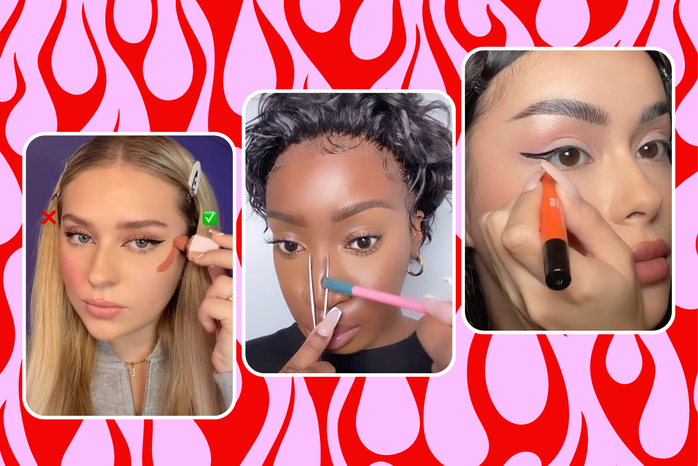