Though we’re nearing six years of friendship, the truth is there have been many times where their number has been on my blocked list. It wasn’t like we were constantly getting into fights, actually, the opposite is a better summary of our dynamic. For years, we were so not used to hurting each other’s feelings that we just didn’t know how to go about making it up to each other.

And this inevitably led to fights that blew up incredibly out of proportion. When I’d communicate that they’d hurt my feelings and they took space to try and process that, my instincts told me that it was a sign they actually didn’t want to be in my life. When I tried to take space to calm my insecurities, their instincts told them they had to latch on harder than ever or else they’d lose me. Obviously, we were dealing with a complicated intersection of impulses.

The story became a bit clearer when they started going to therapy, and their therapist kindly explained what an anxious attachment style entails in relationships. I had been a psychology major for a few semesters, and even though attachment theory had never really resonated with me, I loved my best friend, so learning more about what behaviors I should work to avoid wasn’t even a question.

But, as you’re probably guessing, that only cleared up half the picture. As much as I was mindful of not accidentally sending them signals that I didn’t care about our relationship, I couldn’t shake the impulse to jump ship whenever I perceived that they didn’t care about me. A year after learning about the anxious attachment style, I sat in a lecture for my psychology of interpersonal relationships, and it changed my life.


I had previously thought there were only two attachment styles, neither of which really fit me perfectly. Sure, I desperately craved emotional intimacy like the anxious-preoccupied style… but I also pushed people away when I perceived slight rejection, more similar to the dismissive-avoidant style. That day in class, I learned about the fearful-avoidant attachment style, where individuals “will simultaneously desire closeness and intimacy and approach potential attachment figures (close friends or romantic partners), but then become extremely uncomfortable when they get too close to those partners and withdraw.”

More than helping my best friend understand me better, having a framework through which I could understand my own conflicting instincts was life-changing. Whenever I would start pushing away the person I spent so much energy trying to get closer to, I would feel an immense frustration with myself, and that powerful self-hate bled over into my relationships. Knowing that I’m not alone in my mixed signals has been really healing.

Nowadays, we both know what to look for. They know that sometimes I just need space, and pushing for more closeness will only freak me out more. I know that they need the same reassurance that I do from time to time, just more frequently. Having taken the time to learn about ourselves revolutionized our ability to take each other’s psychology into consideration. Our communication is so much more patient and productive because we truly understand each other better than we did before.

My relationship with my best friend is truly one of the most important relationships I have in my life, and I’m so thankful for the progress we’ve made together. And, yes, being able to return to this article is going to help so much when I get that impulse to push them away because they’ve brought up that they want to get matching tattoos again… I’m working on it, okay?

Francesca Ott-McKay is a senior at VCU majoring in Psychology and double-minoring in Religious Studies and English. She hopes to pursue a career in clinical psychology that will allow her to continue her passion for writing YA Fiction.
Similar Reads👯‍♀️ 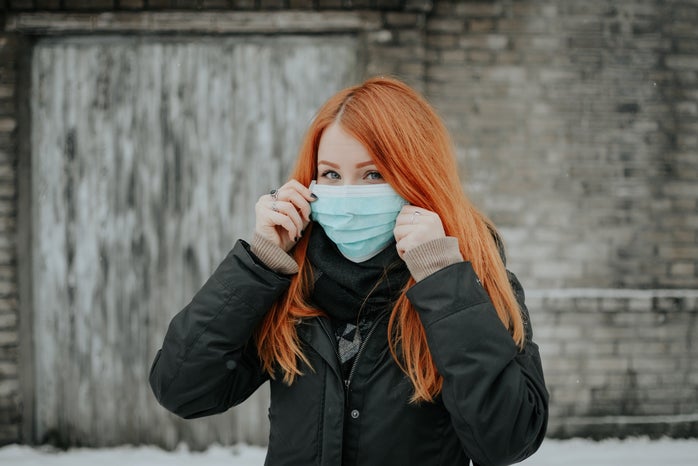 Entertainment
Was the 2021 Met Gala a Display of Performative Activism?
Read more →

Style
Finding My Style for the First Time Since 2019
Read more →
Good stuff only!