Series Review: Never Have I Ever

Netflix’s new teen rom-com brings excitement and second-hand embarrassment to every viewer. Believe me, that’s basically all I felt while watching it. You might think it’s not worth watching because it’s just “another coming-of-age rom-com series” but let me tell you, you won't regret watching it. It might have some predictable things here and there, but it still manages to be fresh and keep viewers interested, like the fact that it has a really fun narrator!

This series follows fifteen-year-old Devi Vishwakumar (Maitreyi Ramakrishnan) on her journey of trying to become popular, despite being a nerd with anger issues. After losing her dad to a heart attack, she lost her ability to walk, only to regain it after some months after seeing high school hottie Paxon Hall-Yoshida (Darren Barnet). Now a sophomore student, she decides that she and her two best friends, the theater enthusiast Eleanor (Ramona Young) and the robotics genius Fabiola (Lee Rodríguez), must become popular.

Devi tries everything to secure a place among the popular kids, even going as far as introducing herself to Paxton and offering to have sex with him (I know, yikes― I just wanted to hide under my bed because of the second-hand embarrassment this scene caused me). As the show goes on, a friendship develops between Devi and Paxton, and she reconciles with her academic nemesis Ben Gross (Jaren Lewison). Of course, because no rom-com is complete without a love triangle, Ben starts to develop feelings for Devi at the same time as Paxon does.

This series is not all fun and games, though. It may be comedy but it tackles more serious topics, such as death. After losing her dad, Devi seems to have put on a mask of not caring, even going as far as telling her therapist that he died but she had more important things to deal with, like becoming popular and trying to have sex with Paxton. But, as the show progresses, we see that Devi actually cares a lot about her dad, she’s just having trouble coping. Over the course of the series, we get to see some warm and fun memories of Devi with her dad, which clearly show just how much she misses him and how traumatized she is by his sudden death. We also see how much she struggles with her relationship with her mom, and how both of them deal with each other in the aftermath of the death.

One thing that I really enjoyed about the series is the diversity of the cast. The protagonist and her family are Indian, and the show weaves some of their cultural customs into the story. Her best friends are also POC: Eleanor is Asian American and Fabiola is Latinx (and gay!). It’s also mentioned that Paxton is Japanese American. Let’s also not forget Paxton’s adopted sister Rebecca (Lily D. Moore), who’s a girl with Down Syndrome. These are just some of the many diverse characters featured in the series, so if you're tired of watching shows with predominantly white and straight casts, I'm sure you'll like this one (I honestly loved it!).

This series was a rollercoaster of emotions. By the end of it, you fall in love with the amazing group of characters, each with their unique quirks and personalities. We need a season 2! I want to know what Devi will do next. Will she choose Paxton or Ben? Let’s now hope the next season brings answers soon!

Angélica is a Comparative Literature in the University of Puerto Rico, Río Piedras Campus. She's a wannabe writer that can be found cuddled up in her bed reading a book. Her biggest obsession is Harry Potter and anything to do with it. She has a lot of dreams for her future and hopes to work in a publishing house someday.
Similar Reads👯‍♀️ 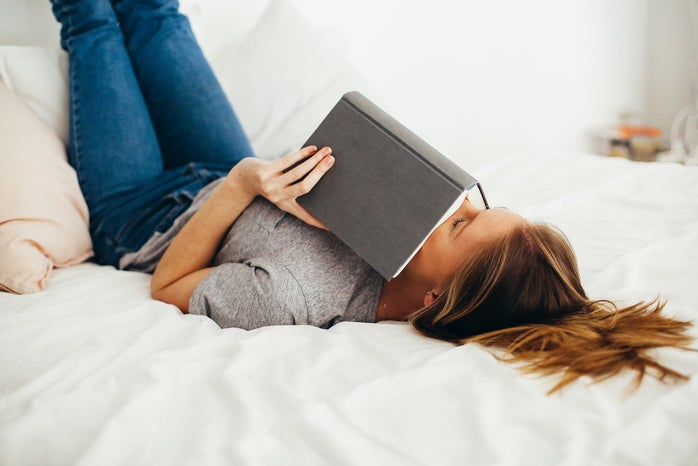