When I was younger, say 5 or 6, my mom would never let me sleepover at friend’s houses; I never questioned it. That is until recently. It wasn’t until last weekend while we were watching a movie, Split, where a girl is molested by her uncle, that my mother told me the reason why.

In a heartbreaking scene, where the young girl is being tricked by her uncle to get naked “and play with him like animals do”, my mother casually said: “You know, that’s why I never let you stay at a friend’s house until you were older.”

After my initial shock passed, I realized that her decision is completely understandable, and I would probably do the same thing in her shoes. I understood that it’s not that my mother didn’t trust the other children’s parents or siblings, it’s simply that she, like so many other women, wanted to protect me from the harsh realities of life. In the real world 1 in 4 women and 1 in 6 men are sexually assaulted, while 1 in 6 women and 1 in 33 men are raped.

What my mother failed to realize, and what is sobering to acknowledge, is that no one except the aggressor can control when or where sexual assault or sexual harassment happens.

The following are stories of sexual harassment and assault that have been contributed. Some of the authors have wished to remain anonymous.

When I was fifteen, I was in a relationship. I was in a new school and very emotionally vulnerable because of some family situations; you can imagine how easy it was to take advantage of someone like me at that point in time. He started the relationship by pinning me to the lockers and kissing and groping me without my consent. When we were just a week in our relationship, he asked me to follow him to the gym bathrooms; I did, thinking that he just wanted to talk. Once I got there, he pushed me into the stall and made me give him oral. He pushed my head down and everything. I couldn’t breathe. It was humiliating, especially considering that people saw what happened and didn’t do anything about it. He came in my mouth, and I swallowed it. I didn’t know what else to do. I ran and sat on the benches near the gym. He then came to me with a Sprite and some BS apologies, and I accepted them. I was ashamed and shaken to my core. I didn’t know what else to do instead of internalizing it and move on. We later broke up the next week, after I slapped him when I found out that he had been using me as a bet this entire time (that kind of “how far can you get with the new girl bet”). After that, he became my biggest bully and tormentor until my last days in high school with my peers and administration, placing the blame for his behavior and assaults at my feet even during graduation. I haven’t heard from him since high school, and frankly, I’ve forgotten what he looks like. Even though it took me years to finally process everything, I’ve finally made peace with it and can tell my story.

When I was fifteen, a boy that I thought was my friend tried to force himself on me. I remember exactly what I was wearing, and I can never forget that day. More than exactly what happened, I remember feeling so ashamed, which is why  I never reported it, because, since it wasn’t rape I felt I wasn’t enough of a victim.

I was drunk, en las justas, and I remember almost everything even though I was heavily intoxicated. I blacked out a few times; after one of those times, I felt his hands all over my body and him starting to take my clothes off. I tried saying no, but I couldn’t speak. Every time I opened my mouth I felt like I was going to throw up. It didn’t feel like I was in my body. It felt like I was watching it from the distance. He just used his hands, nothing more, and I couldn’t say that it was against my will because he was my boyfriend at the time and nobody would believe it. I still feel horrible. It still haunts me, and this is the first time I’ve ever told anyone.

I’ve always liked being in shorts. But, my family has always been a little against it, especially my mother. One day, as she told me to take off my shorts and go put on something longer, she told me a story about how once she was walking down the street, probably going home from getting something from the grocery store. She recalls making her way back home and seeing a car parked beside the sidewalk where she was walking. It seemed weird to her, and when she approached the car (because it was in her direction) she noticed the man had his genitals out and was touching himself as he saw my mother walk beside his car. My mother simply ran home after that. She never did anything about it, and never said anything. Until this day, she thinks her wearing shorts was the cause of such a disgusting act; when, in reality, it’s the man that committed this against her who is truly to blame. Shorts don’t make perverts. Perverts are just that, perverts.

I was stripped of my innocence at a very early age. My grandfather, my dad’s father, died long before I was born, and sometime after that my grandmother remarried a man a few years older than her. When I was around 4 or 5 years old, I had some kind of infection, a UTI or something, and of course, these are things that my parents would tell my grandma, and, well, her husband would hear that too. He was very old, almost 80 I think, and he was in a wheelchair because he had a leg amputated. During some of our many visits to my grandma’s house, my grandma would sometimes talk in private with my parents, and I’d be left alone with him. He would start touching my vagina asking me if it was feeling better; it happened a few times. I was 4 or 5 years old…I didn’t understand what was going on; he took away my innocence without thinking it twice. He died a year or two after that, and if there’s a hell. I hope he’s in the depths of it.

Harassment can start as little as someone as insignificant as a little immature guy on your DMs. I remember adding him on Facebook, I can’t remember why. He started writing me, but I kept ignoring it. After the hurricane happened, he was very insistent; I was doing volunteer hours, so I ignored his advances. He then started demanding that I had to be with him and said that I was in need of d**k. He started threatening me. I blocked him as fast as I could. Sometimes, I think he will have the audacity of creating a fake account to keep contacting me.

One night while leaving work at a beachfront property, I made my way up the stairs to the third floor of the parking complex. I heard the door downstairs close and footsteps rushing up behind me. I hurried out to the floor my car was in. “Why are you in a hurry?”, asked the guy that works near my station. His security, so I calmed down a bit as he walked me to my car, and we made small talk. He mentioned he wanted to go to the beach, and I added I hadn’t been to the beach in a while. He insisted we go then, but I was in work clothes, so he said we could go skinny dipping, and I laughed it off. I set my stuff in the passenger seat and got in my car, but he held my door open. I remember thinking: this is it. I emphasized I had homework and had to go. He kept talking to me, standing in between my door and me, for a few more minutes and then let me leave.

It’s truly unnerving to realize how sexual abuse, and the fear of it, has affected so many people in their short lives. While one may think he or she is alone in this experience, they are not. The purpose of sharing these stories is just that, to help victims realize that he or she is not alone in their struggles. No matter your age, physical appearance, race, ideology, or intelligence, sexual abuse can affect each and every one of us.

We thank all the authors that were willing to share their stories.

For more facts on sexual assault like the ones mentioned in this article, please visit the Connecticut Alliance to End Sexual Violence at EndSexualViolenceCT.org

Some of these submissions have been edited for clarity.

A History of Europe major at Universidad de Puerto Rico, Rio Piedras. She is a natural born leader that loves to get involved in all sorts of activities; loves animals, painting, and sleeping while it's raining. Plans on becoming a lawyer after graduating from 'la IUPI'.
Similar Reads👯‍♀️ 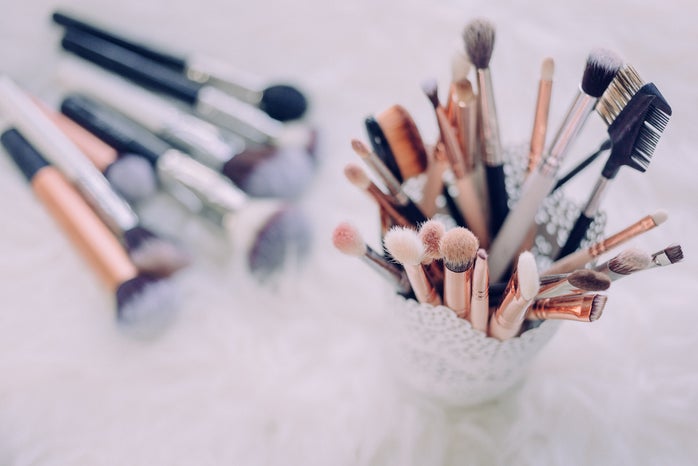 Experiences
It’s Time to Say Goodbye: A Farewell to La IUPI and Her Campus
Read more →
Good stuff only!