IIn the anime community, it’s pretty common to hear the phrase “Naruto beats Meliodas” every now and then. But, could the Nine-Tailed Fox realistically beat the successor of the Demon Lord? Here’s an answer to this question. 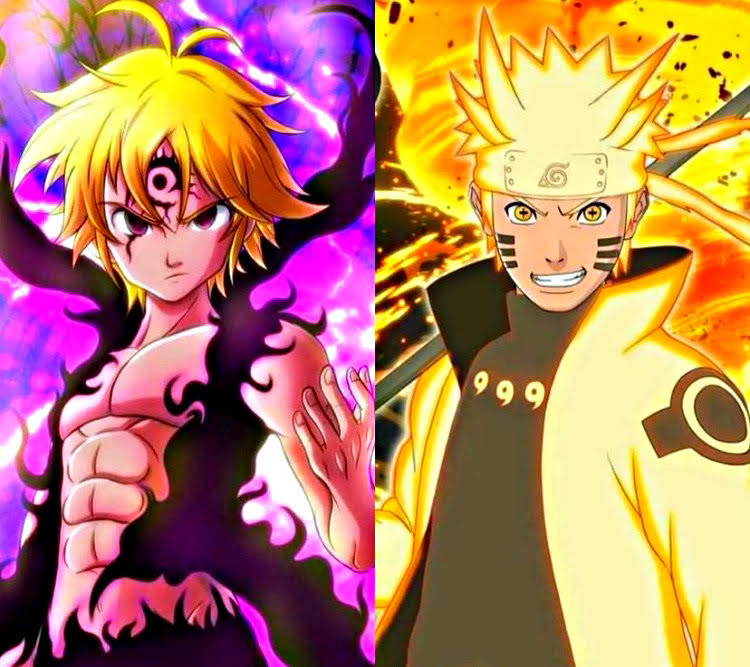 As the anime fanbase increases, new polemics arise. “Naruto beats Meliodas” is often used as a satire to provoke controversy among both animes’ fans. Even if this statement is hypothetically true, why is it and how does it occur?  Despite the fact that each of these characters belong to a different realm, Naruto Uzumaki from Naruto Shippuden and Meliodas from The Seven Deadly Sins are portrayed as the most powerful heroes of each respective anime. Naruto possesses the power of the Nine-Tailed Fox while Meliodas has the strength and abilities to defeat his father, the Demon Lord. Certainly, a confrontation between these two fighters would result in an epic battle destined to change the anime community forever. However, winning this fight takes more than just the public’s enthusiasm; the victory relies on each character’s strategies and durability and the definition of a simple word: chakra.

Meliodas, the captain of the Seven Deadly Sins and the eldest son of the Demon Lord, has the body of a human with supernatural abilities. Super speed, super strength, and immortality are some of his most important talents. His combat style mostly depends on his opponent’s magical attacks, which he reflects by using his Full Counter and Revenge Counter powers. Full Counter is an ability used through a tool, whether it’s a knife or a spoon, that reflects the enemy’s attack. On the other hand, Revenge Counter is capable of absorbing multiple attacks and countering them with multiplied damage. Thanks to this method, Meliodas was able toーpartiallyーwithstand attacks from ten of the most powerful demons, the Ten Commandments, all at once. The drawback of this technique is that it compromises the durability of Meliodas’ body against the opponent’s power. If Meliodas isn’t able to tolerate the attack he’s absorbing, he could die in the attempt.

Besides these techniques, the Dragon of Wrath is able to completely vanish a magical attack. This unusual method is called Counter Vanish, which allows him to disintegrate an incoming offense without the need to expose his body. The last tactic that Brittannia’s hero possesses is Enchantment: Hellblaze. This power allows Meliodas to use his demonic nature by providing him demon-like attributes, such as black flames, which he uses in the Divine Thousand Slashes attack. On top of the inextinguishable dark flames, Meliodas is able to regenerate body parts such as an injured arm. 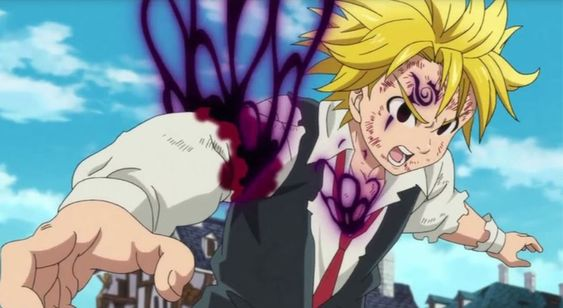 On the other hand, Naruto Uzumaki possesses the skill of the most powerful Chakra Monster: Kurama the Nine Tailed Fox. This beast resides within Naruto’s body and grants him additional special abilities. With Kurama’s talents, Naruto has access to higher chakra sources and is able to use new fighting techniques such as launching Tailed Beast Balls and transforming into the Kurama chakra mode. Additionally, thanks to this beast, Naruto is able to heal quickly, which gives him an advantage in fights. Besides having the abilities of Kurama, Naruto is a master of ninjutsu and can create rasengans, which are sphere-like chakra masses, perform the Multi Shadow Clone Jutsu, the Sage Mode Jutsu, and many more. As a second talent, Naruto is also trained to win physical fights or taijutsu. Although some people criticize Naruto’s proficiency in this area, he’s still able to defend himself in a hands-on-hands fight. 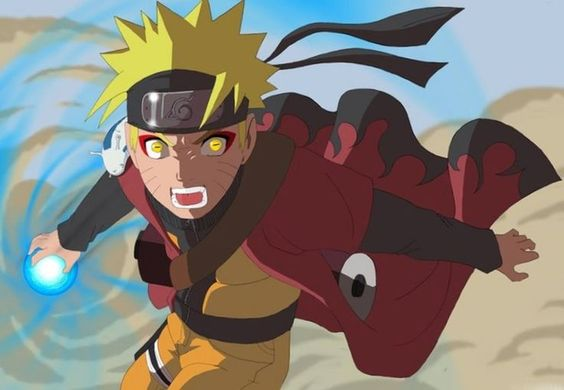 The main factor that heavily influences the outcome of this fight are the chakras. In Naruto Shippuden, chakras refer to the energy center on a ninja’s body, which allows them to perform jutsu attacks. Chakras are composed of physical and spiritual energy. Naruto’s attacks are chakra-based, therefore Meliodas isn’t able to counter themーif this implies that chakra isn’t magic, of course. Magical attacks are attacks that contain some matter of non-physical energy. So, could this mean that chakras are magic? That’s another debatable topic. For now, we will keep in mind what would happen in each scenario.

If a chakra is considered magic, Meliodas has the possibility of performing a decent fight against Naruto by using his signature ability Full Counter or the skill used against the Ten Commandments, Revenge Counter. Both of these strategies reflect the opponent’s attacks with twice the power or even more. Revenge Counter absorbs multiple attacks and reflects them all combined, but only if Meliodas is able to endure the magnitude of the damage. This essentially means that Meliodas could counter any of Naruto’s ninjutsu attacks, including resengans, and combine them to create a massive offensive. On the other hand, Naruto has a variety of tactics that can overcome Meliodas’ such as Full Counter: taijutsu. Instead of allowing Meliodas to use the “the stronger you are, the stronger I become” card, Naruto can prevent Meliodas’ counter by using physical attacks. The fight would turn into a body-to-body battle of taijutsu versus Hellblaze. Regardless of the fighting style, the win would rely on the strategy that each character decides to use and how each of them responds to their opponent’s movements. Think about dancing the tango, but with a deadly outcome. 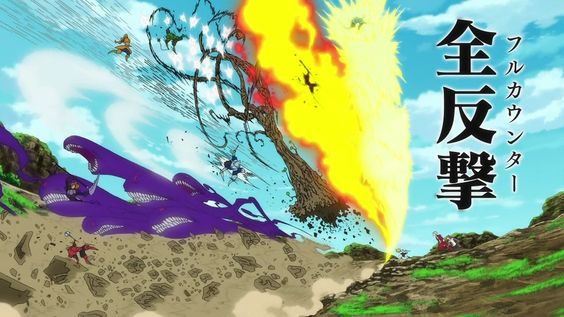 Now, if we assume that chakra does not equal magic, Naruto has the advantage since he doesn’t rely on his opponent to effectuate his attacks. Although Meliodas could be able to use Hellblaze, Naruto is able to execute attacks without worrying about receiving them back. Meliodas would be at disadvantage since he would have to get close to Naruto in order to strike him, which could be difficult if Naruto uses his Shadow Clone jutsu or performs constant attacks to avoid Meliodas’ contact. On top of that, Naruto has access to the Kurama mode that increases his power reserve and also has the ability to heal himself. In other words, Meliodas would have to plan an incredibly effective strategy to avoid getting fried by Naruto’s power.

Apart from being the blonde hero, Meliodas and Naruto have insane speed, strength, and abilities that allow them to implement different amazing powers. The answer to the question “Could Naruto realistically beat Meliodas?” is a possible yes, depending on the circumstances, and if the presumption that chakra isn’t the same as magic turns out to be true. Otherwise, Meliodas has a chance to give Naruto a hard time by countering any attack emitted by the ninja. Ultimately, this is a subjective question considering that realism is perceived differently by each one of us and the actions themselves are happening in an imaginary dimensional plane. And thus, we aren’t certain which strategies, realm rules, or abilities would be part of a fight between two of the most important anime heroes.

Kiara Roman is an undergraduate student at University of Puerto Rico Rio Piedras campus. She's part of the Natural Sciences Faculty and majors in Biology. Besides doing science studies, she enjoys developing creative skills and putting them into practice by cooking, writing, or drawing. She's here to grow as a creative scientist and share her imagination with others.
Similar Reads👯‍♀️

Experiences
So, what happens after graduation?
Read more →

Mental Health
The Struggle of Being Born Around Christmas
Read more →

Culture
Investing In Yourself: 2021
Read more →