Identity Through My Lens: Navigating Life as a Southeast Asian American

Humans have a tendency to adopt labels in order to categorize, organize and identify one another. Making sense of ourselves and the world around us is an act that sometimes requires no conscious thought, but will demand deep introspection and internal conflict at other times. When I was younger, I didn’t take labels with a grain of salt. To my parents and grandparents who had immigrated to America to escape the political and social violence in Vietnam, I was an American. To my white teachers and peers at school, I was the Vietnamese girl. And, to the other children in my immediate and extended family, I was the big sister, the older cousin and the eldest role model. At a first glance, these titles seem to be innocuous attributes of the grander scheme of my overall identity. While this is true for the adult version of me, growing up alongside these labels also meant that there were unspoken expectations for who I was and what behavior I should exhibit to adhere to those roles.  [bf_image id="9b4crqbb8wjnbk5mkfr65wx8"]

As a child, I didn’t question my belonging to my designated identities because I didn’t genuinely know what it meant to be those things. I knew I was Vietnamese solely because my family wasn’t from America. They had memories from their home country and a deep history that they were a part of, even though I didn’t. Still, I spoke Vietnamese at home and celebrated Lunar New Year and ate traditional Vietnamese dishes. I was expected to follow Vietnamese customs and mannerisms when speaking to my elders or attending family gatherings. My family watched Vietnamese movies and listened to Vietnamese music, so I watched and listened, too. I knew that I was merely experiencing a sliver of the full scope of what it meant to be Vietnamese.

The extent of the connection that I'd felt with my ethnic identity was comparable to my connection with being an "American." Aside from being born here, I didn’t have much else to show for that part of me. At school, I didn’t know how to connect with my white peers because I didn’t grow up exposed to any semblance of American norms, music, television or food. I remember being bullied for bringing out my bento box filled with rice and rousong at lunchtime while the other kids had brown paper bags of sandwiches and apple juices. I was teased for wearing a necklace with a pendant of the Buddha because my peers thought it was weird I didn’t believe in their god. I couldn’t understand the music or show references that my classmates were making during recess because I didn’t have an older sibling or cousin who could give me an introduction after they had grown up around and learned about American pop culture. At a certain point in my life, I wasn’t seen as a “real” American by my schoolmates because I wasn’t assimilating to the culture, nor was I seen as fully Vietnamese by some of my family because I wasn’t a part of their history.

Luckily, the present-day narrative surrounding identity works much less on the type of dichotomy that I experienced as a child, and instead focuses more on inclusivity and interconnectedness. Over time, I was able to redefine my relationship with identity as something that had to be static and concrete to something that is personable and malleable to what I feel like I am. Having learned more about my Southeast Asian identity through personal research and conversions with my grandparents, I was able to grow into the pride I’ve always felt deep down for being of Vietnamese descent. Additional time and interaction with the friends I had made at school later on allowed for me to get adjusted to American society and further my relationship with my nationality.

I've grown into new labels, though I ultimately don’t feel like I need to adhere to any of them in order to be myself and display those parts of who I am. I am a Vietnamese American just as much as I am an older sister, the eldest cousin, a student, a writer, an activist and an artist. Though everyone’s relationship with identity and journey towards self-acceptance is different and personal, I hope that whatever point you are at on yours feels right for you, and that this shared anecdote can help you feel a little bit more understood.

Shannon Mia Vo is a third-year student at the University of California, Los Angeles. She is majoring in Psychology and minoring in Disability Studies. This is her second year writing for UCLA's chapter of Her Campus, and her first year as Assistant Director of Editorial, so she is excited to learn as she goes. Shannon loves to write and believes that words are an essential catalyst for storytelling, education, advocacy, and expression. When she isn't writing, she can be found crafting, rewatching her favorite sitcoms, working out, or browsing through booktok!
Similar Reads👯‍♀️ 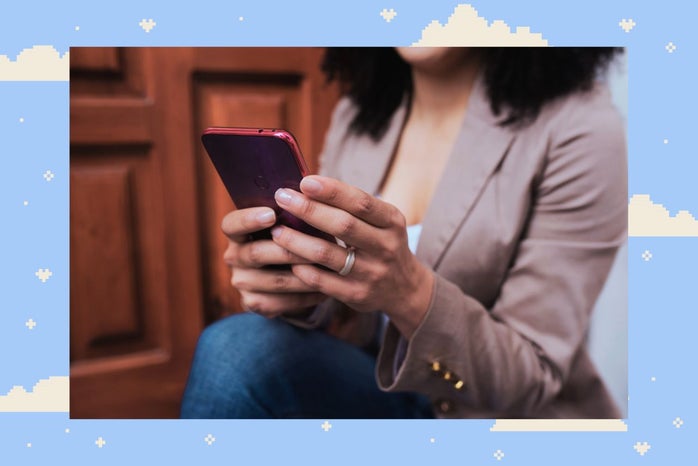