Why 00 Is a Size (and What That Means for Women)

This may have been the logic of actress Sophia Bush when she fought back against Urban Outfitter’s controversial “Eat Less” shirt in 2010. Ironically, the counter-campaign she launched herself in protest, “Zero Is Not a Size”, caught a lot of grief itself, claiming the statement “skinny shamed” women who naturally fit into size zero clothing.

So, at the end of it there is a size 0 (which as a unit to measure women’s size essentially makes no sense) but is generally accepted in society as a small clothing size. Many clothing manufacturers have also introduced a size 00, which is smaller than 0, yet it is not a negative number; logically it is less than nothing, but still considered a unit of size. Again, it’s a nonsensical size, but for the most part it is accepted.

The arbitrary sizing of women’s clothing appears to make no sense and it’s only gotten more convoluted over the years. This is due to the sneaky marketing scheme of vanity sizing.

Over the past few decades the average American has grown bigger. Instead of keeping the measurements for the existing sizes standard and adding larger sizes to accommodate the growing population, apparel companies chose a manipulative alternative. Afraid that shoppers would feel discouraged if their arbitrary sizing number was too high, these companies simply added more inches onto the existing sizes. Now, for example, a size 4 today may have the same measurements as a size 6 from several decades ago. Vanity sizing is the reason that a vintage piece that fits you may have a tag with a size larger than what you’d usually wear. Marilyn Monroe was not the same size 16 everyone assumes.

What this all boils down to is that when clothing brands employ vanity sizing, smaller women are sized out of the standard range. Companies had to include the size 0 for woman who would have been a 2 or 4 before vanity sizing, and then include the 00 for woman who would be a 0 or 2, and so on. A 0, 00, and 000 are sizes simply because there are women who fit the measurements companies attach to those arbitrary labels.

The real discussion this issue poses is why these arbitrary labels are needed in the first place. A sizing system of 0, 2, 4, etc. is unique to women’s clothing. Why can’t we have the same system as men, with the actual measurement in inches as the size? For comparison look at J.Crew’s U.S. men’s sizing chart, which is simple and is standardized across multiple countries.

This one is their Women’s. It’s complicated and complex and literally requires a scrolling bar to compare all the arbitrary sizing scales from around the world.

Manufactures utilize vanity sizing to make you feel better about yourself so when you try on their clothing you want to buy it. In reality, their goal is to protect you from what they think would make you feel bad: seeing your body’s actual measurement on a clothing tag.

This is what is preventing us from having normal standardized sizes like mens wear. These companies believe we are too scared to see our real measurements. This is where we must be really honest with ourselves. Do we want to see our real sizes on the clothes we wear everyday? But if we don’t, why is that? Is it because these brands have been telling us all these years that our size is something to hide, to be ashamed of, to lie about?

0, 00, 00 are sizes to fit with the vanity sizing scheme. It is also interesting that these extra small sizes are included in the standard sizing system at all. Given that a very limited number of customers fit into these sizes, it’s curious that a lot of companies choose to carry more sizes on the smaller end of the spectrum, as opposed to carrying more sizes on the larger end, which is where most American women fall. Because of this fact, larger women are forced to shop at plus-size stores, while the minority of women who fit in smaller sizes are able to shop in standard stores.

This is not to skinny-shame or compartmentalize people, but while there are a handful of women who wear these smaller sizes, it seems interesting that companies would cater to demographic with less people. If more women fall into the larger sizes, why aren’t they in the standard range, while the minority that are 0 to 000 look elsewhere, as larger women now must do? Why does our culture have plus-sized stores, instead of “minus” sized stores, and what does that say about our cultural values? Not that we should be segregating either, but this phenomenon says a lot about our societies priorities when the minimal number of smaller women are considered “standard” over the larger number of plus sized women.

The bottom line is that no matter what your size is, you shouldn’t feel ashamed or inadequate. The number on your pants’ tag means nothing- literally, it is an arbitrary number made up by a company to sell you stuff. Don’t let some clothing brand’s marketing team dictate how you feel about yourself. Whatever size you wear, stay confident, and know that there’s so much more to you than the number on your jeans.

Culture
Returning to In-Person School After the Pandemic: How I’m Feeling
Read more → 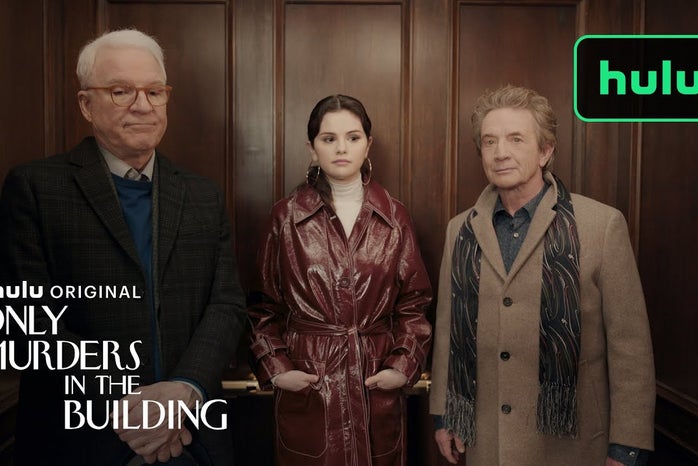 Culture
‘Only Murders in the Building’: The Best New TV Series We Aren’t Talking About
Read more →
Good stuff only!