HC at U Mass Amherst
Life

How Fostering Went Beyond Benefiting the Puppy

Ever since my childhood dog, Becki, died in January of 2020 (yes, literally right before the pandemic), fostering a dog has been in the back of my mind. Before we found our current pup, Seven, we looked into fostering a dog to hopefully not only help them, but also ourselves and our grieving hearts who weren’t ready for another dog of our own just yet. Anyone who has lost a pet knows the eerie quietness that lingeries in your home without the barking, tapping nails on the hardwood floors, and big slobbery drinking sounds. Simply put, we didn’t end up fostering but it has been in the back of my head ever since.

“All good for Duncan!! Yay!!” was the official text I knew; this is real, a puppy is coming, it is my job to find him the perfect home, and to give him the best life he’s lived in the meantime. It was exciting and nerve-wracking all in one, a true, pardon my french, oh sh*t! moment. Everything happened pretty fast, and before I knew it I was up and at ’em at 5:30 AM driving to Connecticut with my roommate to pick him up. He was perfect!


At first, it was like; woah he’s really here. I planned for this all week, and I still couldn’t wrap my head around it. Being in a transport van all weekend didn’t help the zoomies he had built up (which didn’t settle for three days), but I really do think it made him realize that he was safe and so adored by not only myself, but my also roommates and everyone else we seemed to encounter through everyday life.  My point in getting him was obviously to get him out of the hell hole Texas is for rescues, but also selfishly to have a companion for some indefinite amount of time and to quite frankly, force myself to get my act together. Doing online school during the pandemic has burnt me out. I felt like I was just getting by and that nothing new was ever happening.

Duncan quickly became my alarm clock, and for just under three weeks, I woke up past 6:30 AM maybe twice. We enjoyed our slow mornings, I got work done while keeping him entertained, and then when he decided it was time for his first nap we would usually drift off on the couch, or I would squeeze in a quick trip to the gym. We made sure to do some sort of activity with him once a day like going to the park, a field he could run around off-leash in, or playing fetch in the backyard. Besides considering the favorable spring weather, I was outside more than ever, enjoying walks and the company of a 4 legged friend. He made his appearances at HC meetings and events, and without a doubt became a fan favorite. Every part of me wanted to just be a foster fail and keep him, but I knew that wasn’t best for either of us. Since that was the case, I made sure to post him tons, in local groups, with the hopes that he could be adopted to someone close, or even better; to someone I knew so that I could still see him occasionally.


Luckily, that was the case! I hope to see him every once in a while and have gotten some awesome update pictures. He is truly living his best life, and I’m so glad it is with someone I know. Shoutout to all the fosters who don’t get so lucky and continue to make a selfless difference.

With all that being said, of course Duncan benefited. He is in a loving home, has a full belly, and gets all the pets his heart desires. He was the epitome of; I’m just happy to be here, which made me so happy. But I too, benefited, more than I could have ever imagined or expected. As I said, the first thing was just having a companion, he was attached to my hip throughout the day and constantly wanted to be near me or touching me in some way, shape, or form. When I cooked he laid on the floor next to me (sometimes head on my foot), on the couch his brain told him he was a lap dog, and in my room, he was happy laying on my bed facing me while I got stuff done at my desk. We were outside a ton. I was walking a 55lb dog, so most of the time my phone was away and I was being present; something I haven’t actively worked on in a while. I was responsible for someone other than myself, and while this sometimes held me back, it also, not to sound too cliche, gave me more of a purpose. I found my days to be very structured, and am definitely trying to uphold that structure now that he’s gone. My mornings aren’t quite as early, but they’re still reasonable! He forced me to be patient, which I ended up appreciating. Lastly, he reminded me to be grateful; grateful that I have a roof over my head, food on the table, and people who love and care about me…because that wasn’t always the case for him. Dogs can truly teach us how to enjoy the simplest things in life, and I admire the heck out of it. I’m so happy I was able to foster Duncan (who is now called Willy!) and will never forget it.


Please reach out to me if you have any questions or interest in fostering, I’d love to help! So many rescues need fosters!

Rebecca is member of HC as a senior OIM major! When she's not writing articles she's cooking, online shopping, hanging out with friends (+dogs), or staying active with her fam!
Similar Reads👯‍♀️ 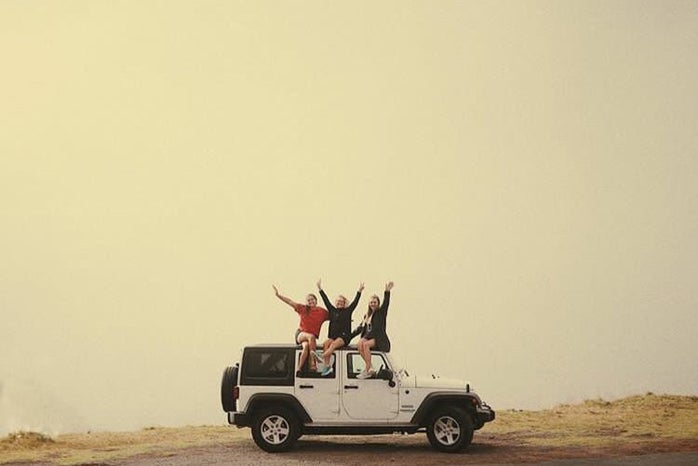