A Dating App Comparison: What You Need to Know About “The Big 3”

Dating is a sport. Your head is in the game. You’re the star of the show, like the striker on a soccer team, or the quarterback on a football team. Your teammates are your besties, in the game to support you and cheer you on. Winning the game is finding the perfect match. But how do you start? Who’s singing the national anthem?

Online dating has become something of the norm. Since coming to college I hear, “I met my boyfriend on Tinder,” or “I matched with her on Bumble,” much more than those organic dating stories we might be more used to. I’ve dated boys from all sorts of apps. But which one is best? I’ll give you the lowdown on what I like to call The Big Three: Tinder, Bumble, and Hinge.

During my freshman year, I definitely used Tinder the most out of all three. It was the easiest to use, and it felt a lot more lowkey than Hinge and Bumble. I also didn’t know much about dating apps at the time, so this felt like an easy one to slide right into. It’s like the namesake for dating apps; most everyone will know what you’re talking about when you say you’re on Tinder. Now with more experience, I’ve learned the stigma around Tinder’s brand is that it promotes a hook-up culture rather than building real relationships. To me, this one feels like a baseball game. You’ll probably strike out much more than you’ll hit home runs. You might get on base, but probably not going to bring it home. If you’re looking for a one-hit-wonder, then this one’s for you.

Founded by a literal girl boss, Bumble promotes women making the first move. If you’re bold enough to reach out to your matches first, then Bumble is the place to be. With the flirty yellow bees and bright yellow color of the app, Bumble seems much more bouncy and happy than Tinder. Messaging first can honestly be scary, as sometimes I don’t always feel like having to put in the effort. What’s nice about Bumble is the feature that allows you to pick a question prompt to send to your match through the app. Once you’ve both submitted an answer, you’re able to see what the other person said, and it’s an easy conversation starter. My personal go to is always “Hiiiiii,” the number of “i’s” signifying how initially interested I am, so I’m reminded when I’m back in the conversation how cute or fun he was. In this game, I often feel like the coach of the team. I’m calling the shots as they happen, and I feel more in control.

Out of all the ideas to title a dating app, Hinge would not have been my personal first choice. There are so many more creative ideas that could’ve come about, but they chose to make me think of a door hinge. If you can get past the name, Hinge is definitely the most sophisticated out of my big three. This app is the most serious for relationship seeking. It’s also organized differently than the other two, requiring profile prompts and allowing you to see who’s liked you. It’s much more curative of relationships than the other two, and the matches I’ve made seem sincere in their search for the one. The people I’ve spoken with on this app take our conversations much more seriously than on others. If you’re looking to foster deeper connections and form real relationships, then, by golly, get on Hinge!

All three of the apps have premium options, and I have purchased all three. Some as a joke, others are gifts from friends, all very not worth it. It was nice to see who liked me and have my pick straight from there, and I loved never running out of “likes,” but you get the same quality experience out of the free app, in my opinion. It felt like I was in the major leagues, striking out with no reason to. Just stick to the minor leagues.

I consider myself very well versed in the dating app world. I’ve had relationships, hookups, and even friendships come out of these online connectors and genuinely enjoy the conversations I had on the apps. I have met up with matches in the real world and have (safely) taken the risks of meeting strangers. Be careful and mindful when meeting up with these people. Always know the risks involved, and ensure someone close to you knows what you’re up to so nothing terrible happens. Be safe, but have fun, and let go a little bit.

Katie is a graduating Strategic Communications senior at TCU. Her favorite experiences on campus have been being a Rho Gamma and a Frog Camp Facilitator. In her free time, Katie loves to go on walks while jamming to 2000's throwbacks.
Similar Reads👯‍♀️ 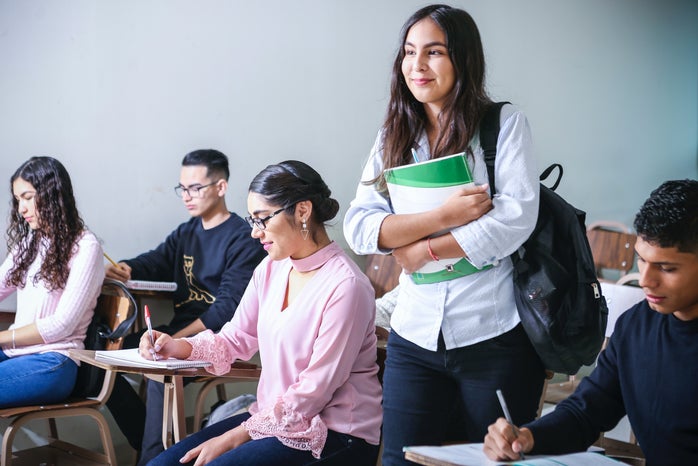