Because tennis and running and lifting weights aren’t enough?
Yes. I need to recruit different muscles.

Is this the intensity with which you approach life?
I like to think I’m pretty laid back, for the most part. I’m not too competitive academically. It’s not cutthroat here at Stanford.

I ramp up the intensity when it comes to athletics because you’re only young once. Once my body can’t handle it anymore, I might shift that intensity to other passions like photography….

I’d like going to different parts of the world.

Are you a traveller?
So to speak. I’ve been to different places with my family, but I haven’t had the time or money to go on my own.

Where would you take your girlfriend if you could take her anywhere in the world?
South America. She spent eight months in South America for a study abroad program. And I think it would be cool to travel with her there and have her show me around.

Hold up. Let’s backtrack. What’s this about a girlfriend?
We met in senior year of high school and dated then, but we didn’t become official until after our freshman year of college. She goes to Cal. So we’ve been together for a number of years now.

This is the 4th year of long distance?
Yeah. I actually like it this way. I see her every two weeks or so, and not being with her all the time has allowed me to be more productive and spend time with my friends.

So you like that it’s long distance?
I appreciate it.

Hmm. OK, so moving on from relationships. Tell me something interesting.
I’m half Chinese and half Japanese. And I have a girlfriend.

What do you do in your free time when you’re not working or working out?
A really good friend of mine went all the way to Mongolia for a summer and brought back some pretty stunning photographs and videos, so I enjoy looking at them and getting inspired.

Do you have a man crush?
The Rock.

For his chiseled abz and developed delts?
The whole package. My brother and I used to watch him on WWF when I was younger.

What about a woman crush?

Natalie Coughlin. She’s an Olympic swimmer. She’s like the female version of Michael Phelps, so to speak.

You have a thing for athletic girls?
I guess so. I’m attracted to both the athleticism itself and the work ethic it entails.

What’s on your bucket list?
Jump out of an airplane and also base jumping. I’m scared of heights and I’d like to overcome that fear.

There’s oatmeal on your desk. Tell me about your eating habits.
Oatmeal and Muscle Milk are my diet staples. I like to eat, and I eat a lot. I precede every meal with a salad for health purposes, and I rarely eat junk food.

You’re going to live a long, long life.
I’m going to live forever.
Good stuff only!
We wanna slide into your DMs… (but via email) 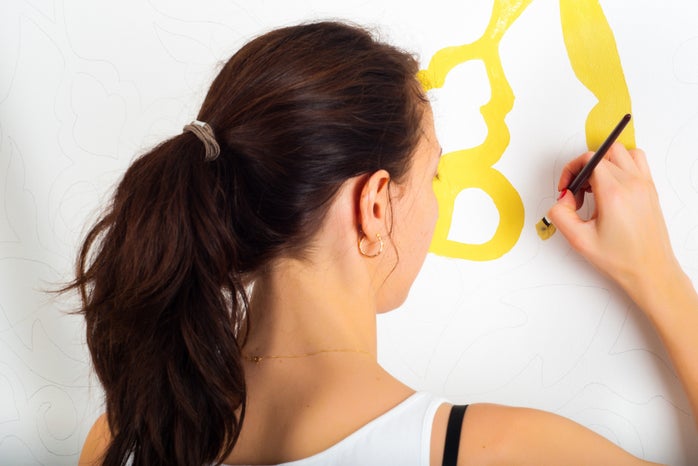