Naomi Charles, undergrad alumni and current graduate student at St. John’s has broken barriers as she has self-published a thriller book with a twist that connects to the troubles of modern-day with racism and the lack of representation of POCs as protagonists in thrillers. The title of this novel is, Focus; it showcases the topics of mental health, and interracial relationships through the refreshing eyes of a black woman in the Young Adult & New Adult crossover.

Charles stated in the interview, “There is not enough representation for black women in this genre and I want young readers to see themselves in the forefront, not being highlighted by the typical racial stereotypes that society attributes to people of color. I want to share my story to help inspire other young women to follow their dreams whether it be in writing and publishing their works or achieving other goals in fields we don’t have enough representation in.”

Q: Since “Get Out” has been one of the most groundbreaking thrillers of the past decade with the representation of people of color, how did you feel about the structure of that thriller?

–“Get Out” was definitely groundbreaking for black people in Hollywood. It didn’t follow the typical stereotypes or roles that people of color normally have in thrillers and I think that was part of what made the experience of watching it so great. There are other notable works in the genre that have come out since then like “Us” which is another work by Jordan Peele. It features a complex black female protagonist which is not common in the genre. While it’s great what Hollywood is starting to do for the genre of thriller, it’s still quite obvious that the literary world still has work to do when it comes to this genre. As an author of books, that has been my focus.

Q: What does the future of thriller books and media look like to you for people of color?

–Going forward, I see more people of color at the forefront as main characters and not just as supporting characters who help the white characters reach their goals. The future of this genre sees these characters having their own goals and the plot is about them. The future holds dynamic characters of color who are multifaceted just like the people who are reading or watching these works. I think a great way to help facilitate this change is to have more people of color as writers for the genre as well. Who better to create dynamic and realistic characters that are diverse than a diverse crew?

Q: When did you first realize you wanted to become an author?

–I’ve always loved writing. It’s always served as a major creative outlet for me. When I was very young, I remember telling my mother I would write books one day. I guess I was right. I first started putting my work out there with short stories and poems in high school publications. I also wrote articles for The Odyssey Online for a couple of years when I was in undergrad. This is the first time I’ve published a larger work independently, but to answer your question, I think I’ve always known.

Q: What inspired you to write this book?

–Focus actually started as a screenplay for a screenwriting class that I took when I was a senior in college back in Fall 2018. The assignment was to write about two exes who had met after two years of not seeing each other. My goal was to avoid sounding cliche, so I added the element of murder. It was one of the best things that I had ever written, but I knew I had to expand upon it. The assignment called for 15 pages and I knew there was no way I could do any justice to how dynamic my protagonist as well as her story was in that space. She’s a strong female character who is faced with this situation of covering up a murder for someone she loves. She does it and it goes away, but only for a short period of time. She’s a good person who is put in a terrible situation that, quite frankly, keeps getting worse and we’re here on the edge of our seats with her. The heavy-hitting topics of mental health and interracial relationships are also discussed. I definitely needed more room to expand than 15 pages.

Q: What is the most challenging part about writing a thriller as opposed to any other genre?

–For me, the most challenging part of writing in this genre was making sure I was keeping this suspenseful and mysterious, so readers would be at the edge of their seats. It sounds so much easier than it is. You, as the writer, already know what’s going to happen and when. You have all the answers. The challenge is to make sure you don’t give too much away too quickly. What added to the challenge was publishing this book while in school. I’m currently a graduate student at St. John’s University. Things became even more challenging when the pandemic came about, but I was just so in love with the story and characters that I wanted to get it out there despite everything that was not working in my favor.

Q: How do you feel about the stereotype and generalization of people of color in thriller media, novels, and, especially, in cinema?

–In general, people of color face the issue of being stereotyped despite the genre or the medium. I originally had tried to publish Focus traditionally. When I had queried for an agent, a lot of the feedback was that it was not realistic and the reason for that ended up being that my characters did not fit the stereotype they thought a black woman should be under. People of color come in many different shapes, sizes, thoughts, and dreams. We’re not all living on welfare or are experiencing extreme poverty. We are educated and have what most people would consider as normal experiences.

Q: What sparked your interest in becoming an advocate for black representation within thriller books and media?

–Well, as a woman of color it’s quite easy to notice when the world is failing to represent you properly. You turn on the TV and sometimes you see people of color playing characters that society thinks they should be playing or there is only one “token” person of color in the show or movie. Many of the stories that are popular are ones that don’t accurately represent who many people of color are. When the media misrepresents you, people will continue to feed into the stereotypes that it conveys. That isn’t just in the genre of a thriller but in every genre. Representation is so important. When I was younger, I, fortunately, had parents who showed me TV shows, movies, and books that featured people of all races and colors. Seeing people who looked like me as well as people who didn’t look like me made me more open-minded. I didn’t realize it at the time. To me, it was normal. I thought, yeah of course the world is full of people who look different and feel various things just like I do. We are all different, but very much the same on the inside. Seeing people of color having different professions and living in different settings was great and it made me think that I could be anything I wanted to be. If we could have more of that and had it be the norm, then it would be great for the upcoming generations. If I’m in a position where I can help change that, then I see it as my duty to do so.

Charles’ first thriller book was released on August 11th, 2020. You can purchase the book on Amazon. If you would like to know more about the author, please subscribe to her Youtube channel. 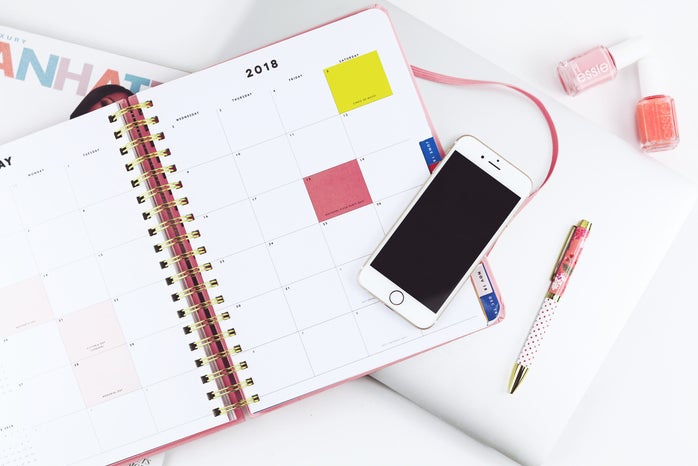