Give Andrew Garfield The Movie He Deserves!

Despite his appearance being one of the worst kept secrets in Hollywood, movie theaters erupted in screaming, and occasional crying when Garfield came on the screen for the first time. Seeing him as Spider-Man again once again, made fans realize Garfield deserved another shot. After all, it’s not his fault “The Amazing Spider-Man 2” tanked, he didn’t write the script.

After Garfield made a fantastic comeback, fans all over social media started to theorize and sometimes demand that Garfield needed a third Amazing Spider-Man movie.

Some people have speculated, myself included, that there were a few hints in “No Way Home” regarding a third movie for Garfield. In one of the scenes with all three Peter Parkers, Andrew Garfield called himself, “Peter 3”.

Andrew Garfield has said he would be happy to play Spider-Man again. “I mean, yes, definitely open to something if it felt right,” he said in an interview with Variety. “Peter and Spider-Man, those characters are all about service, to the greater good and the many.”

Sony scrapped the third Amazing Spider-Man movie due to negative reviews, so fans feel like Andrew Garfield has unfinished business with Spider-Man. Honestly, Sony did not give Garfield enough recognition back in 2014. The reviews may have been terrible for the sequel, but his performance as Spider-Man in 2021 showed fans that he really is  one of the best Spider-Mans.

But these conspiracies and demands are not coming up on their own.  A lot of them started with other speculations toward Sony and their plans for Spider-Man. There is a very large theory that Spider-Man will make an appearance in the upcoming Morbius movie, set to be released in April 2022.  Don’t believe me? Just pull up the trailer for Morbius and look at the spidey themed graffiti in the background.

He already had a challenging life. He felt like his parents left him for no reason, he felt responsible for his Uncle Ben’s death, and lost the love of his life. He had more burdens to carry than the other Spider-Mans. In addition to all that depth, Garfield was the most confident and charismatic Spider-Man.

Garfield fits the suit like a glove, he dives right into the role of Spider-Man. He is not awkward about being a superhero at all; he’s not even awkward just being Peter Parker. Think about it, in the sequel, he wasn’t even phased about Electro. He was chill about the whole thing (until he caused a power outage for the entire city), and he always had the perfect timing for a sarcastic comment or joke.

Without a doubt, Andrew Garfield needs to return as Spider-Man. He may have not gotten the credit he deserved back in 2014, and with his appearance in the new Spider-Man, he certainly has a new generation of fans that want to see more of him. That being said, I am confident he will return.

Hey! My name is Perris Larson and I am a sophomore at Seattle Pacific University! I am a journalism major with a minor in history. I journal on a daily basis, most of the time at one of my favorite coffee shops. I love traveling, and going on little adventures in the city with my friends (especially if it in involves grabbing a latte somewhere).
Similar Reads👯‍♀️ 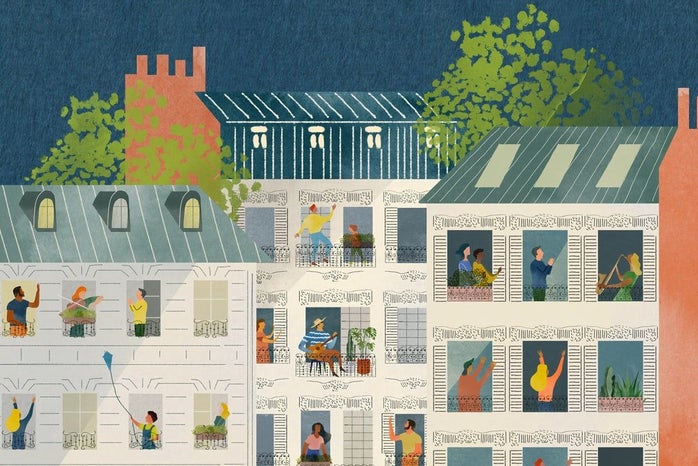 Culture
Come From Away: A Story of Hospitality
Read more →
Good stuff only!