The Least to Most Datable Disney Princes

Not every guy can live up to the ideals of a Disney prince. But, as it turns out, not every Disney guy can meet the fairytale standard either. Under scrutiny, some of the official Disney princes prove to be true royalty while others are revealed to be just plain frogs. See where your favorite prince ranks in terms of boyfriend material!

Note: This article is only considering the counterparts to the official Disney princess‘ line as they appeared in their original, animated movie. So while Hercules (Hercules, 1997) may be a nice guy or Dan Stevens added character development to the role of the Beast in the live-action remake, unfortunately, neither count for this list.

Pros: “Love is an Open Door”, his duet with Princess Anna, is a decent love song until the audience realizes it was all a lie

Though Prince Hans of the Southern Isles initially appeared as a good character and Princess Anna’s potential true love, his true nature was soon revealed as he planned to seize Arendelle for himself. His abandonment of Anna to die of a frozen heart, as well as his attempted beheading of Queen Elsa, earn him a place as a true Disney villain and the worst Disney prince ever. Definitely, a swipe left and a block!

Prince Charming has a minor role in the 1950 animated film, yet the few scenes he does appear in aren’t very flattering. He rolls his eyes and yawns while introduced to the other young women at the ball. He eventually takes an interest in Cinderella, yet it is clearly a very superficial relationship. Despite having spent most of the evening together, he admits he doesn’t even know her name as Cinderella flees when the clock strikes midnight. He isn’t even present during the iconic scene where Cinderella’s identity is revealed through her possession of the second glass slipper! A more accurate name for him would be Prince Un-Charming.

John Smith’s free-spirited nature and romance with Pocahontas would suggest a higher ranking in this list, yet he has a number of strikes against him. Early in the film, Smith is described as being an expert at ‘dealing’ with natives and it is said that “you can’t fight Indians without John Smith!”. Anyone with even the vaguest knowledge of British expansion into colonized areas knows that this is an extremely problematic characteristic for a Disney prince since it places him as directly involved with the subjugation of numerous indigenous persons. Yes, Smith does eventually learn to ‘paint with the colors of the wind’ and falls in love with Pocahontas, but it’s frankly a little too late. Definitely a pass!

Though the Beast does eventually discover that “true beauty is found within”, at the beginning of the film he is angry and spoiled, having apparently learned little in the years he was cursed. It is only through Belle’s intervention that he begins to regain his humanity. While he eventually reforms and reveals himself as a prince in heart and in body, and his gifting of the library to Belle is genuinely sweet, it takes a lot of effort to get him to that point. Only date if you’re willing to work overtime to get results!

Pros: good with kids, good with animals, knows how to plan an amazing date

Aladdin’s intentions may be good, but that doesn’t change how he spends most of the 1992 film lying to Princess Jasmine. He creates a fake name, title and personality- essentially the fairytale version of ‘catfishing’. Even when confronted with holes in his backstory, he continues to lie! He does eventually admit to his wrongs and that, plus his generally well-meaning and kind nature, does earn him points back. This “diamond in the rough” could use a little more polishing before becoming good boyfriend material!

Cons: doesn’t do much

The Prince is probably the most neutral character in this list as he’s also the prince with the least amount of screentime or development. This lack of character is largely due to Snow White and the Seven Dwarfs being the Walt Disney Company’s first feature-length animated film. The animators struggled to create a realistic male figure and a majority of the Prince’s planned scenes, including a sequence where he escaped the Evil Queen’s dungeons, was cut. [http://disney.wikia.com/wiki/The_Prince] The Prince that makes it into the final version of the film is sweet and dedicated to finding Snow White, but otherwise largely lacking in character. Overall, not a bad dating option, but not a particularly good one either.

Cons: a bit of a fixer-upper

Another largely neutral character is Kristoff, given that most of Frozen’s focus is on the relationship between Anna and Elsa rather than on romance. Kristoff is shown to be resourceful, hard-working, and good with animals. He’s admittedly a “fixer upper” with numerous quirks and is perhaps a little too fond of ice, but overall a good guy.

Pros: good dancer, will slay a dragon for you

Cons: may push the relationship to move too fast

A romantic with a sense of style and sweet dance moves, Prince Philip definitely fits the archetype of the dreamy fairytale prince. And unlike the low-ranking Prince Un-Charming, he’s actually willing to fight for his happy ending, escaping from the villain’s dungeons and battling a dragon to ultimately save the day. His one drawback is an eagerness to push a relationship too fast, as seen by his intention of marrying Aurora after one date. He’s a wonderful guy, but only get involved with him if you’re looking for a serious relationship!

Pros: has a dog, knows how to sail, will literally kill for you

Cons: not the brightest, can’t take a hint

Much like Prince Philip, Prince Eric definitely fits the ultimate ideal of a Disney prince. Eric ranks higher than his predecessor as he at least went on a couple dates with Ariel before deciding he wanted to marry her. However, he’s admittedly not the brightest, taking a majority of the film to put together that the girl who rescued him and Ariel are one in the same. He’s also not the best at taking a hint or taking initiative in a relationship, as seen by his oblivious nature during “Kiss the Girl”. He’s a catch, but not quite good enough to make it into the top three.

Pros: musician, supportive, will do whatever it takes to make your dream possible

Prince Naveen of Maldonia definitely doesn’t start out as the perfect dating candidate. He’s a playboy cut off from his family’s wealth and a gold digger looking to marry rich. Yet unlike the previous problematic princes, he reforms early into The Princess and the Frog and actively works to become a better person. He was even willing to give up his own happiness to make Tiana’s dream come true! And in the end, he gives up his title as the prince in order to support Tiana’s restaurant. Swipe right!

Pros: swift as the coursing river, with all the force of a great typhoon, with all the strength of a raging fire, mysterious as the dark side of the moon

Cons: internalized sexism (overcome by the end of the movie)

Initially serious and a little bit sexist, Li Shang is challenged by his relationship with Ping/Mulan and ultimately made better by it. He does initially refuse to believe Mulan’s claims that the Huns are about to attack but seemingly does so more out of a sense of betrayal than the fact she is a woman. He quickly comes around and, rather than attempting to take charge of the mission to rescue the Emperor, he follows the lead of the obviously more qualified Mulan. Shang is extremely respectful of his partner and overall a great, if not slightly awkward, guy. Invite him over for dinner and hope he stays forever!

Pros: sweet, charming, will die for you

Cons: a bad past and some emotional baggage

Although at first appearing narcissistic and shallow, Flynn Rider/Eugene Fitzherbert is quickly shown to be a sensitive guy with a sad backstory. His date with Rapunzel to show her the floating lights is the most romantic moment between any Disney couple and the dying Rider’s declaration that Rapunzel was “his new dream” is a major tear-jerker! Though he comes with some emotional baggage, his humor, charm, and genuine sweetness make Flynn Rider the perfect Disney prince and boyfriend.

Or you could just be like Merida, who wants to stay single and let her hair flow in the wind as she rides through the glen, firing arrows into the sunset. 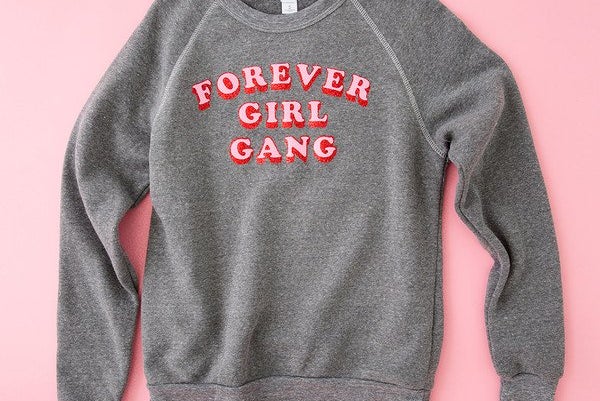