The morning after I graduated from high school, I received a congratulatory call from my grandparents. My grandpa spoke first. In his ever so endearing voice that only made my heart hurt more at the fact that he wasn't celebrating with me in person, he relayed these words to me: "you are a lady of the world now". He asked me if I felt any different. I did not. The only difference from the me now and the me 16 hours ago was the diploma laying on my desk.

A few days later, I was finishing up my second re-watch of "The West Wing" (more on that later) and suddenly, his words had some meaning. What does it mean to be a "lady of the world"? I don't know. I don't think anyone knows or ever will know. But as I let the words sit with me, I gathered and decided on this much: being a lady of the world, being of the world, means to be present, active and aware.

Present in the fact that I have been experiencing history through this pandemic and that one day when history is retold, I can say I remember where I was, what I heard and how I was changed. Active in my future as a college student because there is no time like now to take control over my own life and act on what I want to do with it. And finally, aware that the future is dependent on me and my ability to speak out, be passionate and be involved in the changing of the world.

That is a pretty big responsibility I realize. But this is a responsibility that I am so honored to take on. And I think you should be just as ecstatic as me.

In about a month, I get to vote in the 2020 Presidential Election. Just typing that phrase makes me giddy because it is something I have thought and read about enough to the point where I can honestly admit to excitement. Now, without getting politically deep or specific, I mention the vote. It is a basic constitutional right, and that alone is why I am excited for this chance. Let me repeat that. The vote is a basic constitutional right. There are so many ways in which a young person's voice can be silenced. Despite lack of experience, lack of a following and lack of the legitimate power to induce change, by the age of 18, there is a clear way to contribute to change. That way is through the vote.

A year and a half ago, I had little to no interest in politics. Political agenda was not on my radar. While the events happening in the political climate made me react, I felt like nothing more than a bystander to the United States government.

It was then that my mom suggested I watch the show "The West Wing". A year and a half later, I have watched "The West Wing" twice through. My heart is warmed at simply thinking about Aaron Sorkin's captivating drama. Perhaps, it is dramatic to say that this show is a necessity for everyone to watch. Although, my suggestion is that you should watch "The West Wing" if you are interested in politics or you wish to be inspired. The drama is not about the big picture items (though they do come up) but is about the constant work and effort being put into the United States to make it a better nation.

Highlighting a variety of characters in the White House, doing mostly side jobs and still ignoring thousands of other individuals with equally important tasks in the United States government, Aaron Sorkin instills in viewers the belief that good is possible. Good can be and will be achieved. But the task alone is never one man's job. It is the work of young people, of educated people, of passionate people and more.

"The West Wing" taught me that when you feel obsolete, there are people working to make you feel worthy. While results can be daunting and take time, I choose to trust that work is being done. I choose to believe that the world never truly does stop to improve the lives of people.

We are members of a world that makes hopelessness far too easily accomplished. Far too many days, I find myself waking up feeling powerless, as if the entire world spins just to be out of my control. As the generation that has been cited as apathetic, I am beginning to realize this apathy is in fact a great weight that we do not know how to conquer or carry.

But what does this mean for you individually? You can be present, active and aware in your own community. Be mindful. Be compassionate. Believe that you are a huge role in this nation's future. It all starts with one thought.

Young adults everywhere have the privilege to represent something bigger than themselves. According to National Public Radio (NPR), “Millennials and some members of Gen Z comprise 37% of eligible voters,” perpetuating this importance of voting. Instead of feeling despondent or finding flaws in politics to become furious about, you can do something. Educate yourselves about the candidates, and when November 3 rolls around, make a conscious decision that may seem miniscule but can be one small step towards change.

In the pilot of "The West Wing", President Josiah Bartlet asks: "What's next?"

What is next for us as college students? I’m glad you asked. Here are a few steps to take as November comes at us full speed:

No one can tell you what to believe. Now is the time to start figuring it out for yourself. This is our future, after all. Today and every day pushing forward, I am a lady of the world. I am a citizen who has a responsibility to care and to work towards something greater than myself.

What are you today and every day? But more importantly, what do you stand for?

I current serve as the Editor-in-Chief for the SLU Her Campus chapter! I love Nora Ephron movies, La Croix, and trips to the library! When I'm not writing, you can find me on long walks and daydreaming about having a column like Edith Crawley.
Similar Reads👯‍♀️ 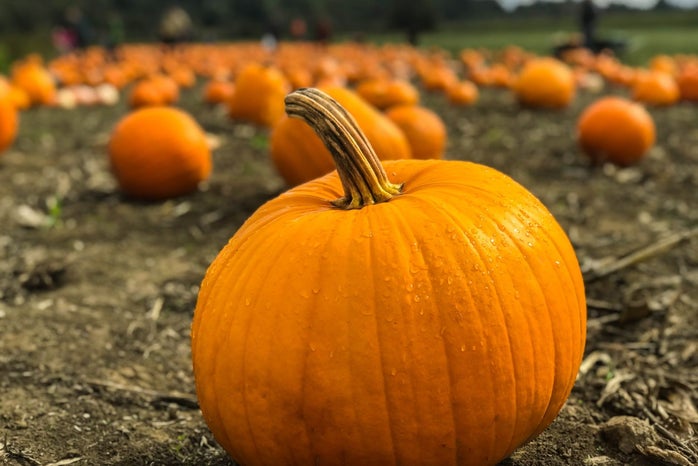