The Issues of War with Medea Benjamin

On November 30, the SJSU Human Rights Institute and co-sponsors invited political activist Medea Benjamin for a discussion on her book and the need for an international peace movement. 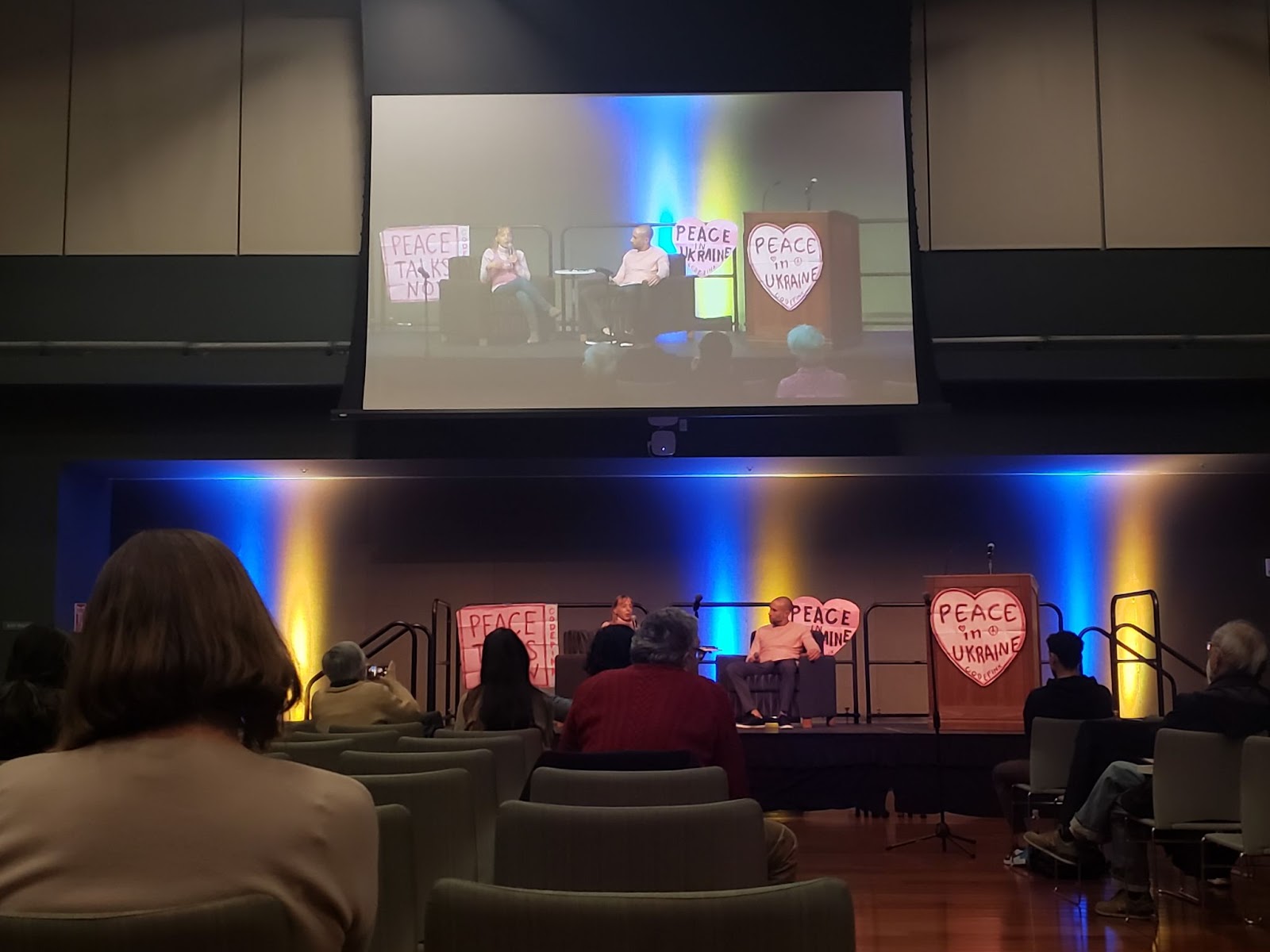 Medea Benjamin is the co-founder of CodePink, a women-led grassroots organization working to support peace and human rights initiatives and end U.S. wars and militarism. She is also the co-founder of Global Exchange, the Peace in Ukraine Coalition, and Unfreeze Afghanistan.

Benjamin’s book, “War in Ukraine: Making Sense of a Senseless Conflict,” evaluates the events leading up to Russia’s invasion of Ukraine in February.  “War in Ukraine” considers the risks of escalation, peace opportunities, and the stakes this war holds for all parties involved.

“War in Ukraine” underlines the narrative the mass media has adopted that favors the interests of NATO and U.S. militarism. Benjamin’s book stresses that people have been obscured by being told what is good versus evil.

During an interview with Medea Benjamin, she discussed the importance of young people recognizing the multilevel threats of this war, what this means for the future of the international community, and why SJSU students should act now.

First, it is important to recognize that the conflict between Russia and Ukraine affects us all.

Benjamin stresses that while Americans are not on the frontline of this war, the consequences have created economic problems.

“We might not think it affects us but it does affect us,” stated Benjamin. “It’s affecting us because, in the U.S., we’re spending so much money on the military. Now with this war in Ukraine even more. This is money that could and should be used for things like free college education for all the young people who want it.”

According to Reuters, Russia’s invasion of Ukraine has created record-high gas prices due to inflation.

What does this mean for the future?

Benjamin describes the current developments in the war as a dark period with high tensions between the U.S. and Russia, one that has not been seen since the Cold War.

“This is a moment of real alignment of the powers globally,” according to Benjamin.

“There are new holes of power and influence being created.” She continues to add, “it’s clear that this is a very tense, historic moment of realignment.”

On the subject of peace negotiations, Benjamin also emphasizes the importance of looking at this from two perspectives.

Throughout her book, Benjamin brings up the point that NATO has long served its original role.

“I think NATO should be disbanded. I think if NATO never expanded and fulfilled the promises it made to Gorbachev in 1991, we wouldn’t be seeing this war today,” stated Benjamin.

On the topic of misconceptions or misinformation, Benjamin states there is an extensive amount of individuals who believe that it is impossible to have peace talks. “It is very unlikely that this work can be won on the battlefield,” stated Benjamin.

What can SJSU students do?

The easiest thing to do is to consume your news from a variety of sources and to try some extremes, according to Benjamin.

Medea Benjamin stresses that as we are in the midst of a dangerous war, there must be a movement that is calling for peace and pressuring the members of Congress to insist that the media covers different perspectives.

As the interview wraps up, Benjamin ends with a few questions for students to consider.

“Why is there always money for war without questioning? Where is that money coming from? And why is there no money for things like dealing with a crisis that young people feel is affecting the future?”

CodePink urges you to contact your House and Senate representatives to vote no on escalating the war in Ukraine.

Hello! My name is Sabrina and I am a junior at San Jose State University. I'm a pre-law student majoring in political science with minors in economics and the humanities.
Good stuff only!