HC at Seattle U
Entertainment

In honor of black history month, I think it is only right to discuss challenges still facing the black community in America. While I am not black and thus do not know the experience of black Americans first-hand, I believe it is my responsibility to educate myself so I can resist racism, as knowledge and awareness are the first steps to action and restitution. A great book that outlines the ways in which racism still informs our society’s structures, and that I’d like to refer to, is Michelle Alexander’s The New Jim Crow: Mass Incarceration in the Age of Colorblindness.

Michelle Alexander is an expert in her field; not only did she work as a civil rights lawyer for the ACLU, but she is also a reputable scholar who taught at multiple universities. In the book, she describes her beginning at ACLU as focused on racial profiling and employment discrimination. She eventually turned to criminal justice reform when she learned more about what she calls the “racial undercaste” that has been created through the criminal justice system. Hence, The New Jim Crow is about just that; mass incarceration due to the “War on Drugs”. The War on Drugs is a United States campaign to end drug use that was started by President Nixon in order to bring “law and order” back to America. However, one negative consequence has been an incredibly harsh punishment for those who have been arrested in possession of drugs. Especially with racial bias present in our criminal justice system, this means that people, especially people of color, could be in jail for the rest of their life for possessing a small amount of marijuana. It has created a new racial undercaste that affects so many people of color that it has blocked an entire subset of the population from voting (since those who are convicted with felonies cannot vote), and thus, shut out people of color, just as the Jim Crow laws and segregation did.

While this claim may seem shocking to those who believe we are able to be “colorblind” (that is, to see a person without “seeing” their race), Alexander painstakingly combs through the history of racial segregation, the different levels of the criminal justice system, and the personal studies of those affected in order to illustrate complex and intersecting pathways that lead to the overall oppression of black Americans. After reading this book, I agree with Alexander’s arguments; although explicit racism may be considered a thing of the past, the way our criminal justice system operates and the way we treat those who are labeled felons keeps unconscious biases, such as “the blackcriminalman” (a term Alexander uses to describe our unconscious biases about what criminals look like), alive and well.

While the book is divided into six chapters, I would say the first four are devoted to the background work. The reader is walked through the suspicious history of the “War on Drugs”, which after reading this book will seem more like a war on the poor and marginalized, taken up by the criminal justice system due to economic reward rather than the bettering of society. Then, Alexander hits each level of the criminal justice system, from police officers all the way to the Supreme Court, and explains how each level is complicit in their own way to the New Jim Crow. While mass incarceration is a huge problem that is somewhat unique to the United States (as we have the highest incarceration rate in the world), Alexander also brings up police brutality, the lack of available legal protection, and the numerous restrictions placed on those who are on parole or considered felons. It isn’t until the final two chapters where she draws the connections between mass incarceration and the Jim Crow laws, but it is worth it as the previous chapters tell the story so well, you can’t help but feel the haunting of the Jim Crow laws’ oppression.

As said in the preface, one of Alexander’s intended audiences is people like me, who “do not yet appreciate the magnitude of the crises faced by communities of color as a result of mass incarceration.” The least we can do is “admit to what we do not know,” and then commit to learning. We may never “know” in the sense that we do not experience these interacting oppressions with regard to race and thus cannot firsthand know what that is like, yet we have a humanitarian duty to know the current state of affairs and attempt to understand the issue past the racialized media portrayed to us. We have to stand up and resist the injustice that is continuing every day in the form of the mass incarceration of black men and recognize the harm our criminal justice system is doing by perpetuating racism. One way to do this is to reject the idea of colorblindness, which I can guarantee after reading this book will be easy to do.

This book came out in 2010, which is almost a decade ago. Today, we are seeing more and more forgiving of those who are in prison due to possessing marijuana, especially as marijuana is increasingly becoming legalized. However, there is still much work to be done. In a New York Times article Michelle Alexander published last November, she brings forward the “Newest Jim Crow”, which references the increasing use of ankle monitors to supervise those who are not in prison but are still tied to the criminal justice system. She critiques this change as preferential to imprisonment, but still upholding the racial segregation intertwined in our structures. By educating ourselves and reading about black history, in books such as The New Jim Crow, we may hope to recognize this continuing oppression and rise to stop it, through Black History Month and beyond.

You can read more about The New Jim Crow here or order a copy for yourself here.

Alexandra is a sophomore at Seattle University who is studying psychology and women and gender studies. She enjoys discussing environmental rights, music, and her beautiful golden retriever, Leo.
Similar Reads👯‍♀️

Entertainment
Subtitled Cinema Is Your Next Podcast
Read more →

Entertainment
A Vision of the Reality We Wan(da)t Part 2: How ‘WandaVision’ Uses the Sitcom Format to Explore Trauma and Grief
Read more → 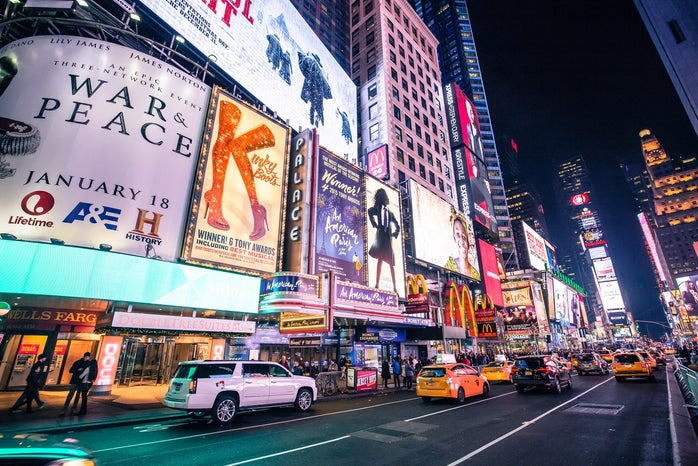 Culture
Broadway Is Back! But for Whom?
Read more →

Entertainment
A Vision of the Reality We Wan(da)t Part 1: How ‘WandaVision’ Uses the Metatexual Nostolgia to Explore Trauma and Grief Part 1
Read more →