HC at Rockhurst U
Culture

Her Vote Matters: why women need to get out and vote

Picture a female voter. What does she look like? How old is she? What is her ideology? Now look in the mirror. Do you see your answer?

When the 19th amendment was ratified 100 years ago, it didn’t just give women the right to vote. It created the female voter; regardless of her age, race, or party affiliation.It should be acknowledged that women of color were largely excluded from the suffragette movement and were denied this right to vote for a long time after the ratification, but the 19th amendment opened a door and changed the American constituency for good. And that didn’t happen just because women could vote. It happened because women did vote. They took advantage of this newfound right because they knew what a privilege it was to have a voice in the government. They knew that it was not the successful end to a movement, but the beginning of a new country; one where their daughters would hold the same rights as their sons.  It is so important for us to take full advantage of that right.

But what if our great-grandmothers knew that now, in a time of political and social unrest, when so many of us have little trust in the government, some of their sons and daughters were giving up that right, that voice, because it didn’t feel like it would make a difference. They would remind us that it has made a difference. Even if the 19th amendment was passed, if no women showed up to the polls on election day, a woman’s role in society probably wouldn’t look much different than it did 100 years ago. And if we want our society 100 years from now to look different, to look better, then we have to show up just like our great-grandmothers and all of those before them.

If you want to be sure that you can get out and vote in November, there are a few things to do now. First, make sure that you are registered. You can check your registration status on the Vote America website, and find lots of great resources as well, such as specific information about voting by mail in your state. You can also find your state’s request form for an absentee ballot. Remember that if you plan to vote by mail, the deadline will be coming quick, so the best time to request a ballot is now. Your ballot may need to be notarized, but Rockhurst has a notary on campus! You can find the most accurate information about voting by mail in your state directly from the state election authority.

So now you’re ready to vote, but you don’t know who to vote for. That’s okay! An important part of our democracy is empowering voters that are educated and voting on the issues that they care about. Read up on candidates, and decide who will be taking the country in a direction that you want to see it go. If you’re still not sure, here is a great quiz that lets you answer on issues and then tells you what candidate you beliefs align with the most.

November 3 is arriving quickly and that is something to be excited about! People of color, young people, and unmarried women have been historically underrepresented in our democracy. It may feel like your voice is not being heard, but when every voice speaks together, there is a call that cannot be ignored. Make sure that you are a part of the change and let your voice ring out with your grandmother’s and all of the women before us.

Hannah is a senior at Rockhurst studying Political Science and French.
Similar Reads👯‍♀️ 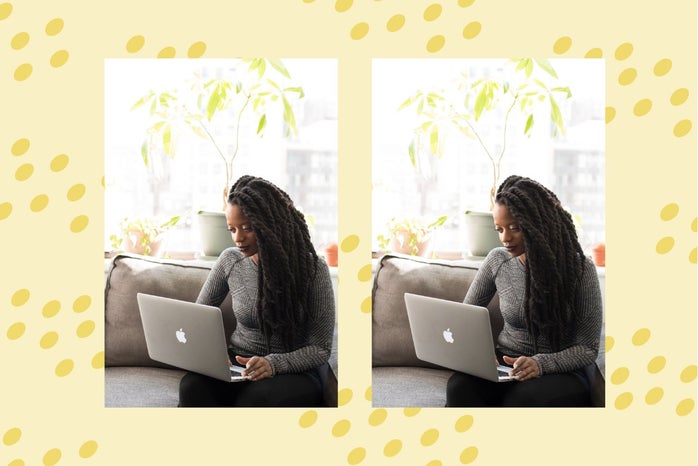 Career
Three ways to prep for your dream job during a pandemic
Read more →
Good stuff only!