Meet Me in Melbourne: First Impressions

It’s been about two months since I landed in Melbourne, and as everything is with life, the past months feel both unbelievably short and long. When I first landed, I didn’t know a single person in Melbourne, let alone in Australia, so I walked around the city by myself, taking pictures, trying the local cuisine, and exploring Melbourne’s hidden arcades. My friends who have previously studied abroad told me that it can be pretty lonely before one settles down and begins to make friends. While this was partially true, I also found it incredibly refreshing and liberating to be in this unfamiliar city on my own. I love socializing with people, but I think when you get too immersed in social life, your social self  can completely overtake your private self. I’m often a victim of this and so I really appreciated having some alone time.

Then, BAM. Everything changed. “O-week”—orientation week for “freshers” and exchange students, white night festival, beaches, pub crawl, Great Ocean Road trip, Phillip island tour, L’Oreal fashion festival, Great Barrier Reef, just to mention a few events that happened. There are so many topics I can discuss about Melbourne, and Australia in general, but I’ve
narrowed it down to just a few topics.
COFFE CULTURE
I could easily dedicate an entire blog to talk about coffee in Melbourne! People in Melbourne take their coffee seriously. Coffee shops are on almost every corner and it’s become a hobby of mine to find the best coffee places in Melbourne. Because there are such amazing local cafes, Starbucks is not ubiquitous here as it is in the States and is not doing that well. Instead of weak coffee filled with sweet syrups, people here prefer to drink espresso, latte, or cappuccino. It is also common to see a scoop of ice cream in your coffee instead of ice cubes when you order any type of “iced” coffee. My friends know me as an iced mocha addict, but I’ve broadened my horizons and have  learned to love all sorts of coffee. I joined a society called “Coffee Appreciation For Enthusiasts” and am now barista-certified!
FASHION
I’ve read somewhere recently that Melbourne now officially tops Sydney as the most fashionable city in Australia (how do they even measure this?). Living up to the title, Melbourne is full of fashionistas with distinctive sense of style. What I like the most about it is the way it exudes a relaxed and free vibe.  If Manhattan’s style is chic and modern, Melbourne’s style is vibrant and vintage. Melbournians are not afraid to mix and match bold patterns and bright colors, and it surprisingly never looks too over-the-top. Perhaps it’s the confidence they carry with their outfits that complement their looks.
WEATHER
I’ve developed a love-hate relationship with the weather here. It was boiling hot when I first landed at the airport in my winter coat and boots, and I was filled with joy, screaming ‘No more snowstorm!’ in my head. Apparently the first two weeks’ weather I have experienced was exceptionally consistent in Melbourne’s standards. I hadn’t paid much attention when people told me that Melbourne goes through four seasons in one day, but this statement is totally accurate. Yes, I have experienced cloudy, extremely windy, sunny, then rainy weather all in the course of one hour… Having a pair of “sunnies”, cardigan, and umbrella at all times is highly recommended.
COST OF LIVING
Princetonians, pleaseeeeee appreciate (and enjoy while you can) free printing, laundry, and gym membership! Granted we pay a fortune for our tuition, these services are not free here, and the expenses can sum up to a significant amount. I’ve printed only four articles so far for my JP, and it cost me about seven dollars. Laundry costs $4 per load, and $3 to dry. Once, I literally stopped and froze for a while when I saw that a small tub of Ben&Jerry costs $11. Melbourne was recently ranked as the fifth most expensive city in the world (New York City was 27th) and as a poor college student, this can be pretty stressful. Ironically, Melbourne is also known as the most livable city in the world. I reckon this is possible because of the high minimum wage. As a member of the café’s staff, one can expect to earn as much as $20 or more per hour, so many exchange students search for part-time jobs to afford travel and living costs.
There are so many more things to talk about such as campus life, trams, nightlife, and Australian slang, so stay tuned for future posts!
Images sources are linked.
Good stuff only!
We wanna slide into your DMs… (but via email) 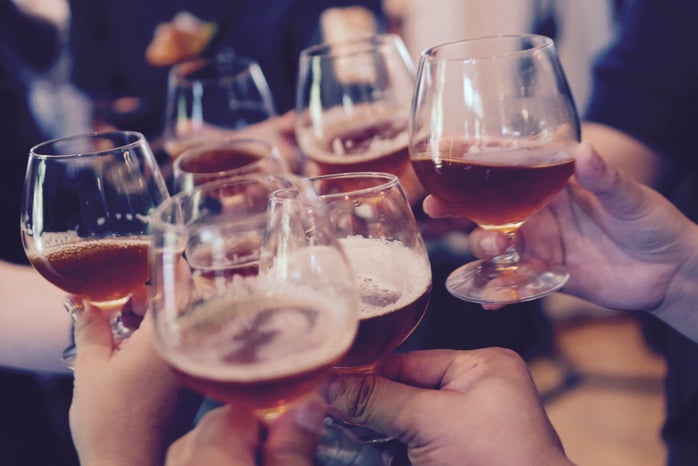