Bouncing Back from the End of the World

2020 was a hard year for a lot of people. The pandemic disrupted daily life in a way that most people are still recovering from. Jobs were lost. Grades dropped. Relationships ended. Some even worse things.

This is not an article to lament the state of the world, nor is it one that trivializes the losses people have endured. This is an article to show you that even when your world ends, and the worst thing happens, that you will be okay, and how to bounce back when all is said and done - one day at a time.

I know everyone feels anxiety: we catastrophize and what if ourselves into a panic. We think of the worst possible scenario and it becomes the only scenario in our minds. And when it happens, we don’t know how to combat it.

Now, I don’t mean to say that things won’t be hard, and that everything is as easy to recover from. Death of a family member, loss of a job/relationship, money troubles - these are all very real and valid things, and you have every right to be upset about them for as long as you need to be.

But I’m here to tell you that  you are stronger than everything you’ve ever had to overcome, and it’s okay to not be strong sometimes, too. But you have also survived every single one of your bad days, every single time where you thought the world would end. And guess what - you don’t ever have to do those days again. If yesterday was the absolute worst day in the world, you don’t have to go through it today.

It’s also important to know that there aren’t any timelines to life. Don’t worry that you’re not accomplishing the same things as other people. Your time will come. I struggle with this a lot, and I think Em Beihold’s song “Groundhog Day,” is especially timely.

I’ve gone through many things that I thought I wouldn’t/didn’t know how to/didn’t want to survive (not just in 2020). I’ve lost friends, I’ve lost my dad, and I even had COVID. I lost my home, my job prospects, and who knows how many opportunities to be happy.

It was hard more times than not, and I wanted to turn my back on the world. Be cruel to the ones who were cruel to me, because I couldn’t imagine going through another hard thing. Right now, I’m even struggling with the idea that after living on my own, I have to move back in with my parents. I cried for days once I realized I was going to lose my sense of independence and take two steps backward (even though it’s always a step forward, even if I don’t think so in the moment).

But I’m proud of myself, too. I made a hard decision, but it was the right decision. And I’m not saying it will always be that easy; more times than not, it won’t be. I’m privileged to have a place to go back to, people to count on, and I know some people don’t.

And sometimes, things aren’t as bad as you think. The worst thing doesn’t always happen. Maybe you don’t fail a class, but you didn’t do as well in it as you would have liked. Maybe you won’t graduate with the rest of your peers, but you’re still working towards it. You didn’t get the job you wanted, but you got something else that will help you get by. You have to move back in with your parents, but you’ll be saving money for your own place eventually. Maybe your friendship with that person ends, but would you want someone in your life who didn’t want to be there in the first place?

I’ll end with something I’ve lived my life by: Life (or God if you’re spiritual) won’t ever put you through things it knew you couldn’t handle. If life closes one door, it’s because it’s opening another door for you that’s even better. And life hears conversations you don’t, so maybe that person leaving shouldn’t be in your life anyway. 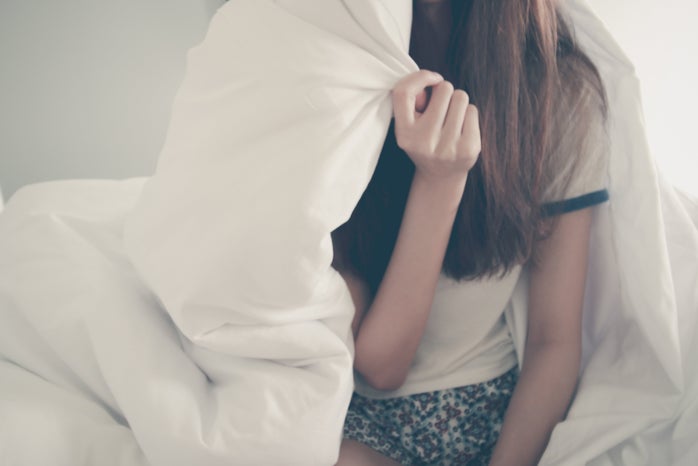