Most of us grew up watching cartoons. Whether it was a Saturday morning or after school as a kid you watched your favorite cartoon whenever you had the chance. While most cartoons provide life stories and valuable lessons, they’re also a great resource for representation.

As we watch cartoons, we can often see ourselves reflected in the characters. Whether it’s their race, gender identity, or ethnicity, many of us were able to relate to the characters we see on screen. However, there has been very little representation for members of the LGBT community; but that has changed.

In December of 2014, the Nickelodeon show The Legend of Korra finally came to an end. The show followed the critically acclaimed Avatar: The Last Airbender, and follows the main character Korra as she learns what it means to be the avatar. As the show aired it dealt with many serious issues like mental health, ethics of war, and recovery from traumatic events. Although, that wasn’t the only aspect of the show to make it groundbreaking.

In fact, The Legend of Korra is one of the first TV shows to feature a cannon queer lead. In the series finale, we see Korra with her love interest Asami, holding hands and gazing lovingly into each other’s eyes after the romantic relationship they had developed throughout the final season. 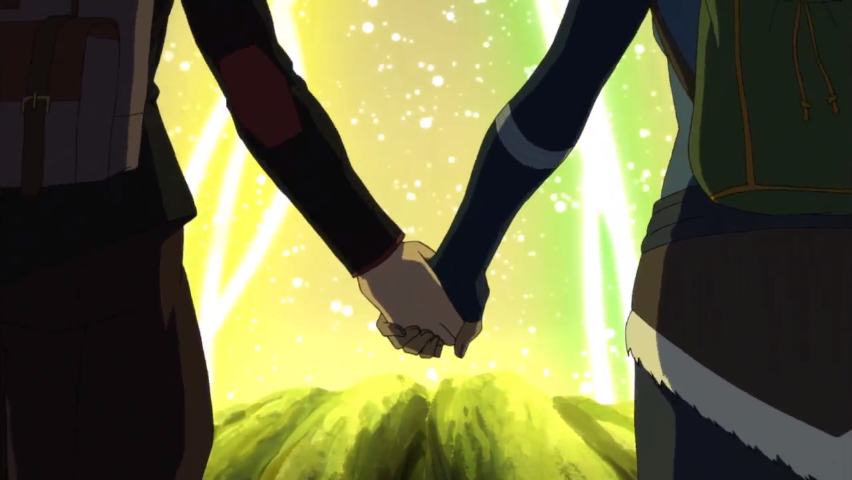 Shows like DuckTales, Clarence, and The Loud House are great examples of children’s cartoons with LGBTQ representation seen with side characters. Shows like this are targeted towards a younger audience with an exaggerated cartoon style and bright colors. These aspects certainly make the characters eye-catching. As a result, it’s easy to see characters in the background which is beneficial when they represent same-sex relationships.

One of the best ways to provide queer representation in cartoons is having a queer main character, and reveal their place in the community during the show. A great example of this is The Owl House.

The show follows the main character Luz Noceda who has found herself in a strange world filled with magic, witches, and demons. As she tries to figure out this strange new world she is accompanied by her mentor Eda, an adorable demon named King, and her friends Willow, Gus, and Amity.

The show made history in its recent season where Luz asked out Amity and went on to call each other their “awesome girlfriends” in the following episodes.

Additionally, Dana Terrace has confirmed these characters are part of the LGBTQ community with Luz identifying as bisexual and Amity a lesbian.

There is still much room for improvement with queer representation in cartoons. However, western animation has made great strides in portraying LGBTQ characters in an accurate way. Shows like The Owl House, Kipo and the Wonderbeast, and Ducktales are continuing the legacy of The Legend of Korra and providing more queer representation.

Hello! I'm Dolores, my pronouns are she/her, and I am a first year student at New Mexico State University. Some of my favorite hobbies are embroidery, photography, and making playlist. I enjoy writing articles that reflect my hobbies and other things I find interesting. I hope you enjoy my articles!
Similar Reads👯‍♀️

Life
Crystals That Can Bring Change into Your Life
Read more →