words of advice: travelling in europe

It’s been a hectic month or so and so much has happened – I’ve been on a pre-trip around Germany and Belgium, and now, during the recess week of my exchange in London, I’m in Denmark and am on my way to Italy. Knowing that in NTU, life is hectic from mounting assignment submissions and nearing exam deadlines, I’m hoping that by sharing my tips derived from my various experiences (and more to come!) abroad, you’ll be able to live vicariously through them. Maybe, they’ll even help you with your trip planning and give you that final push of motivation towards travelling overseas!

Tip #1: A matter of water: what to expect

Most hotels, or at least for the more affordable ones I’ve stayed in, do not provide water kettles for you to boil your own water to drink. Though it is said that the water in the different European countries (please do your own research on this too!) may be safe to drink, sometimes the water (cough London cough) can be downright nasty. While on the pre-trip, my friends and I would stop by the local supermarket to buy large bottles of water to sustain us for the next few days. However, due to our inability to read their language, we soon came to realise our folly – carbonated water was thrown into the mix and 2 out of the 3 of us bought carbonated water. Though surviving on carbonated water is possible, there is a high chance that it might cause indigestion or bloating that can be extremely unpleasant on the trip (my friend and I both suffered from this). To avoid this scenario altogether, don’t take the risk by trying to spot bubbles in that bottle of water – just ask the staff for ‘still water’ – it’s highly likely that they will speak English and will direct you towards the normal drinking water.

Already spent a lot on flights and hotels and want to save more for souvenirs? Food is a possible outlet through which you can save money (that is, unless you’re a foodie, then give this section a pass). Give Aldi and/or Lidl a go! They’re both super affordable supermarket chains present across Europe and they have a refrigerated section for decent tasting ready to eat meals. Take note that most of these food options are cold (with the hot food requiring microwaves), some of which include pasta salads and shrimp. Alternatively, if that’s not for you, there is always the bread aisle with wide varieties of bread that can cover all 3 meals. However, depending on the time of the day, certain varieties can be sold out, so don’t be too dependent on the supermarket’s selection of bread.

Compared to Singapore, recycling culture is much bigger and more developed in Europe. Based on my experience in Germany, segregated recycling bins are everywhere, and you can even return your plastic bottles to stores to get a bit of money in return. Notably, in most (if not all) of Europe, you will be charged for requesting plastic bags when making grocery purchases. While this may be an insignificant amount at first, it all adds up eventually. To save yourself some money, bring at least 1 recyclable bag with you or keep the reusable plastic bags from your initial purchases on grocery trips to save money.

In Europe, stores have closing times that range from 5-7pm. In fact, most shops I’ve been to in Belgium and Denmark close around 5-6pm. Compared to Singapore, they close way earlier; even supermarkets and selected restaurants close around 8pm, and some of them take regular days off within the week. Therefore, when planning your itinerary, don’t forget to consider the opening and closing hours of shops to save yourself some time, money and disappointment. Also, do note that generally, due to the fact that culturally, Sundays are rest days, shops will typically not be open. Surprisingly, many shops in Copenhagen, Denmark are closed on Mondays or Tuesdays!

Depending on the duration of your stay in certain European countries, it might not be worth it to purchase their local transport passes. When travelling, my friends and I paid for our bus and tram trips through contactless payment with our debit cards (Youtrip, Revolut, both extremely useful cards you should apply for as they allow you to exchange currency at a better rate on the spot). However, if you are staying in one place for a long period of time, it might be more worth it to purchase a local transport card (I.e. oyster card for the UK).

Additionally, in Belgium, Germany and London, the way that they charge you for transport fees differs from that of Singapore’s, and that greatly confused me initially. To explain simply, on buses and trams, you only have to tap your card once when getting on. They will charge you a fixed fare up front (3 euros in Belgium, and in all places bus fares and tram fares are separate) on your first tap in of the day. While this might seem extremely expensive, this charge is only temporary. It reflects the maximum fare they will charge you for daily, and as you take other forms of transport throughout the rest of the day, their systems will note down the number of trips you’ve made and eventually reimburse you the rest of your fare within the week. One thing to note is to make sure that your card (contactless or local transport) has enough money so that you don’t run out before they refund you.

Transport in Denmark works differently. In fact, it is more similar to Singapore in how you have to tap in and out of both the bus and tube. You are also unable to pay for your bus fare through contactless payment on your debit card, though it might work for the tube. So do take note and purchase a local transport card before getting on public transport! Another notable thing is that the fares for more than one person can be charged to the same card. This can be done manually at the tap in point at the tube, but you will have to seek assistance from the bus driver to execute this. 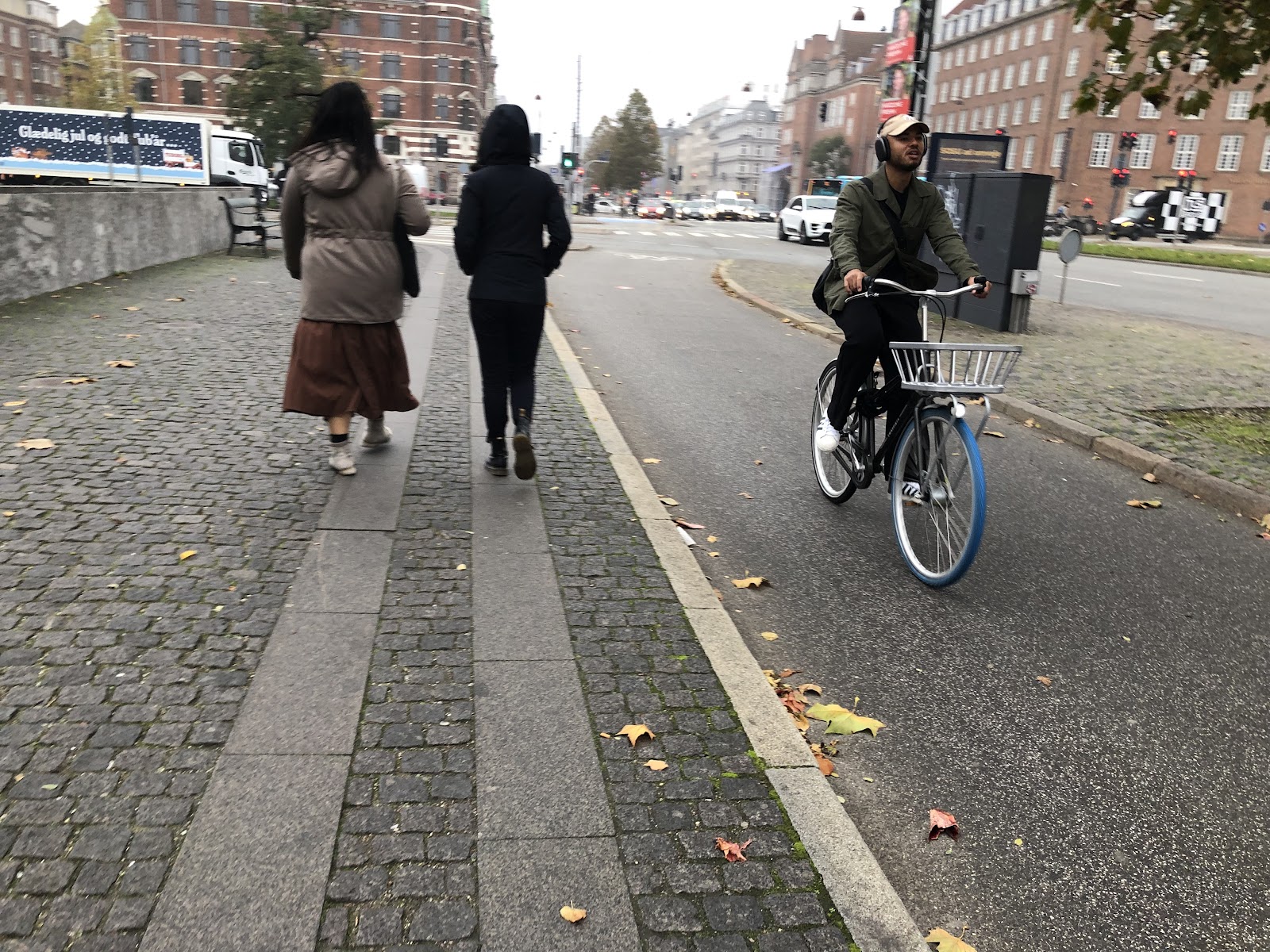 If I recall correctly, biking is big in Europe, and designated bike lanes exist in Germany and Denmark. These cyclists usually also follow the traffic light, just like vehicles do. Always remember to be aware of your surroundings and make sure that you’re walking or waiting in the right lane. Otherwise, you might run into or get run over by a very disgruntled cyclist!

Hopefully this short guide will help you be less of a confused tourist in Europe, and may it remind you of the light at the end of the tunnel: overseas holiday. Now, armed with your luggage, fully charged phone and Google maps, you’ll be ready to take on the world!

English Literature and Art History student with a passion for fashion. Self proclaimed connoisseur of "Chick Flicks" who is currently having too much fun with the Twilight Renaissance.
Good stuff only!