It starts slow and never really picks up. More than five inches of snow keep students in their dorms and under their covers. But a few brave the weather, dropping by Stamp’s Charles Carroll Room for Project HEAL’s Body Love Photo-shoot to create a positive and supporting environment.

“We wanted to give people a space to express themselves in, whether it’s about their recovery or just finding self-love,” said co-founder Alicia McElhaney. “So we wanted people to be able to have great pictures of themselves and be able to say, ‘Hey I look wonderful even though I am x pounds overweight’ or whatever…”

This is the second semester where the on-campus eating disorder awareness organization has held this event. After attaining chapter status from the national organization in May of last year, McElhaney said they held the first Body Love Photo-shoot in October as the group’s first fundraiser. The group raised over $100 dollars and, according to McElhaney, received requests to do it again.

“We really honestly weren’t sure what it was gonna be like at all,” said co-president Erika Klatt, “and it ended up being amazing…basically, what happened is that we were [in Preinkert Field House] for two hours, I believe, and people slowly trickled in as they wanted. We had a little thing where you could change, you could bring props, and basically someone would go, our photographer would take pictures, they would come back. We had baked goods, we hung out, and they talked to us. You were free to leave whenever you wanted to leave or if you sat there and thought ‘Oh man, I should take pictures doing this,’ you were allowed to go right back up and take more pictures.”

Much was the same this time around. Pump-up music worked through the room this time between the “janky” smell of Klatt’s herbal tea and the persistent flashes of the camera.

“It made me excited because I remember in the past I’ve dealt with an eating disorder,” said recent graduate Nicole Turchi, who helped plan last semester’s photo-shoot. “That’s why this organization is near and dear to me… And it was just cool because I was like ‘You know what, I’m just going go here and have fun and be with people I love and like get pretty pictures taken while doing it’ and it was great.”

The only difference came from the time of year. The snow that kept students inside caused Stamp to close early, and therefore cut the photo-shoot three hours short.

McElhaney and Klatt were disappointed with the untimely end of the event, but quickly reassured everyone in attendance they hoped to hold another photo-shoot in a few weeks. Until those details are solidified, supporters can participate in the week-long events the photo-shoot kicks off: National Eating Disorder Awareness, or NEDA, week.

As Klatt explained, the national chapter of Project HEAL provides daily hashtags, such as Spread Awareness Sunday, Music Monday, and Fearlessly Authentic Friday, and asks that smaller chapters plan activities to promote awareness. The campus chapter has partnered with HEALTH Works, a University Health Center program that, according to their website, was “designed to increase student awareness of general wellness, stress management, time management, nutrition, physical fitness, body image & eating disorders,” to have an open mic night on Wednesday at the Board and Brew.

In the end though, it’s not the events or even the money raised that matter most: it’s the stories of survival, of acceptance, and of overcoming diseases that affect nearly everyone at some point in their lives. Turchi, McElhaney, and Klatt all had some aspect of their lives affected by an eating disorder, and they all shared the same opinion: no one should deal with it alone.

“It’s just really cool to see a bunch of people in a space all radiating positivity and all absolutely wanting to be where they are,” Turchi said. “That’s such an uncommon thing a lot of the time.” 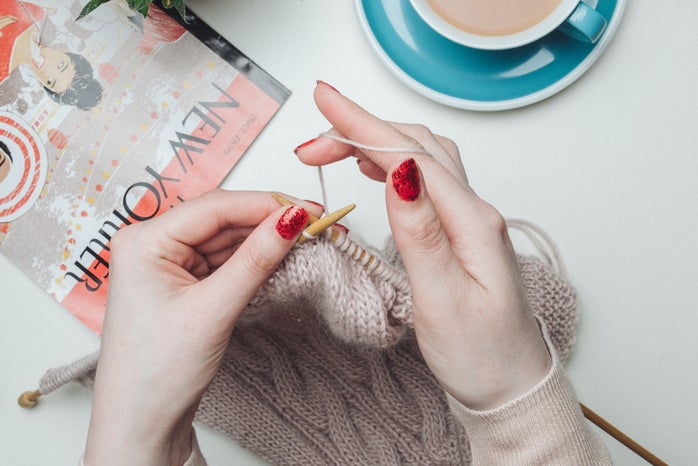