My Privilege Stole a Vaccine Spot

The vaccination situation in India is dire and completely unfair. While myself and many others are on the privileged end, some others may not have the same access to such resources. This article highlights the unfair system that the vaccination process utilises, through the lens of my personal experience.

My privilege is of the monetary kind, but my larger specific privilege is my parent’s deep-rooted network of connections to prominent doctors in big hospitals. This was my one call, and this was what I had to resort to when the system failed me.

I try to be fair and equal, but I had to let go of my ‘I’m righteous’ ego and succumb to the fact that my vaccination was entirely facilitated by my ‘one call away’ when the system failed me. Through this article, I evoke a hard-hitting situation I witnessed in a government vaccine line before I opted for the other corrupted route. Withstanding my connections, the vaccination process was exemplarily difficult for me. So, I ask, what is the plight of the old, poor and rural?

The day of tokens, queues, and cheaters

It had been my second time in a government queue, being turned down the first time due to miscommunication when the 18+ vaccinations were starting. The day was hot, and I had been standing for an hour when I overheard a conversation between this old lady, who appeared to be alone, and a younger man, trying to engage her in conversation. Her faded, blotchy saree and her fraying wire basket made it clear that she wasn’t so well-to-do. Her story is what shocked me. Since she didn’t have any smartphone access, she had to arrive at 4 in the morning, wait to get a paper token, then stand in line to complete her vaccination process.

How did I get my token? My uncle knew someone in the line and saved one for me.

It got even worse. As the crowd became overwhelming, the organisers decided it was easier to talk a poor old lady out of line and replace her with a more well-to-do and ‘connected’ person, like me.

‘I stood in line like everyone else, please, believe me,’ she said over and over, explaining until they no longer listened, and her exasperated words came out as streams of tears.

As I saw this happening, I wondered how different yet challenging the vaccination process was for her in comparison to myself. Is the system being fair to the privileged and needy?

Roadless travel: the right, the long, and the unfair routes

Starting with the method of scheduling: CoWIN is the government-approved and propagated site to schedule vaccinations. This assumes — and takes for granted — access to technology and the internet. With 99% of Indians accessing the internet through smartphones, it is shocking to note that India has one of the least affordable smartphone prices (2020). What about computers, then? With only 23% of urban and 4% of the rural population having access to computers as of 2018, the situation is even worse.

Due to this limitation, the old lady had to be there at 4 AM to avail any leftover tokens to get vaccinated. Since she is from a city (Coimbatore), let us assume that she has a son, daughter, neighbour or landlord who could’ve helped her register using CoWIN or given her the devices to do so. But CoWIN isn’t forgiving. In a nation lauded for its diversity, particularly language, it is a shame to note that CoWIN functioned only in English as late as mid-May. According to a Google report, 90% of Indians using the internet prefer to use the vernacular/regional languages. To many, language might be a preference, but to the lady in my story, access through her language is a need. On May 17, 5 months after the beginning of the vaccination drive on 16 January 2021, news regarding the introduction of 10 vernacular languages was shared.

While this is a fantastic addition, it, unfortunately, does not help the lady in my story. Why? Because Tamil still isn’t one of the languages.

(It is to note that after this incident with the old lady occurred, Tamil was introduced in CoWIN, but this is not included in this article since it doesn’t fit in the timeline of my, and her vaccination journey.)

Had she followed this government propagated method of scheduling vaccination, she would have been stalled in the nascent stages of even registering, let alone scheduling.

She was also one of the lucky few. The earlier stages of the 4-phase government plan of vaccination were more relaxed regarding CoWIN and allowed for ‘tokens’ and walk-ins. With phase 4, CoWIN registration became mandatory, thereby completely excluding the digitally deprived. Had she tried this in the 4th phase, which began May 1, she wouldn’t have gotten her shot.

My Silver Spoon and a Windy Road to Vaccination:

I have not one but multiple devices to access CoWIN, a stable internet connection, AND a sturdy data pack. So how did the website and this government process welcome me? The website crashed. The OTP system failed. I was fed up. But I had the privilege of a more corrupted and working backup plan of using my network of doctors. I still had to use my ‘one call away.’

COVID, in the initial stages, was called the ‘rich man illness that the poor suffered from’ since it was spread primarily due to international travel. The old and poor still struggle from this unfair equation. The government is doing something right while making vaccinations accessible; however, we need to look at this from two angles; means and ends. Vaccination is the end. The free dosage that the government now provides is highly beneficial. However, the means of registering and scheduling the vaccine is still difficult. The miscommunication regarding the availability of vaccines and the highly internet-dependent method of registering must change to reach greater numbers of the digitally deprived population.

She and I: Thriving on the loopholes of the system

We must acknowledge that the system needs work. The system needs to reverse. The top-down approach that makes the process easier for the rich is improperly structured and insufficient. For a nation with such economic disparity, a grassroots approach needs to be implemented. We are all trying to live, yet this struggle is so much more pronounced for the poor.

Vaccinating shouldn’t be so challenging for the privileged because, if it is hard for us, what happens to the poor and rural? The people with limited internet access and little privilege?

Vaccination is about hope, but it doesn’t seem so just yet. Not to me, not to her. 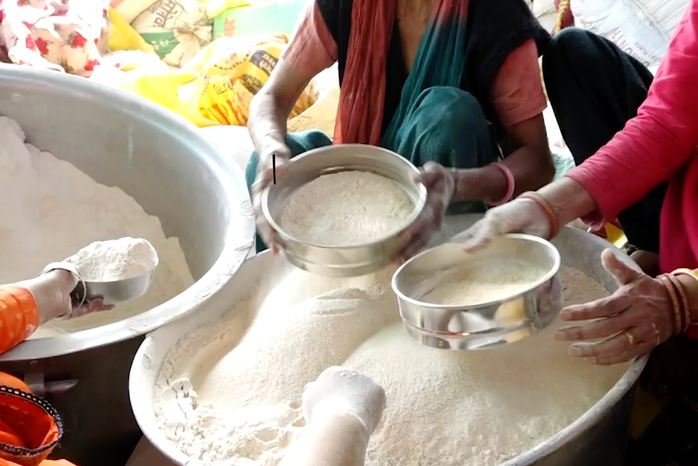