For the past few weeks, I’ve seen so many ads and videos about the new Chipotle Quesadilla available on the app. My family gets Chipotle every Sunday for dinner, and we’ve been doing that for years now. I go back and forth between a bowl, burrito, tacos, and a quesadilla to make sure I don’t get sick of our routine meal (but sometimes I do). However, over quarantine, an issue arose. We couldn’t eat in the stores and the online app didn’t have quesadillas as an option. So many times I craved that delicious, cheesy goodness, but I couldn’t order it.


But until just recently, Chipotle finally decided to add the quesadilla to the online app for order. The quesadilla is only available online, unfortunately, but it worked out for me because I don’t have a car up here at college. I decided since I get Chipotle all the time when home with my family and the quesadillas were one of my favorites there, that I should review this new Chipotle quesadilla. This review is the full thing, involving the use of the app, delivery, the actual quesadilla, and the sides.

The first thing I had to decide on was either ordering through the Chipotle app or through another food delivery app, like Postmates. The Chipotle app was way cheaper than posts with a tip and delivery fee, so I decided to use the app. The app was easy to use and navigate, and offered me points just off my first order that I can apply to get discounts later. The total for the Chipotle app was just over $16 with a 15% tip (with extra guac). On the Postmates app, the price for the same meal and tip was over $23, so the Chipotle app was a cheap option in case anyone else didn’t know before.

After picking chicken as my filling, I got to decide on the three sides that came with the meal. All of the ads had spicy red salsa, sour cream, and guacamole as the sides, which I decided to go with as well. Other side options were things like black beans, rice, corn, and all the other sauces they regularly have. The guacamole side was still extra and was not part of the free side, but I was willing to pay extra.

The order went through quickly, and the time for the order to arrive was faster than expected. The delivery was just over the estimated delivery time, but compared to my other experiences with delivery food apps, it was super quick. It took about 25 minutes for the order to go through and get to my dorm.

Once my food got here, it was time to rate the quesadilla. The food came in a cardboard covering which is familiar to my other Chipotle experiences, but there was no seal or sticker to keep the cover on. I usually prefer my food to be delivered with a sticker or something so I know my food wasn’t messed with. The quesadilla was still hot and the sides still cold when they got here, which was a relief. I’ve had other experiences where my food was cold when it got here, which sucked. So the food still being warm and the guac cold by the time was delivered added points in my book.

The first thing I noticed about this new version of the quesadilla was that it was crispier than the older version which I liked a lot. On the other hand, the new version was way smaller than the older version. The online one only had two small sections which were cut in half. The old version was huge, cut into four sections. So while I appreciate the more crispiness, I was disappointed in the size. Especially for the price of the meal with delivery and tip total.

Also, my quesadilla was loaded with chicken, but not a lot of cheese. I experienced none of that effect of the stringy hot cheese, as most of the quesadilla was chicken over cheese. I love their chicken and like how generous they were with the serving size, but I would have liked more cheese.

The quesadilla was really good dipped in all three sides as well. I’ve never really liked sour cream nor Chipotle’s hot sauce, but I really liked them together with the quesadilla. I finished the whole quesadilla pretty quickly because it wasn’t as big as I expected, but it was really good overall! I had a lot of leftover sides that I later ate with chips I had from home. After eating the meal, I wish I would have gotten another side that was more filling, like beans or rice, instead of all three sides being dips.

Overall, the new Chipotle quesadilla was really good and delicious. I appreciated how we got three free sides in the meal, but I didn’t like how the fillings were limited to one option. The experience was enjoyable overall and I had a good time using the Chipotle app!

I don’t know if the new quesadilla compares to the old, as I think I liked the old version better. The new one was good, but limiting and not as big. Would I order it again? I’m honestly not sure, maybe if I wasn’t too hungry for a full dinner or something. But would I recommend for people to try it sometime if you like quesadillas and Chipotle? Yes!

If you decide to order the quesadilla online and give it a try after reading this article, then I hope you take some of my critics and observations into perspective! I would get another side instead of all dips next time for sure at least. And the online app was great!

My rating for the online quesadilla would 8/10 if I’m being honest. I love Chipotle and its amazing food, but this meal wasn’t my favorite, especially compared to the old version. But I would say give it a try for sure if you love quesadillas as it was still very delicious!

Hi! My name is Alex Corbin and I'm a sophomore at KU majoring in Behavioral Neuroscience in the Pre-Med track! I'm a huge movie and TV show fan, and my life has been taken over by TikTok. I hope you like reading my articles!
Similar Reads👯‍♀️ 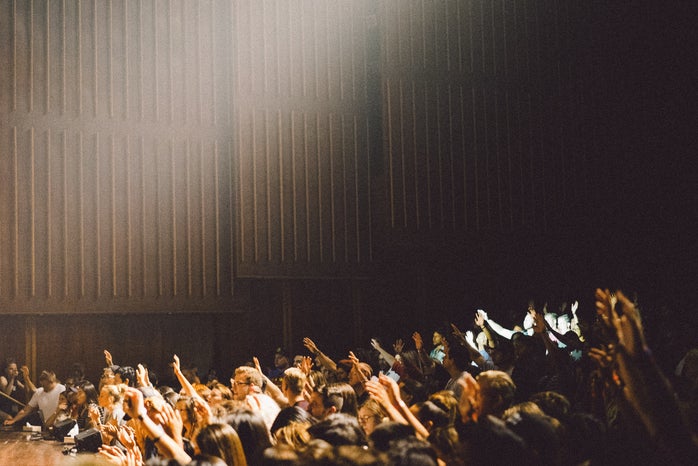