My First Concert Was a Virtual Experience

Although we are starting to see some light at the end of this pandemic tunnel, there are still many things we cannot do yet that we look forward to soon. One of these things is in-person concerts. We all miss the adrenaline rush we would feel hearing our favorite band’s songs echo into the stadium, the screams of thousands of people, and just not having a care in the world. Being in a concert felt like a surreal moment – it was nothing but you, your favorite artist, and the music – all in just one special moment.

In 2019, K-Pop artists SEVENTEEN (my favorite K-Pop group) embarked on their second world tour – Ode to You. The tour was supposed to last until March 2020, with stops in Asia, North America, and Europe, but it came to an abrupt end in March due to the pandemic worsening. Even more shows and an entire Japanese dome tour was canceled, leaving many Carats (SEVENTEEN’s fan club name) to wonder when their next concert would be.

At the beginning of the year, many Carats were surprised and ecstatic to find out that the boys would hold an online concert at the end of January. With this being my first SEVENTEEN and K-Pop concert ever, I just knew I had to buy tickets. Once I was able to purchase them, I counted down the days to an event that would forever be a special memory.

Because of the time difference between the southern region of the U.S. and South Korea, the concert was at 4 a.m. EST, while it was 6 p.m. in Korea. However, this time difference didn’t stop my friends and me as we got up around 3:30 a.m. to log on to the streaming website. The energy in our chatroom was so high as we were keyboard smashing about how excited we were, especially since SEVENTEEN hadn’t done a concert in over a year.

As the lights dimmed down and the first performance took place, tears threatened to come down my eyes. I realized that I was attending a concert by one of my favorite artists ever. I was seeing them perform with my own two eyes. It felt as if I was there in the stadium, screaming and cheering at the top of my lungs. As they performed a total of six songs into one huge opening performance, it made me realize how much I admire and look up to them. SEVENTEEN are considered performance kings in the K-Pop industry, and many younger groups cover their dances, hoping to be just like them. There was so much emotion and thought going on in my mind that I became so overwhelmed with tearful happiness – a feeling like no other.

As the concert went on, SEVENTEEN continued to show why they are among the top K-Pop groups. They performed Korean versions of Japanese singles they released, performed songs from their most recent album Semicolon, performed songs in their respective units (performance, hip-hop, and vocal), and even surprised fans at the end of the concert by performing “Shining Diamond,” a song from their first EP in 2015. The boys even got a little emotional at the end, when “Us, Again,” a song released at the end of their first docuseries, was sung by Carats as a surprise.

Although I am a little disappointed that I wasn’t able to experience all of this in person, I’m beyond grateful that there was even an online concert option. In all of their performances, the boys were longing for our presence. They expressed how much they missed Carats and wanted to do concerts with all of us there.

Hi friends! My name is Kenadee Knight and I am a 21-year-old senior English major, Dance minor at Kennesaw State University in Kennesaw, Georgia! I am originally from Decatur, GA. When I'm not doing schoolwork or writing for HerCampus, I enjoy dancing, listening to music, writing, and bullet journaling. I hope you enjoy reading my articles here at HerCampus!
Similar Reads👯‍♀️

Culture
New Year, New Me: 1 Out Of 3 Steps To Start Your Journey To Self-Love
Read more → 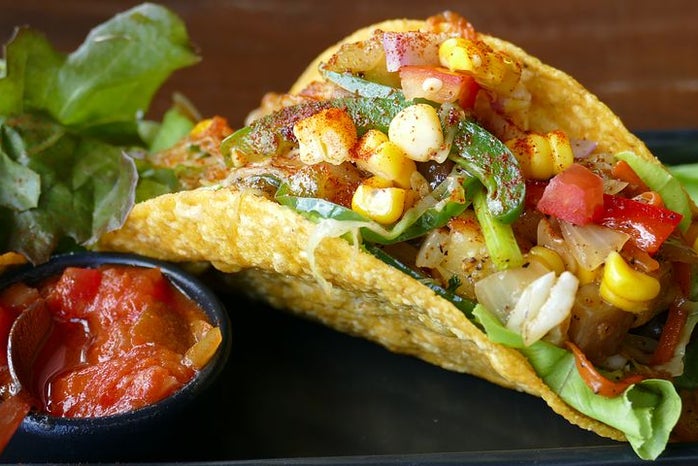 Sex + Relationships
How to Boost Your Sexual Health in 2022
Read more →
Good stuff only!