What is the #FreeBritney Movement?

If you’ve been active on any form of social media in the past few weeks, chances are that you have come across the hashtag #FreeBritney. Surprisingly, this is far from the first time that this Britney’s freedom and wellbeing have been in question over the past year, but the world’s interest has grown significantly since the New York Times came out with a documentary explaining the beloved child star’s ongoing situation.

“2008 Brintney Spears” has become somewhat of a character that symbolizes the most chaotic period of the star’s life. In 2008, at age 27, Britney was arguably at the height of her career, and suffered from what Rolling Stone magazine classified as “…the most public downfall of any star in history…”. Following the very closely reported “downfall” of Britney Spears, her father made the controversial decision to file for a conservatorship due to the seemingly tumultuous behavior of his daughter. Essentially, a conservatorship is granted to an individual’s guardian (Britney’s father in this case) to maintain full control over their finances- given that the individual is physically and/or mentally incapable of dealing with these matters themselves. At first glance, a decision like this may not have caught the attention of many. Britney was having mental health issues, and maybe being monitored by a guardian for a short period of time could have been beneficial. A month after the conservatorship was put into place, however, Britney was back to work, and she seemed to have her health under control. Even though she had finished working on her Circus album, and filmed a documentary during this time- the conservatorship remained. Any financial decisions, health matters, and even decisions regarding voting and marriage had to be signed off by the singer’s father. Given that Britney was known to have a poor relationship with her father, fans started to become wary of this agreement. With that apprehension and the heightened public attention on Britney’s life, fans started to recognize the marks of an intense, high-profile lifestyle that likely led to the star’s breakdown, and consequently to her conservatorship.

What finally caught my attention regarding the #FreeBritney movement was the social media trend of posts aimed towards Britney, apologizing on behalf of the way she had been treated and portrayed by the media. Among these apologies, Justin Timberlake, Britney’s ex boyfriend responded by saying he “benefited from a system that condones misogyny”. So, what exactly was Britney’s relationship with the media, and how did it get so (pun intended) toxic? Going back to the “2008 Britney” phase, the most famous incident of Britney in the media was when the singer seemed to have “lost her mind” and shaved her own head in a hair salon in front of about 70 paparazzis. Britney, who had just been released from a rehabilitation center, explained her actions by saying, “…I just don’t want anybody, anybody touching my head. I don’t want anyone touching my hair. I’m sick of people touching my hair”. It was situations like this, that paparazzis and the media would alter to paint Britney in the worst light possible. Around this time, Britney was the most sought after celebrity by the paparazzi- just one picture of her would sell to the media for millions. Britney’s life was in the hands of the public, and no one was on her side.

What I realized after learning the details behind the #FreeBritney hashtag, was that maybe I do let the media influence my point of view more than I’d like to admit. I definitely remember reading headlines surrounding the “2008 Britney” persona, and with no further information, I had believed that she was just flat-out crazy. It’s hard to imagine the lifestyle of someone like Britney Spears, but in this scenario, maybe it’s not all that difficult to relate. She was a young girl whose image was manipulated by the media, and until now, no one wanted to listen. Hopefully this situation is the last of its kind, and hopefully the media finally learns to listen and pay attention to all the girls who will follow the same path as Britney one day.

Wellness
How to Become More of an Optimist
Read more →

Experiences
Dealing with family while at home
Read more → 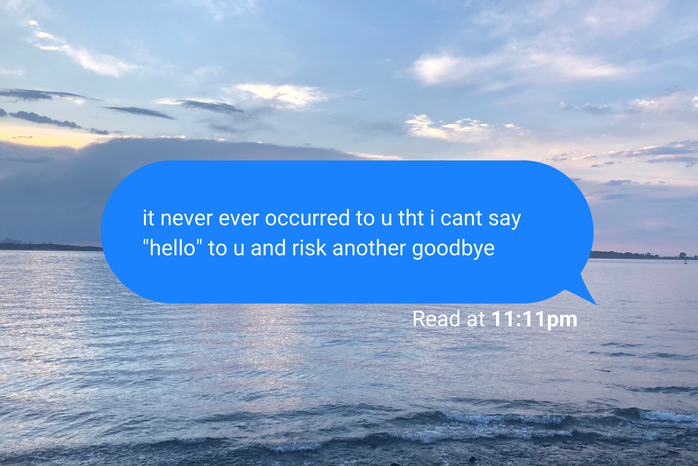