Artist Spotlight: Why Don’t We

You may have heard of boy band Why Don’t We before; consisting of five members, the band started in an age in which social media is dominating the music world. Jonah Marais, Corbyn Besson, Daniel Seavy, Jack Avery and Zach Herron make up the group that started back in September of 2016. Starting off as individual artists performing at social media conventions, they all interacted with one another on separate occasions before deciding to jump off the deep end and fly out to Los Angeles to hang out as a group of five for the first time, and experiment with the idea of being a pop band.

They’ve been open in several interviews about joining forces, saying that they had been interacting with each other for awhile and realized that it made sense for them to combine their talents. The group says that was the whole reason behind the group’s name. In an interview with E! News Australia, Daniel explained, “There’s a stigma around boy bands just being thrown together. We weren’t thrown together. We were just friends that met up in Los Angeles and thought, ya know, let’s make a band. That’s why we’re called Why Don’t We; ‘Why don’t we make a band?’”


The group has grown a great deal since they started. They had been consistently touring for three years, and used the first year as a band to work on their music and grow stronger bonds with one another. Soon after, they were featured in numerous YouTube videos with vlogger Logan Paul, and even put out a few hits, including 2018’s “Trust Fund Baby”, which was written by Ed Sheeran. The band even got the chance to headline their own show at Radio City Music Hall in New York, selling out tickets in less than two hours, according to broadway.com.

However, early this year, the band announced they were taking a break and stepping away from social media so that they could work on their next studio album. While this was further sidelined by the pandemic, after months of speculation and concern from fans, the boys are finally back with their newest single, “Fallin’.” Written and produced by the band themselves, and according to Jack, recorded entirely in Daniel’s home studio and written in about an hour, their new single provides a totally different experience from their previous releases. The song has much more of a rock feel to it, while also staying true to the band’s roots. Jonah also claims that the step back to reflect was worth it, saying, “I think that this year was that year for us to be reflective: personally and as a band. And, just like… really come back with so much force. It feels really good.”


I’ve had the pleasure of seeing the band perform twice in concert, including their Chicago stop on their 8 Letter Tour in 2019. The show was super fun because of how much energy the boys brought to the stage, and they even interacted with the audience and told stories and jokes when technical issues arose halfway through their set. Additionally, a personal connection I can draw with the band is that one of the students I worked with through an after school program is a huge fan of the group, and, through their music, I was able to establish such a close and special bond with her that impacted us both for the better. So, it’s safe to say I have a special spot in my heart for them.

Why not give their music a chance? It may just be the perfect addition to your playlist to get you through the back half of the semester! You may be pleasantly surprised when you can’t get their catchy hooks and melodies out of your head.

Caitlin is a junior at Illinois State University studying Public Relations and Spanish. She is a member of Theta Beta chapter of Kappa Kappa Gamma and loves being a writer for Her Campus. When she's not studying or writing her novel, she is watching 80s films or hockey highlights.
Similar Reads👯‍♀️ 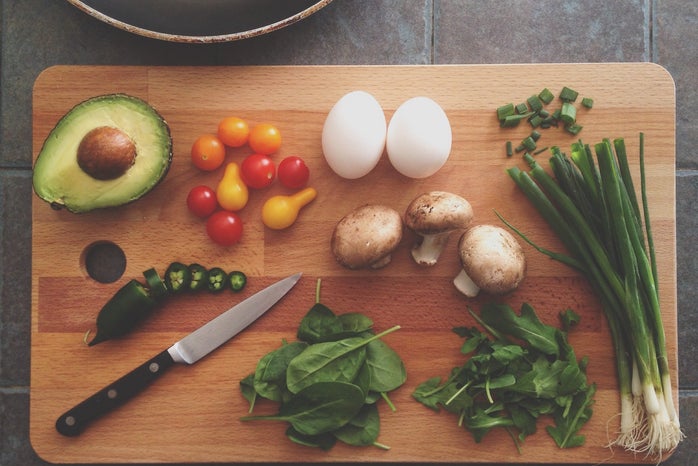 Academics
How to Transition Back to In-Person Classes
Read more →

Life
Letters to my Past, Present and Future Self
Read more →
Good stuff only!