Welcome back to campus!

As October begins once again, I wanted to share with you all my autumn fantasy book lists for evenings in and gloriously gloomy downpours.

Family Favourite: Harry Potter and the Order of the Phoenix by J.K. Rowling

No fantasy compilation would be complete without the warm embrace of the globally beloved boy in the round spectacles. Book 5 is my particular favourite as the characters are suddenly thrust into the complexities of young adulthood and, of course, the tyrant in pink we all love to hate.

This one was recommended to me by a friend as a great alternative if you have already exhausted Lord of the Rings and The Hobbit. Forewarning, it does require some dedication to referencing maps and genealogies, but it is worth it for the rich, descriptive world Tolkien crafts.

Epic Poem: The Odyssey by Homer & translated by Emily Wilson

This is the first version of the text to be translated into English by a woman – it is a must read. Wilson makes the Homeric language accessible for 21st century readers and the book itself is bound in stunning blue, white and gold.

Urban Fantasy: Neverwhere by Neil Gaiman & The Rest of Us Just Live Here by Patrick Ness

If I had to pick one favourite book (which all readers can agree is a Herculean feat), it would be this one. Gaiman transforms the London we know into a labyrinth of interwoven urban myths navigated by an often bewildered protagonist. I recommend the edition illustrated by Chris Riddell who brings a gothic nuance to Gaiman’s characters.

The Rest of Us Just Live Here is a quirky YA whose protagonists exist outside of the ‘main character’ expectations. Ness adopts a satirical stance that strikes just the right chord.

Practical Magic is a lethargic plunge into the world of the Owens sisters and the subtleties of being a woman. Rich with human feeling and magic infused gardens, this is a timeless classic for ‘spooky season’.

The League of Gentlewomen Witches is a historically humorous, Austen-inspired romance with a modest handful of spice and plenty of innuendo. It is the second book in Holton’s Dangerous Damsels series but can be read as a standalone.

This iconic Studio Ghibli production from director Hayao Miyazaki was based on the 1986 novel by Diana Wynne Jones. Although categorised as a children’s book, I still love to re-read this now (at twenty-one…) for the riotous fun that ensues between the pages. The audiobook version is unsurpassed because Howl with a Welsh accent is all you truly need in life.

Pratchett’s creative genius deserves his own section. I am recommending this trilogy for October because if Moist’s antics as a recovering conman are not enough, then the existence of Adora Belle Dearheart in her spiky stilettos emitting a constant plume of cigarette smoke and sarcasm surely is.

Out of My Comfort Zone: Black Leopard, Red Wolf by Marlon James

I tend to cocoon myself in books written by authors that I am already familiar with and which focus on my own culture. In an attempt to combat this, I picked up the first novel in James’ planned trilogy and became immersed in the fantastical, often violent, plot inspired by a mythic Africa of the past.

Sapphic Fantasy: The Priory of the Orange Tree by Samantha Shannon & The Jasmine Throne by Tasha Suri

These two novels smack the high fantasy genre down from its patriarchal perch with absolutely no remorse. Dragon riders, queens, sorcerers: we’ve seen this all before. But Shannon and Suri develop their vast spectrums of female characters in an organic way which focuses on them as flesh and blood women rather than overly sexualised tropes. Shannon’s book is a standalone, but Suri’s is the first in her upcoming Burning Kingdoms series.

A Marvellous Light is a book that I selected (in all honesty) because it had a beautiful hardback cover, and I needed a pick-me-up read. It did not disappoint. A historical, slow-burn romance between magician Edwin and aristocrat Robin blossoms in a quintessentially English backdrop.

Her Majesty’s Royal Coven was a gift from my sister who saw a witchy themed fantasy book and immediately realised that I needed to own it. Dawson has woven a subtle but immensely powerful commentary on trans rights, racism and society’s exclusion of those perceived as ‘other’. Every young adult should read this book.

Both of these novels are set to become series, so I encourage you to risk the cliff-hangers!

With her ever-increasing cult following, it felt right that Mass has her own section. Although her Throne of Glass series did not appeal to me (I realise that this is an unpopular opinion), her ACOTAR series was gripping – Nesta Archeron swiftly became one of my favourite literary characters. Even so, the Crescent City books are Mass at her best, with carefully navigated character arcs and page-turning plot lines. Her protagonist Bryce Quinlan steamrolls through the narrative like an auburn-haired goddess.

Currently Reading: A Book of Night by Holly Black

This has been an interesting read for me so far because the protagonist Charlie is a character that I find difficult to relate to. This should be discouraging, but I am made all the more eager to understand her and am suitably surprised by the book’s twists because her motivations are shrouded to me. Full of shadows and dark corners, this is the perfect Halloween aesthetic for those seeking it.

An undergraduate third-year reading Ancient History at Exeter Uni. A focus on fashion, books and generally thriving as a woman on campus!
Similar Reads👯‍♀️ 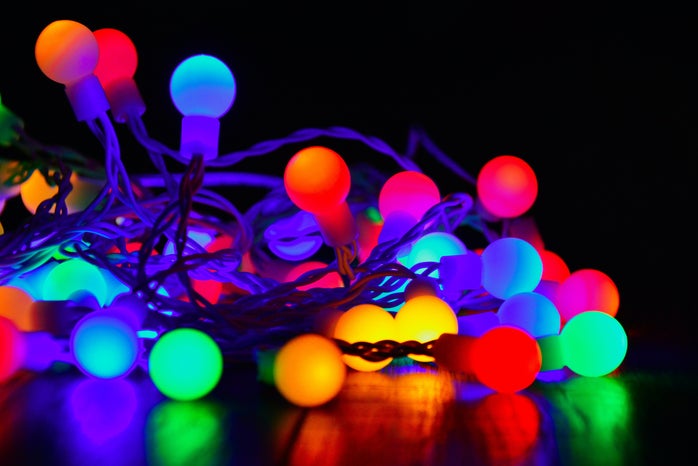