Sometimes the only way out of a bad mood is through it – and by through I mean listening to some of the saddest songs ever created and getting your cry on. It’s therapeutic in the sense that a bag playlist will understand you and what exactly you are going through. Hearing an artist echo the same sentiments you’re feeling brings a sense of belonging and conciliation. It is a testimony to the universal emotions experienced by all people. Or maybe you don’t know exactly how you’re feeling at all; one song can put your emotions to words. It’s an incredible and comforting feeling that can often lead you from the darkness into a better headspace. Here are ten songs you forgot (or didn’t know existed) that you need to add to your playlist:

Free Fallin’ Live at the Nokia Theatre by John Mayer

This acoustic version of the classic John Mayer song calls out to those who don’t know where they are going in life and are effectively “free fallin.” Don’t worry, according to John sometimes it’s okay to be  “good girls home with broken hearts.”

While Katy Perry doesn’t normally produce sad-mood music, this song can be turned into a reminiscent bag song, calling out to those childhood and teenage first loves and heartbreaks. The dreamlike state of first love is not easily forgotten and deserves to be mourned in the right moments.

Carry On by fun.

This song is a must for any bag playlist, as it quite literally will carry on and carry you through the awful emotions. The chorus opens with “when you’re lost and alone, or you’re sinking like a stone, carry on.” Not only is it a motivational song, but it adds the right element of resignation and acceptance to help you move forward.

Iris by The Goo Goo Dolls

At the peak of emotional ruin, this song is the one to play. It focuses on closing oneself off from the world, being scared to open up to others, and feeling trapped within yourself. This is a song for those moments of loneliness and self-deprecation. Plus, it has an amazing instrumental part that’s great for self-reflection and/or a good long sob.

Just Give Me a Reason by Pink and Nate Ruess

A song written for any kind of relationship, this song is for those relationships you can’t let go of. Sometimes, people are not “broken, just bent and can learn to love again.” It’s a song for accepting the truth and choosing to still love the person who caused you pain.

Already iconized by the “smash” hit Shrek, this song holds a level of emotional storytelling about love, lust, control, and intensity. Widely known, but many times forgotten, the level of emotion in this song is enough to put even a happy person in a state of contemplation and contentment.

My Heart Is Open by Maroon Five

For the most vulnerable part of your grieving process, this song speaks directly to the pain of breakups. Reflective and heart-wrenching, Maroon Five delivers a song that will make the tears run fast and the pain intensify.

The Sun Is Rising by Britt Nicole

Acting as a counterpart to fun’s “Carry On,” this song focuses on what is to come rather than the darkness of the night. One of the most prominent lines references “the future you had hoped for is now burning” speaks to those who lost someone they imagined having by their side for the rest of their lives. This song stems from broken marriages, cheating relationships, and abusive friendships, reminding you that there is so much more on the horizon.

Let It Go by James Bay

As you make your way out of the bag, this song helps with the “letting go” process. James Bay reminds you to be yourself, just as another person will be themselves. This song deals with the times when two people just don’t work together; hands don’t fit and hearts don’t align.

An exemplary song of life and love, Dean Lewis’s “Waves” encompasses the ever-flowing battle between emotions. His song is reminiscent of adolescence, heartbreak, and struggling with these emotions for the first time. Still present to this day are those emotions, like the ones that put you in your bag in the first place, that come and go like waves.

Current Architecture student at the Catholic University of America and proud published author of Unravel by Kat Kade. President and Campus Correspondent for CUA's Her Campus Chapter and Business Manager of The Tower Newspaper.
Similar Reads👯‍♀️ 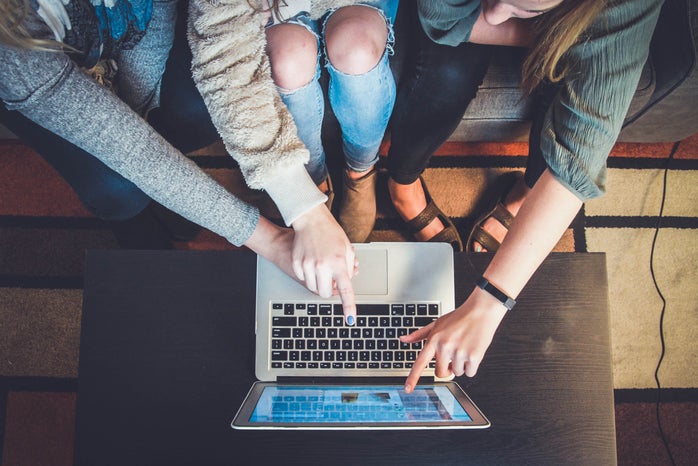