The line that fills girl’s late-night sleepover talks, night out bathroom breaks, and almost every cliché “rom-com” in existence.  At some point in every girl’s life, they find themselves concluding that all of life’s greatest problems will fade into oblivion with a simple fix, A BOY. I’ll admit it even I have been guilty of this, but why? What is so great about the male race that we feel strongly enough to equate all of our problems to finding this match. Why do we feel when something is “missing” in our lives, it must be the fact that our story involves no prince? Then I realized this; the reason we jump to that one conclusion is because that is what our mind is programmed to believe. We live in a world that repeatedly exposes us to this image of happiness that, in some way, involves finding a guy.

Almost every woman character in a film or tv series is motivated by finding love, and even in the case that love isn’t her motivation without a doubt, a love interest usually in the male form becomes a sequential part of her story. Even in the parts of our lives, we learn off-screen involve this programing. It starts as young as elementary school when little girls are asked by their parents and classmates who they have a “crush on” and which boy they played within the schoolyard was their “boyfriend.” Then middle school, the stake heightens, and the idea of having a boyfriend skyrockets your popularity, which between the braces and puberty acne that’s all that matters. Then finally, college, when most girls shift to believing if they don’t find a guy at some point in their four years, they might as well buy 30 cats and close up shop for good.

The thing is we are so blind to these behaviors and actions because we have become so customary to seeing women this way. Our brain learns partly by association, and with repetitive exposure, we begin to associate happiness with finding a guy.

“I just need a guy.” No, you need water, you need food, you need knowledge, you do not NEED a guy. See the difference.

What I’m telling you is this, no one is blaming you for thinking this way. This idea of a boy being the answer is engraved in your mind from your early years of recollection. What I am saying though is fight it. Fight that voice that tells you your worth is measured by your relationship status or that your story only revolves around finding love.

So next time you find yourself on the brink of thinking what you need is a guy, think again.

Hello babes !! I’m Haven King, a 19 year-old Arkansas girl. Writing has been one of my passions for as long as I can remember and I am pursuing it as a degree at the University of Arkansas. My love of fashion, traveling and well, life- has led me here. So, I hope you enjoy seeing the world through my eyes!
Similar Reads👯‍♀️

Wellness
Self Care In The Fall
Read more →

Life
What Do You See?
Read more → 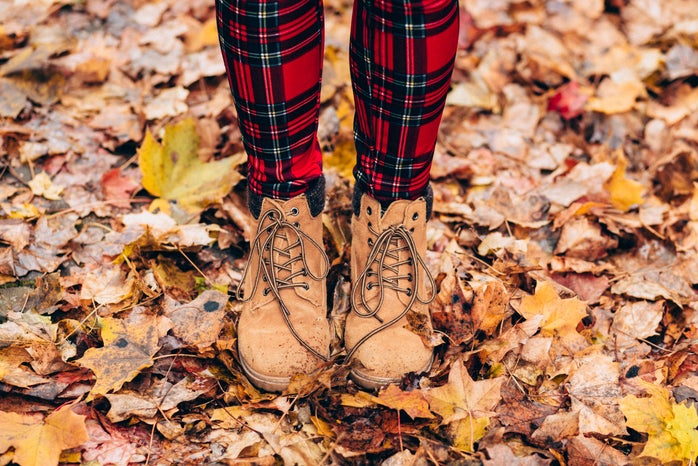