On April 19th, 2021, the supermarket chain Lidl announced its plan to provide free boxes of sanitary pads and tampons to customers. While the grocery giant has storefronts in 32 countries including France, Germany, and the U.S., this offer is limited to its 168 stores in the Republic of Ireland. This corporate action is intended to combat a public health crisis: period poverty.

As defined by Ashley Rapp and Sidonie Kilpatrick of the University of Michigan’s School of Public Health, period poverty is “the prevalent phenomena of being unable to afford products such as pads, tampons, or liners to manage menstrual bleeding.” It is estimated that one out of every five girls misses school due to this lack of accessible and hygienic menstrual products.

Not only do quality menstrual products provide comfort and peace of mind, but they are also hygienic. When menstruators are forced to resort to using rags, paper towels, or even cardboard, they run the risk of urogenital infections and skin irritation.

This public health crisis is of critical importance in Ireland where “as many as 85,000 women and girls may be at risk of period poverty,” CNN reports. As of May 3rd, these eligible customers will be able to use the Lidl Plus app to get a free box of pads or tampons with a monthly coupon.

[bf_image id="v9qmxtm7mrxp4q767qw887"] According to The Irish Times, Lidl also plans to make these free sanitary products available to the homeless community in Ireland. The company has pledged to make quarterly donations of these products to the Simon Communities of Ireland, a network of independent charities that support the homeless and those at risk.

Despite period poverty being a prominent public health crisis -- The Borgen Project claims that over 500 million women worldwide endure period poverty every month -- menstruation remains a taboo subject. In Uganda, The Borgen Project asserts that period stigma causes 70% of girls to “feel embarrassed to be on their periods and are afraid of menstrual-related accidents.” For menstruators who are unable to afford tampons and sanitary pads, this stigma only makes access to quality menstrual products more of a struggle.

At the same time, there has been a recent trend in government leaders tackling the issue of period poverty. In 2020, Scotland became the first country in the world to make menstrual products free to all its citizens. Under the leadership of Prime Minister Jacinda Arden, New Zealand now offers these products for free to students in all primary and secondary schools. However, menstruators in the United States still have to pay for these necessary items, with 33 states charging a tampon tax.

If the United States is to achieve equality for everyone, then the economic, physical, and mental burden of period poverty must become a relic of the past.

Jackie Lamb is studying Film and Media Arts at American University. She is a member of the class of 2022.
Similar Reads👯‍♀️ 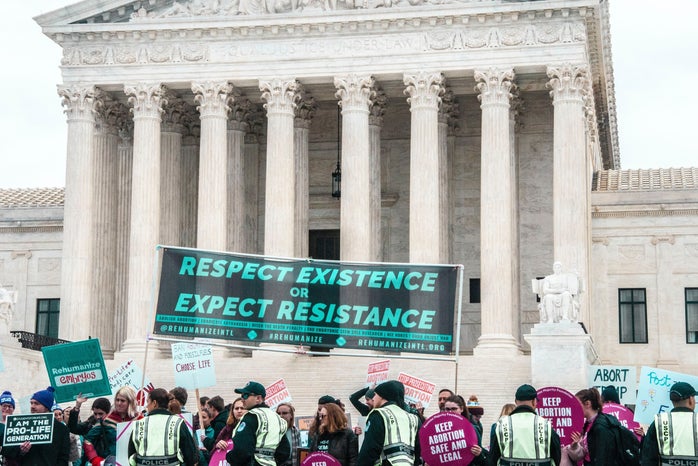 News
The Overturn of Roe v. Wade and What has Happened Since
Read more →
Good stuff only!