Here’s What Everyone Should Know About the Intersex Community

Maybe you’ve heard of intersex, but you don’t know what it really means. It’s a part of the larger LGBTQ+ spectrum (the “I” in “LGBTQIA”), but it’s not talked about nearly as often as lesbian, gay, transgender, bisexual or even asexual topics. Thanks to the work of groups such as Inter/Act Youth, a group for young adults with intersex traits, and the now-defunct Intersex Society of North America, intersex people and the issues they face are being called into the attention of mainstream society.

To clarify what everyone needs to know about the intersex community, we spoke with Emily Quinn, the Youth Coordinator at Inter/Act Youth, and Ilene Wong Gregorio, the VP of Development at We Need Diverse Books and the author of None of the Above, a fiction young adult book with an intersex protagonist.

How can we define what being intersex means?

Intersex is a term that includes people who were born with variations of sex anatomy, and can’t be classified in the typical way that “male” and “female” are. Some intersex individuals have enlarged clitorises, ambiguous genitals, a mixture of chromosomes besides just XX or XY (such as XXY), and differently functioning or mixed sex hormones. There are more than 30 different intersex conditions, and people can be born with varying configurations of the 6 sex components.

It is estimated that 1 in 2,000 people is intersex, but it is likely that the figure is actually higher. “Intersex is a natural variation of human biology,” Quinn says. “I think once everyone realizes how non-binary human biology is, it’ll be easier for people to accept others on the sex or gender spectrum.”

Beth Evans, a sophomore at the University of California, Los Angeles, says that it’s difficult to give intersex one specific definition because it varies widely from person to person. “I’m intersex, and that means something different for me than it does for any other intersex person,” she says. “Even two people with the same condition may not be exactly the same in terms of characteristics and identity.”

According to the Inter/Act Youth blog, being intersex is almost as common as being a redhead, there are more than 30 intersex conditions, and most intersex people use the terms “intersex” or “differences of sex development” (DSD).

Related: Here’s What Everyone Should Know About Asexuality

What are common misconceptions about intersex people or conditions?

Since intersex people are so rarely discussed in the media, one of the most common misconceptions is that they simply don’t exist. Quinn says that if there’s one thing she wishes everyone knew about intersex people, it’s that they exist—period. “ I would love in five, ten years for intersex to be a common household term that people use,” she says. “That would be incredible.”

Beyond that, misconceptions include that intersex conditions are extremely rare, that gender and sex are the same thing and that being intersex is the same thing as being transgender or genderqueer.

Wong Gregorio agrees that misinformation exists, and that it’s because people just aren’t taught about intersex conditions. “It’s something that is barely covered in medical school curriculum, when in many ways I feel like it’s something that should be covered in every high school health class across the country,” she says.

People also commonly misuse the word “hermaphrodite” to describe intersex people, but this term is considered a slur and is harmful, offensive and stigmatizing to intersex communities. According to Aria*, a junior at New York University who identifies as intersex, “Some intersex people are reclaiming the word, the same way that LGBT people reclaim queer. But I find it offensive, so you can’t just assume that.”

The best thing to do if you’re not sure what an intersex friend or peer wants to be called is to ask them, and use the terms that they’ve defined as appropriate.

Some people also consider intersex conditions and individuals “abnormal.” This happens because of a lack of awareness and education of just how non-binary and fluid human biology really is.

Is intersex the same thing as transgender or genderqueer? Is intersex a fluid spectrum?

Inter/Act is careful to make the distinction between gender and sex, and to say that while someone can identify as both intersex and transgender, they are not interchangeable terms.

Wong Gregario believes that there’s still a lot of confusion associated with the term ‘intersex.’ “People, including medical professionals I know, also frequently confuse intersex with transgender,” she says.

Intersex is when someone’s biological sex doesn’t fit neatly into male or female, and transgender is when someone feels their assigned gender does not match their gender identity. Many people on the transgender spectrum also do not identify with a gender at all.

“I identify as a woman, but I have an intersex friend at Columbia who is transgender,” Aria* says. “He has a hard time explaining that to his friends, sometimes.”

Since there is such a wide variety of intersex conditions, it can be defined as a spectrum similar to the way that transgender and asexual people fall on a spectrum. Inter/Act’s website defines both sex and gender as a spectrum.

What are non-consensual surgeries for intersex people?

Inter/Act is adamantly against non-consensual cosmetic surgeries that are designed to make intersex people fit in more neatly with one of the defined sexes. Many of these surgeries are pushed by medical professionals, or happen when the intersex child is too young to know what’s going on.

It happens all the time: a doctor delivers a child with ambiguous genitals, and the parents start freaking out—they may have never heard of intersex people, or they believe they need to ‘choose’ a sex. The doctor will often decide, with the help of the parents, to perform surgeries so that the child’s sex organs “match” either female or male more closely.

There is more than one problem with this. First of all, the child is a baby, and has no concept of sex or gender yet. The parents and doctor have no way of knowing which sex and gender the child may identify with as they grow up. Second of all, to go along with that, it takes away the child’s consent, and makes a very important decision without their knowledge. Third of all, these surgeries can be dangerous and lead to medical consequences, and are very often considered cosmetic and not medically required.

“We go to hospitals, medical schools, to talk to current or potential doctors about the issues we face and the things we deal with, to hopefully change their views on intersex people so these surgeries stop,” Quinn says.

One of the most common surgeries, according to Quinn, is a removal of gonads, which lead to the individual having to take hormone replacement therapy (HRT) for the remainder of their life. Emily cites a few secondary complications from HRT, such as increased risk of cancer, mood swings and weight fluctuation, and says that those who choose not to take HRT after removal of their gonads can be at risk for osteoporosis. She says that surgeries such as clitorectomy and vaginoplasty are also common, and can cause pain, incontinence, and a potential “host of infections.”

Why are these surgeries so common if they come with so many risks attached? “It comes from a place of wanting to fix something that doesn’t need to be fixed, and it is misinformation that causes that to happen,” Quinn says.

The United Nations recently declared intersex surgeries a human rights violation, and Quinn hopes that the United States will follow suit. These surgeries are absolutely wrong and violate the rights and consent of the individual they are performed on.

How can you be a good ally to the intersex community?

Intersex Awareness Day was on October 26, and while it’s too late to celebrate this year, you can use every day to spread awareness of the intersex community and to battle misconceptions.

Everyone Is Gay, an advice blog by and for the LGBTQ+ community and allies, recommends checking the Intersex Content Hub for events and information, participating in and sharing stories with the hashtag #IntersexStories, and simply talking about and sharing content created by intersex people with your larger community.

You can also check out more intersex resources, and make sure to be both an advocate for intersex people and to let them speak for themselves. Inter/Act is also working with MTV’s Faking It to make their intersex character Lauren (Bailey DeYoung) a true-to-life representation, so if you haven’t already been keeping up with the series, this is one more reason to check it out. “That has really helped changed the narrative,” Quinn says. “It shows intersex as something that people deal with on a daily basis.”

Beth says she loves Faking It. “Lauren is nothing like me in terms of personality,” she says. “I’m more like Amy. But it’s the only time I’ve ever seen an intersex character on a show that I felt really represented our community. She’s not a joke or a stereotype, and she’s not there to be an outcast.”

Wong agrees that Faking It is an example of good representation, and believes that showing intersex characters is extremely important. “I’ll never forget the message I got from a 12-year-old girl who said she got up the courage to contact the support group because of reading the book,” she says. “And there are so many people who have just said, ‘Thank you for telling my story.’” Working to add more intersex stories into our daily media, and sharing the stories of intersex people and characters, is one step toward everyone understanding and accepting the community.

The most important thing you can do to support the intersex community is to keep an open mind, educate yourself, educate others and advocate for the community. Share the stories of intersex people, and tell your friends why you love seeing intersex people represented in the media, such as Faking It’s Lauren.

If everyone is persistent in getting intersex voices to be included and heard, it won’t be long before the misconceptions clear up and we can create a more tolerant society.

Alaina Leary is an award-winning editor and journalist. She is currently the communications manager of the nonprofit We Need Diverse Books and the senior editor of Equally Wed Magazine. Her work has been published in New York Times, Washington Post, Healthline, Teen Vogue, Cosmopolitan, Boston Globe Magazine, and more. In 2017, she was awarded a Bookbuilders of Boston scholarship for her dedication to amplifying marginalized voices and advocating for an equitable publishing and media industry. Alaina lives in Boston with her wife and their two cats.
Similar Reads👯‍♀️ 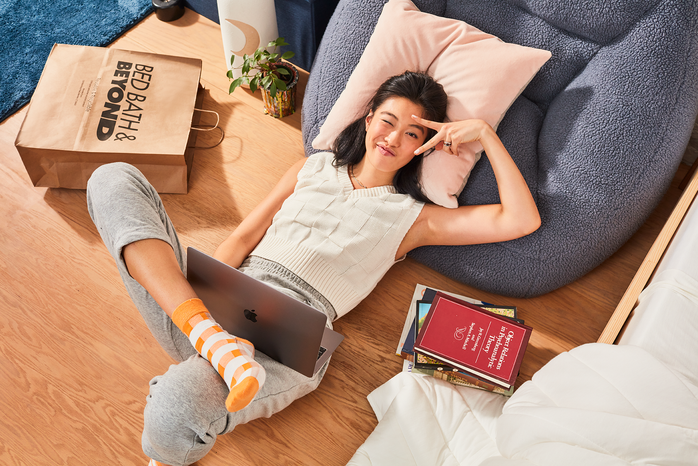 Life
Bookmark These Tips For Your Next College Prep Steps
Read more →
Good stuff only!