This Just In: The Yeehaw Agenda Is Thriving & It’s Time You Hop On Board, Partner

Okay, I have to address something — there has been a huge shift happening in pop culture and music right now and I could have never predicted this new frontier. Lil Nas X just dropped the Old Town Road remix featuring Billy Ray Cyrus (what parallel universe are we living in RN), Solange’s latest album was serving us all the yeehaw vibes as an ode to her beloved H-town, and everyone on Stan Twitter has become a shameless fan of country artist Kacey Musgraves.

I’m not sure what moment marked the beginning of my love for the yeehaw movement — deciding the cowboy emoji is and will always be my favorite emoji of all time, retweeting a million of those “Howdy I’m The Sheriff Of ___” memes, or even the spiral of sub-memes that came out of the admittedly adorable “What in Tarnation” Shiba Inu meme. What I do know is that yeehaw culture is officially my favorite trend on the internet and everyone else seems to be sipping the yee yee juice.

So, where did the yeehaw agenda come from?

Let’s get to the roots of the yeehaw agenda, coined by Bri Malandro on Twitter. Better known as the black yeehaw agenda, this explosion of cowboy imagery and language has taken over our Twitter and Instagram feeds.

I’m just going to be real: I am very here for the black yeehaw agenda. So much so it might get awkward.

The black community is no stranger to this yeehaw culture — from Destiny’s Child to Mary J. Blige, several hip-hop and R&B artists have found inspiration in their southern roots. The yeehaw culture goes even further back, with AFROPUNK reporting that 1 in 4 cowboys during this time period African American, a fact that has time and time again been whitewashed from history lessons.

yee (and i cannot stress this enough) HAW! pic.twitter.com/YEQa7u74Zx

Black pop stars of today like Solange, Beyoncé and Cardi B have further embraced and celebrated the yeehaw life, reclaiming the meaning of the western culture that has always been their own.

Meme culture has embraced all things yeehaw — as someone who spends way too much time on Twitter, I’ve seen the language completely shift within the last year or so — ‘yeehaw’, ‘howdy’, ‘howdy PARTNER’. Everyone and every meme account has jumped on the bandwagon if you will.

howdy. im the sheriff of nutrition.
eat your fucking greens

When you’ve lived in yeehaw country for 2 weeks… #YeeHawChallenge pic.twitter.com/hqffoePA5N

The yeehaw agenda hasn’t been all fun and memes for everyone — Lil Nas X, a prominent Twitter user and rapper, was launched into the limelight after dropping his single ‘”Old Town Road”, a song with some very obvious country music influence.

With the emergence of the TikTok #YeeHawChallenge, the song became a viral smash that skyrocketed across several Billboard Charts. After the tracks immediate success, Billboard took down the song from all of the country charts and released, claiming that “it does not embrace enough elements of today’s country music to chart in its current version” in a statement for Rolling Stone. People were rightfully outraged:

Hi. Former country music label person here.@LilNasX was kicked off the Billboard country charts because the (mainstream) terrestrial country music market is filled to a surfeit with racism and bigotry.

Allow me to explain…

The guidelines are arbitrary and racial. Look at the reaction Beyoncé’s Daddy Lessons got but Taylor Swift sings pure pop and still gets on the country charts. The foundation of Country music is HEAVILY African American (the banjo is an African instrument). We’re just reclaiming.

Lil Nas X’s latest drop of the “Old Town Road” remix with Billy Ray Cyrus — which, in fact, is an absolute banger — has many people ironically begging the question: “is this country enough now?”

I’m honestly not sure if the emergence of yeehaw culture in music and memes is just another sign that we’re living in a simulation, but either way, I’m here for this agenda. May or may not unironically invest in cowboy boots because it’s an aesthetic I can def get behind. 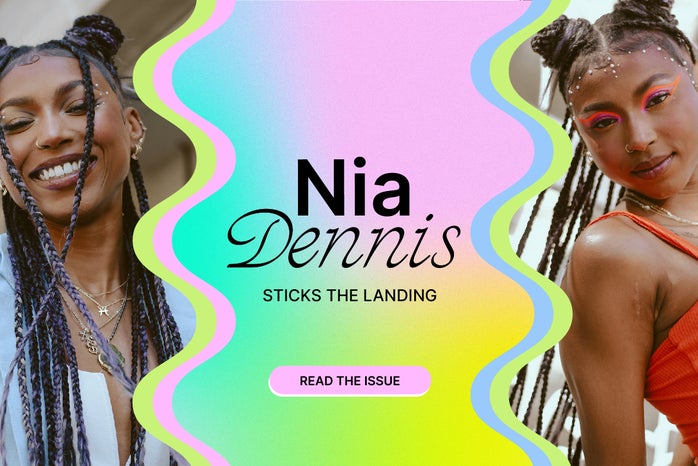