You likely know Zaria Parvez as Duo, the beloved little green owl on TikTok. As a recent grad from the University of Oregon, Parvez is Duolingo’s global social media manager, where she helps run Duolingo’s social media accounts and manages their growing team. Duo has gone viral numerous times on TikTok, known for his unhinged and low-key (OK, maybe high-key) passive-aggressive personality.

Parvez’s job at Duolingo is actually her first out of college, where she studied advertising, business, and psychology at the University of Oregon and graduated in 2020. “I think it was a natural fit to go into social media,” Parvez says of how her major translated into her job. “In advertising, especially in advertising degrees, I went to University of Oregon and you hear about the basic things like art direction, copywriting, video production, but social media was this black box that wasn’t really touched by many people. For me, I was like, perfect. I want to be in that space where it’s really open-ended and you have to be at the pulse of culture. It’s just exciting.” Parvez continues, “There’s always something going on and there’s something funny you can say or a way to entertain and engage [on social media,] and really have an impact on business results.”

Believe it or not, the role at Duolingo was actually the only job Parvez applied for post-grad. “I really loved the company, believed in the mission, and then I just applied online and I got the role,” Parvez tells Her Campus. She immediately accepted the role and took a leap of faith, moving to Pittsburgh, Pennsylvania. “I was very lucky that I only applied for one full-time job out of college and I got this.”

But getting her job at Duolingo wasn’t just a stroke of luck. Parvez curated her resume to match Duolingo’s company mission and vibe, and added pieces of her own personality to her application to make herself stand out. Companies like Duolingo read thousands of resumes a day, and attracting attention, like Parvez did, is key to getting that interview (and hopefully, dream role).

“For me, when I was applying to my job, I don’t even think me being in advertising was a sell for [Duolingo]. It was more the actual way I packaged my cover letter, my resume, and all that stuff. I made it really fun and interactive, as if I was taking on the brand tone of Duo,” Parvez says. (Yep, that fun, passive-aggressive, unhinged vibe Duo has.)

“[In my] resume for accomplishments, instead of that, I called it ‘Makin’ Mama Proud’ and had some sarcastic things underneath of what I did,” Parvez says. “My cover letter was an Instagram post of a badly photoshopped Duo holding a flag that said ‘Hire Zaria,’ and [I] made the Instagram caption from Duo’s POV,” Parvez explains. “[Social media is] creative real estate, and [at] every point you can show the creativity you bring forward as a social media manager. That matters way more than your degree, or even your GPA. Just showing that you can create great content is what gets people excited.”

But Parvez’s advice doesn’t just apply to trying to pursue a career in social media like she did. For whatever role you’re searching for — whether it’s a part-time college job or a full-time job post-grad — make sure you highlight what you bring to the table and to add a bit of *spice* to your resume. It could just land you your dream gig.

Zoë is an associate editor at Her Campus, where she covers Gen Z pop culture, beauty and style trends, and everything in between. She is also a recent graduate from Loyola Marymount University, where she received her Bachelor of Arts degree in English. When she's not writing or editing, Zoë can be found reading, sipping coffee, and exploring New York City.
Similar Reads👯‍♀️ 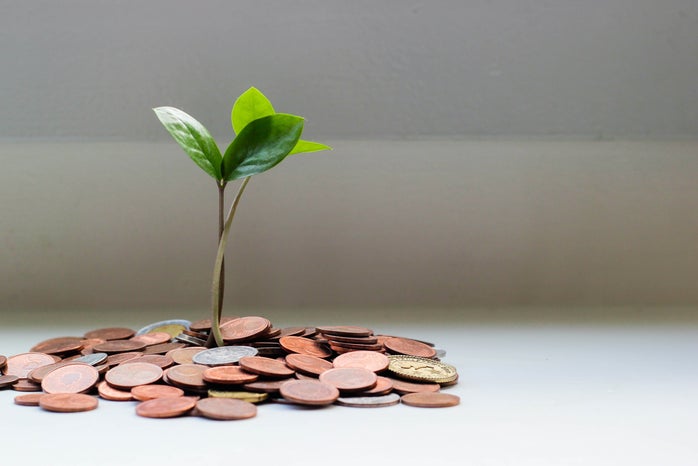