Most celebrity news nowadays comes from social media — Kylie Jenner’s birth announcement, Miley Cyrus’ wedding (rip) and Ashley Graham’s pregnancy announcement are just a few notable events that have come from Instagram. What might be more notable, though, are the comments that are left on the posts by not only adoring fans, but fellow celebrities. Since these comments are news themselves (and sometimes major tea), it’s vital to have some sort of source to track them, hence the now-viral Instagram account Comments By Celebs.

Now a booming business with a just-as-successful podcast, Comments By Celebs has become a go-to source of celeb gossip with a super witty twist. We caught up with founders Emma Diamond and Julie Kramer, who have since added sister accounts to their empire. Here’s how they turned their love for social media and celebrity news into the business followed by celebrities and fans alike.

HC: When did you first realize that Comments By Celebs was going viral? What was it like?

Emma Diamond (ED) and Julie Kramer (JK): I always believed that it was going be successful, from day one, but it wasn’t until February 2018 when the account really started to gain traction. A combination of two things started to happen. First, our posts became regularly cited key sources for breaking entertainment news. Being so heavily involved in the news cycle was very conducive to expanding our audience and propelling our growth. Second, Kelly Ripa mentioned us a few times on Live!, which spiked our growth and notoriety among followers and celebrities. The feeling of her talking about CBC was one we will both never forget; standing in awe in front of the television, as Kelly & Ryan discussed our brand, and the follows started rolling in by the thousands.

HC: When did you realize that Comments By Celebs, once a side hustle, could be a full-time business opportunity?

ED: It was around April of 2018 when we really decided to make this our full-time career. I was finishing up my first of a two-year masters program at Columbia, and Julie was in her final semester of undergrad at Syracuse. We had this feeling of, ‘this is happening, and this is happening now. We have to seize it.’ It was then that I decided to defer my second year of grad school, and Julie decided to put off applying to grad school at all.

HC: What are the biggest lessons you learned from running a mega-Instagram account-turned-business like Comments By Celebs?

ED and JK: We learn something valuable every single day. I think the number one take away has probably been the importance of relationship buildings. My mom always used to say, “be kind to everyone you come in contact with, because you never know their story or how that relationship may come into play.” That is something we hold close and take very seriously – maintaining kindness and professionalism with anyone we interact with. The other key thing is being able to pass up on viral content — if it doesn’t align well with the core values of the brand. In other words, we had to decide early on that our morals will have to lead the ship in terms of deciding what’s ‘fair game’ to post, as opposed to solely what we know would perform the best. This isn’t just for clicks — it’s people’s lives and images, and we try hard to be thoughtful in our approach.

HC: What has been the most surreal moment you’ve experienced while running the account?

ED and JK: It feels like the entire past year has been surreal, in all honesty. We are constantly looking at each other in disbelief that this is the career we get to pursue. I guess the three moments that really stick out the most are: the first time Kelly talked about us on Live, the day our Vanity Fair profile came out, and when Kim Kardashian reposted a clip from our podcast to her story. All of those were “take your breath away” kind of moments.

HC: Why did you decide to venture into podcasting? What was that experience like?

ED and JK: The idea of doing a podcast had always been attractive to us. Neither of us ever had a desire to be on-camera talent, yet we still wanted to have a platform to be able to inform and give our opinions on what’s going on in the world of pop culture. The account is relatively neutral, so to be able to add some character behind that as our voices was very appealing. When we were approached last July, it was a no brainer.

HC: How do you keep on top of all of it? How do you manage your work-life balance?

ED and JK: I think the real way we do it is that this, at the core of it, is just our passion. We’d be obsessing over this stuff anyway, it’s just an added bonus that it happens to be our job. We’re also so lucky to have followers who are just as fascinated by all of this as we are, and are quick to send us something the second they see it. The ability to be on our own schedule really helps maintain a work-life balance. Also, this whole operation is run by three best friends. So, work doesn’t feel like work a lot of the time.

HC: What can we expect from Comments By Celebs in the future? What’s the next step?

ED and JK: A lot! We’re excited to continue growing our podcast, and explore potential different formats with that. We are also really starting to be open to the possibility of video, and what exactly that would look like. The goal is to grow a rather robust media company, focused around our genuine love of pop culture. We also just launched @commentsbybachelor, in addition to @commentsbybravo, @commentsbyathletes and @commentsbyinfluencers. We’re having fun exploring different sub-categories and building this ‘comment’ empire.

HC: What advice would you give to a 20-something with aspirations in the entertainment, social media, podcasting, or media industry in general?

ED: When I was growing up and would express uncertainty as to my future career, my dad would always say to me, “Emmy, you do what you love and you’ll never work a day in your life.” I now realize what he meant. Choose something you’re passionate about. Choose to build a career around an interest that already occupies the majority of your time. Most importantly, choose to surround yourself with quality people who support your vision and encourage your creative flow. The cool thing about this industry is that we’re all just figuring it out as we go — trust yourself; if you think you’re onto something, you probably are.

Maya is a senior majoring in journalism at Boston University. She has previously written with College Fashionista as an editorial fellow and FASE Magazine as a fashion editorial intern. Passionate about writing, thrift shopping, memes, skin care, and binge-watching Broad City.
Similar Reads👯‍♀️ 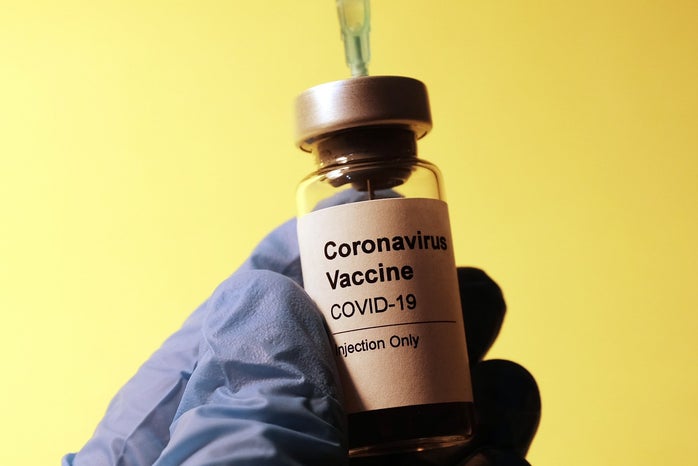 Health
“You Can Be The Missing Drop Of Blood In Someone Else’s Life”: Get To Know The Importance Of Blood Donation
Read more →

Health
Scoliosis and Me
Read more →
Good stuff only!